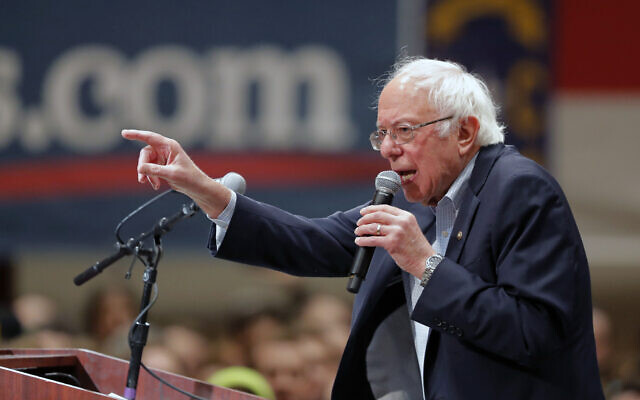 One after another, the establishment liberal media outlets are sounding their retreats, forced to concede in their collective war on Bernie. It has become impossible to ignore or disguise his clear predominance in this primary contest, and the fact that he is the choice of preference, and not the consolation prize, for the American Left.

It is hard to say for certain if the intransigent focus on beating Bernie that seems to preoccupy the DNC and the liberal media outlets stems more from the fear of his “unelectability” – or the fear of his policies. If it is the former, then this establishment has learned nothing from Trump’s rise to power in 2016. “Electability” does not correlate with moderate or conciliatory footing; it correlates with the will of the voters. In 2016, Trump tapped into and channeled what is, perhaps, the greatest political motivator of all to seize that will – the movement of grievance. In his case, it was the grievance of a shrinking white middle-class desperately clinging to power.

Bernie has tapped into that vein of grievance, but on a larger scale: The grievance of the many downtrodden victims of America’s particularly unforgiving brand of Capitalism. It is hard to find a corner of American society untouched by its predatory financial system, and so it is equally hard to find citizens without grievances against that system. The Left does not want a candidate who will parley with that system. They want a candidate who will pull it out by its roots. And so the test of “electability” is cast in Bernie’s favor.

If it is the latter – if the continued and entrenched opposition to Bernie’s candidacy stems from the fear of his policies – then the DNC and the liberal media are at odds with the very constituency they exist to represent. The GOP, after all, is not approaching the table with clean hands, ready to collaborate in good faith. The GOP has long since abandoned the pretense of a dignified, bipartisan leadership, in favor of a winner-takes-all slugfest. The past four years have left America’s Left with few delusions that any Biden, Klobuchar or Buttigieg who approaches this fight with an amiable smile and outstretched palms will be anything other than viciously robbed.

It is time for America’s moderate Left to accept the inevitable, and pick its side. The center is, for better or worse, not a viable option. We will have our fighting progressive candidate, our radical reformer, who will pursue the interests of his voters without regard for the niceties and protocols of his predecessors. Or we will allow our nascent dictator to consolidate his power, and pray feverishly for another chance four years down the road. But prayers don’t win elections. Votes do. And the time to cast those votes is now.

The Democratic Party and the liberal media must decide which future they fear more. And if there is to be time left to rally the party for the general election, they need to decide quickly.

About the Author
I was raised in a small Ultra-Orthodox community in Milwaukee, and made Aliya at the age of 18. I volunteered in the IDF and continue to serve in the reserves. Today I work and research in the field of law, while enthusiastically pursuing my hobbies of historical and political research and discourse. I am a husband and father of two. I see it as my civic duty to strengthen and contribute to my society in any way that I can.
Related Topics
Related Posts
Comments