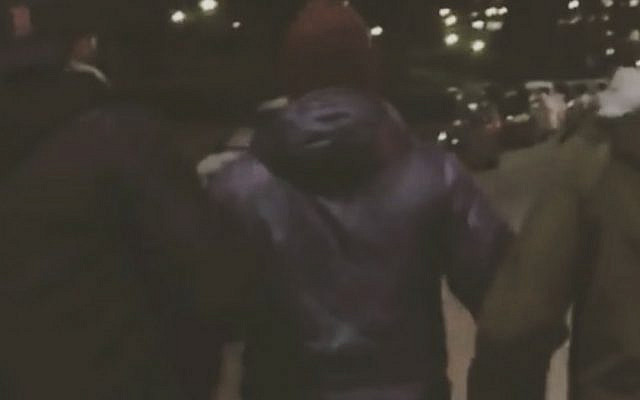 Why does this happen? What happens with the victim? What goes on behind the scenes?

Because the world as we know it was formed by men, it was formed in the way that it would suit men. Preferably white men, but still men in general. Men has ruled through violence against women and children, as well as against each other. Not seldomly over a woman. In that way men built a power-base and a solid ground to keep ruling. Men were the first to vote, men always had a carte blanche if they screwed up. Men can and could pick another wife – even today in western society it’s deemed “strong” and “ballsy” to get another wife. As to prove fertility or the function of the fallos supposedly. Women in turn are questioned – why did you file for divorce? What did you do wrong? Was there a reason for him hitting you? I could go on forever but I think you get the point by now.

So what happens with the victim when 30 men take their turn in raping her? Each rape is a trauma, in this case that translates to multiple traumas. Traumas are known to grow not just 1+1, but exponentially. The calculation of number of traumas vs the impact of trauma is widely debated, but usually in western courts it’s deemed as 1 trauma + 1 trauma equals 2 traumas. Add another trauma and it impacts as 4 traumas. Add another one and the hit will be equal to 8 traumas. Then 16, 32, 64, 128 and so on. Now imagine being raped 30 times and how hard it hits the victim.

A lawyer of one of the defendants said something in line with “she only filed a report to the police after she found out it had been filmed”. There are three very logic explanations for this – first of all, she dared to file the report because there will probably be some hard evidence that can’t be over-looked. Second of all, her behavioural pattern after being raped 30 times are completely normal – would you be able to stand on your legs after you’ve been raped 1, 4, 15 or 30 times? I bet not. My only relief is that she did report it to the police. Third of all – she is a direct victim of secondary victimization, not only was she raped – but it was also recorded. Imagine if someone films you when you are naked and being raped to the point of… the point of… I don’t know. One rape is already a disaster for the victim, so to the point of where we are speechless then.

What’s happening now? The victim has to go through a thorough technical examination in order to collect evidence. She has to expose herself again to people she’s never met. Even though they are there to help her in one way or another. After that a lengthy series of questioning and re-calling each rape in detail, while also pointing out the rapists and be strong enough to do so.

Finally – if this ends up in court, she will face 30 men who raped her, abused her, exposed her to grave sexual violence and who even filmed the crime.

I hope she gets all the help in the world, I hope for a swift and fair trial. I hope that justice for once shall be pursued. I hope it doesn’t end up like it did in the Cyprus-case.

Some of you have been calling for death penalties and castrations – while it’s easy to get emotional (trust me, in a world without laws I would be the first one to chop-chop all of them), we do have to respect the law and the sentencing. Because we shall pursue justice, not vigilance or taking the law in out own hands. If we do so – we haven’t pursued justice. So give justice a chance first, as broken as it is in Israel, it might be able to redeem itself somehow.

These are my words about a shocking, despicable, awful, cruel and evil crime. Branding it as a crime against humanity is not far-fetched. I know this from Afghanistan, Bosnia, the DRC, the Central African Republic and Liberia just to name a few.