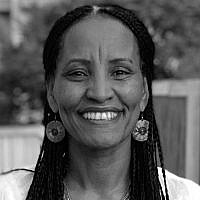 The Blogs
Sigal Kanotopsky
Apply for a Blog
Advertisement
Please note that the posts on The Blogs are contributed by third parties. The opinions, facts and any media content in them are presented solely by the authors, and neither The Times of Israel nor its partners assume any responsibility for them. Please contact us in case of abuse. In case of abuse,
Report this post. 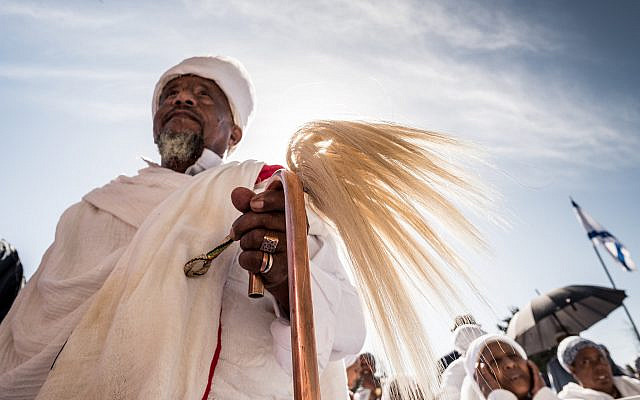 Thousands of Ethiopian Jews take part in a mass prayer of the Sigd holiday, on the Armon Hanatziv Promenade overlooking Jerusalem on November 11, 2015.(Flash90)

When Jews around the world go through the exercise of marking their calendars for the upcoming year’s holidays, it is doubtful that many of them check for the date of Sigd. But they should.

I have celebrated Sigd ever since my childhood in Merevah, a village in northwestern Ethiopia. Taking place 50 days after Yom Kippur, Sigd also includes a day of fasting. The holiday – observed for centuries by Ethiopian Jews and in more recent decades by the sizable population of Ethiopian immigrants living in Israel – centers on the idea of accepting the Torah as well as yearning for Israel and the Temple in Jerusalem.

On Sigd, the community members in Merevah would gather in the middle of the village wearing white clothes and join a procession led by rabbis. They sang Psalms and concluded the procession with the phrase, “Next Year in Jerusalem.” 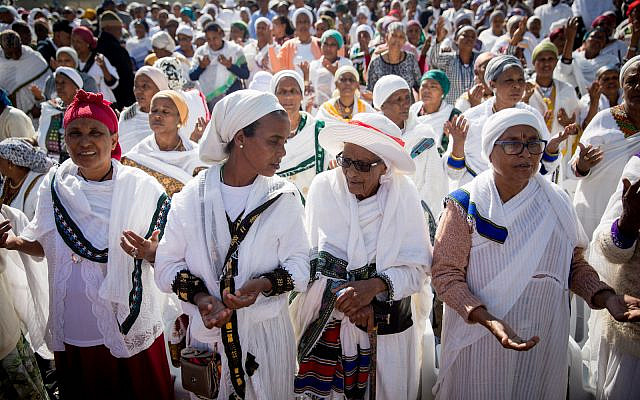 Thousands of Ethiopian Jews take part in a prayer of the Sigd holiday on the Armon Hanatziv Promenade overlooking Jerusalem on November 07, 2018. (Miriam Alster/Flash90)

While I am well-accustomed to celebrating Sigd in Israel, this year I celebrated the holiday in Philadelphia – and over Zoom. On November 3, I moderated a discussion with Ethiopian Israeli scholar Rabbi Dr. Sharon Shalom as part of a Jewish Agency for Israel event, “Sigd: A Virtual Celebration of Jewish Unity.”

The virtual event, which drew hundreds of participants, raised crucial awareness surrounding Ethiopian Jewish culture and the diversity of the global Jewish people. At a time when it is all too easy to focus on what divides us, Jewish unity can be achieved by focusing on the traditions that bring us together. Along those lines, there is much more to the Hebrew calendar than Rosh Hashanah, Yom Kippur, Passover, Hanukkah and other well-known holidays. Jewish communities across the globe can grow closer by learning about each other’s unique customs and cultures, and that education should encompass lesser-known holidays like Sigd.

By studying Sigd, American Jews can also get a more complete picture of Israel and its diversity. Further, during this era in which rising numbers of younger Americans highly prioritize social issues such as diversity, race relations and gender equity, Jewish organizations can meet young American Jews where they are by raising awareness about the Ethiopian Jewish community and other diverse populations in Israel. In that way, educational programming that teaches about Sigd accomplishes the objective of speaking more comprehensively and more authentically about Israel’s religious and cultural landscapes.

Sigd is much more than an Ethiopian holiday. It is a holiday for all of world Jewry. In the coming years, it is my hope that Sigd takes its rightful place on the Hebrew calendar.

About the Author
Sigal Kanotopsky is Regional Director to the Northeast U.S. at The Jewish Agency for Israel.
Related Topics
Related Posts
Comments