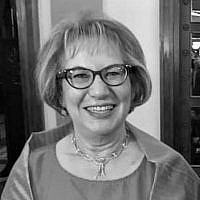 The Blogs
Shalva Weil
Apply for a Blog
Advertisement
Please note that the posts on The Blogs are contributed by third parties. The opinions, facts and any media content in them are presented solely by the authors, and neither The Times of Israel nor its partners assume any responsibility for them. Please contact us in case of abuse. In case of abuse,
Report this post.

In the first half of 2022, 13 women lost their lives in cases of suspected femicide. Femicide is the heinous intentional killing of a woman because of her gender and is the largest cause of premature death among women globally. In seven of the 13 cases this year, the suspect is the partner or former partner of the victim. In three cases, the suspect is the son of the slain woman. The youngest victim of 2022 thus far was just 22 years old, and the oldest was in her 60s. In three cases, Israel Police knew of the suspect because of a previous violent incident, and in two cases, the victim was known to welfare agencies due to her difficult economic situation.

Not all murders of women are femicide. A woman killed by crossfire in a gang war, or killed in a mass-shooting event is not a femicide victim because she was not targeted as a woman. In other cases, the murder of a woman can be defined clearly as a femicide. In many cases, the murderer openly admits to the crime, sometimes explaining that he killed a woman because he thought she was unfaithful to him, or because of “family honor.” However, there are cases in which it is very hard to determine if the murder of a woman was a femicide or not.

Earlier this year, Avishag Pachima died in a case that could well be a femicide, but is not clear-cut. Pachima was only 22-years-old when her body was found in the apartment she shared with the man suspected of causing her death, David Natanzi. Pachima, a young woman from an Orthodox family in Jerusalem studying to be an accountant, had been dating Natanzi for around five months, and the two were engaged to be married.

Pachima’s family describe her as a driven young woman, who loved to have fun and dance, but who also worked hard to bring home good grades at school. After completing her National Service, she attended the Machon Tal college for Orthodox Jewish women, where she earned the President’s Scholarship for excellent academic performance.

On March 5, 2022, emergency services responded to Natanzi’s call and found Pachima dead in their apartment, apparently from an overdose. Natanzi was arrested on charges of causing her death and held in remand for 34 days, before being released to a house arrest of a little over a week. Authorities reportedly could not find enough evidence to accuse Natanzi of Pachima’s death.

After Natanzi’s name was made public, at least three women made additional complaints about him that seemed to show a pattern of abusive behavior towards his partners and dangerous criminal activity. One former partner claimed he had hit her with a hammer. A woman who goes by the pseudonym Orit told Israeli media that she had been in a relationship with Natanzi right before he began dating Pachima, and that he had been obsessive, and got her hooked on prescription medication. She claimed that he had cut her off from her family, prohibiting her from talking to them. He even made contact with her friends, threatening them and telling them not to talk to her. Orit explained how her addiction to medication began: when she suffered from an anxiety attack after a fight with Natanzi, he gave her a pill to calm down. Over time, he continued giving her more and more pills until she became an addict. Orit added that Natanzi used to forge prescriptions, and was himself addicted to narcotics. She said that he forced her to go to a psychiatrist to get prescriptions for medication, which he took from her, and that he hid drugs, and even weapons, in her home. Orit said that she had met Pachima and warned her about him.

Three days before her death, Pachima reportedly called a friend, crying to her that Natzanzi was too controlling and that she wanted to leave him. The friend advised her to call her family to come and collect her. When the friend followed up with Pachima’s mother the next day, she learned that Pachima had not reached out to her family. Her mother therefore drove to the apartment shared by Pachima and Natanzi, where Natnazi’s father told her that Pachima was unavailable. Dissatisfied, Pachima’s mother called the police. When they visited the apartment, they found Pachima, who told them that she was fine. Pachima called her mother, angry that she had contacted the police. Two days later, Natanzi called the authorities stating that he had found Pachima dead in their home.

Natanzi told police that he had attempted suicide, and had tried to prevent Pachima from taking pills herself. A suicide note written by Natanzi was found in his home after Pachima’s body was found. Natanzi’s father was later suspected of tampering with the crime scene after police footage showed him entering the apartment. Pachima’s parents refused to conduct an autopsy on their daughter’s body for religious reasons. Her cause of death was ruled a drug overdose, and anyway it is doubtful whether an autopsy would have revealed any information that would help indicate it was an overdose caused by Natanzi.

At Israel’s Observatory on Femicide (IOF) (www.israelfemicide.org), cases like this present a challenge. We monitor them long-term, hoping additional information will come to light, but often it does not. Femicide is almost always the extreme end of long-term domestic violence. In a case where there was abuse, could a perpetrator who does not pull the trigger still be blamed for putting the gun in a woman’s hand? Or, as in the Pachima case, could the perpetrator who did not necessarily cause her death directly be accused of femicide? These are questions with legal answers, but when classifying what is femicide and what is not, the answers are elusive.

The Israel Observatory on Femicide was established in 2020 at the Hebrew University of Jerusalem. The purpose of the Observatory is to collect and monitor data and narratives about the murder of women, both quantitative and qualitative, and provide means for building an ongoing knowledge base to eradicate the phenomenon. The IOF uses media and official sources to track data; the information in this story is based upon a variety of Israeli media sources.

About the Author
Prof. Shalva Weil, FRHistS, is a Senior Researcher at the Seymour Fox School of Education, Hebrew University of Jerusalem. In 2021, she was a Visiting Fellow in the Faculty of History at Darwin College at the University of Cambridge, UK. She is a Life Member of Clare Hall, University of Cambridge. She specializes in the study of ethnicity, religion, migration and gender. In 2020, she founded the Israel Observatory on Femicide.
Related Topics
Related Posts