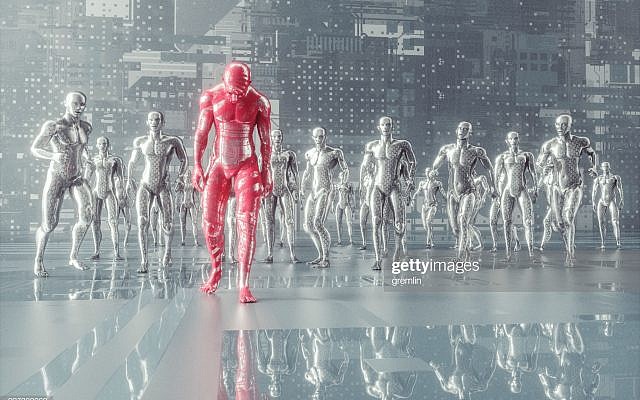 It was the week of the faithful betrayer, Korach. His sons are memorialized in their contributions to the psaltery, in spite of the founder of their line having come to a dramatic and untimely death. Korach was a bonafide Levite. He sprouted from the same branch as Moses and his brother Aaron, the first lineage holder of the priestly investiture. They were cousins. But we all have relatives in our family trees like that, don’t we? Unstable, prone to mercurial dissolution, or shifty to the point of tragic betrayal. We don’t forget them, sometimes can’t, no matter how we might avert our eyes. Even Elisha ben Avuyah, the Roman-era apostate who sold his fellow Jews into the brutal hands of empire, even he is quoted by name among the sages enshrined in The Sayings of Our Ancestors. Named in full! Surprising, as he is commonly referred to as “The Other,” so reviled was he for the depth and consequences of his betrayal.

In the case of Korach’s rebellion, for the hubris of demanding equal booking with Moses and Aaron, Moses designed a test, seemingly without consulting The Blessed Holy One, the fire-pan test, to illuminate who held sway and who was the pretender. Thus, sans divine instruction, Moses called down Heaven’s wrath upon a group of more than 250 souls, among them his cousin Levites, as well as a handful of descendants of Reuben, famously “unstable as water” by his own father’s description. No surprise that long-suffering, tongue-tied Moses, weary of herding these obstreperous cats, might unconsciously loose the full force of divine fury upon the lot of them. Monsters from the Id. With a little post hoc damage control, Moses was able to limit the collateral damage to a mere 14,700 souls who perished in the plague, divine wrath roiling in the cloud that covered the Tent of Meeting, the Great and Powerful Presence.

Lucky for the other 580,000 some odd Israelites, Aaron, at The Merciful One’s suggestion, could intervene with the mojo of his own fire-pan to spare the rest. As per Moses’ conjecture prior to the test, the ringleaders and their families were swallowed alive into the bowels of the earth. The 250 Levites-who-would-be-priests were incinerated with fire from their own fire-pans that leapt up to unite them with the divine conflagration. Shades of the holy flame that consumed Nadiv and Abihu, the first of Aaron’s sons to be invested with the priesthood, as they too toyed with the making of offerings outside the guardrails of prescribed practice. Tradition does not see them so much as wicked, just a little overzealous for heaven. Having short-circuited the Divine Efflux, they were taken up in a flash to Boundlessness. Possibly why Aaron was instructed not to mourn his sons. It was a promotion. Sort of.

In the case of the 250, The Ineffable One instructs the priest Eleazar, via Moses, to remove the fire-pans of the incinerated betrayers “for they have become sacred.” Whoah, full stop. The dudes who challenged Moses and Aaron have left behind a sacred relic. Imagine the Church preserving the thirty pieces of silver and hammering them onto Jesus’ cross! In this case, the 250 errant fire-pans were hammered into sheets “as plating for the altar,” serving double duty as a warning to the hoi polloi, “stay back!” After the smoke has cleared, The Father of Mercies devises a kinder gentler test to demonstrate the true priestly lineage. Moses collects the tribal staves of the leaders of all twelve tribes, including Aaron’s as head of the Levites, and has them placed in the Holy of Holies. The chosen one would sprout new life and the other staves would remain barren.

Strange, isn’t it, that they couldn’t have done the simpler and less violent test first? Of course, Aaron’s staff sprouted an almond branch–blossoms, fruit and all. The paragraphs that follow are a recap of the Levitical role among the tribes of Israel, the conductors of the dangerous electricity of the Holy, in the face of the massive resistance of the people. Ohm’s Law reified with the Jewish people! They literally eat the guilt and sin offerings of the Israelites. In turn, they own no land, nothing to insulate them from penury, and are dependent upon the largesse of their fellow citizens. But what is this almond branch? The medieval sage Rashi tells us that it connotes watchfulness and diligence. Almonds are the first trees to flower in Spring. The 19th century sage dubbed the Rogatchover Rav tells us it presages the transformation of the bitter into sweet, the ripening flavor of the almond. Perhaps both are right.

Hidden within the emotional complexity of warring tribes and contentious cousins is the inner life of the greatest Hebrew prophet. Moses is the only one of the 55 named prophets believed to have spoken to the Unknowable One face to face. As the first and only to be so honored, it seems The Ineffable One cut him a lot of slack, tried to teach him, train him to lead the desert horde, through a series of hints and suggestions at various points. Perhaps The Holy Father did not wish to embarrass his number one son, so gentle a teacher. But a watchful father knows his child’s character, every flaw and virtue. And Moses’ flaw, though humble to a fault, was his fiery mien. He had a temper. Possibly an inherited trait from his great ancestor Levi. It was perhaps his igneous nature that led Moses to strike the rock that lost him the golden ticket to The Promised Land. It is in the next chapter of the story, at “The Waters of Contention,” that Moses strikes the rock to obtain water for his thirsty tribes, rather than speak to it as he had been spoken to. Moses’ anger may have got the better of him. Maybe.

Rivers of ink have been spilled as to why such a simple act, hitting the rock instead of talking to it, should have done the great prophet Moses out of his place in The Holy Land, the goal toward which he strove forty years in the wilderness, leading an unruly mob of 600,000 some odd Israelites. Maimonides, the 12th century sage, said it was an unseemly display of anger, and perhaps what happened at the scene of Korach and company might support that view. And let us not forget the tossed stone tablets. Why couldn’t Moses have gone straight to the contest of the sprouting staves rather than having raised up the wrath of God? Many are the twists and turns of rabbinic thought that touch upon this contentious rock. Rashi, Nachmanides, Ibn Ezra, Sefer Ha’ikrim, Abarbanel and the Rogatchover all weigh in.

But in modern history, there is an intriguing reading regarding the quarrelsome rock that may illuminate the Korachite rebellion as well, that of the Psychoanalytic Rebbe, Shalom Dovber of Lubovitch, 1860-1920. Psychoanalytic in that he was sufficiently au current to consult with Sigmund Freud, as documented by his son but not revealed to the public until many decades later. To summarize, he opines that had Moses simply spoken to the rock and the water had flowed freely, the people would have literally as well as figuratively experienced God’s word in the desert. The Rebbe posits that Moses knew his people better than God Himself. He knew that if the word of God came too easily to them that they would not value it, would not cleave to it, not nearly so fiercely as if they engaged with it in struggle. Very Dostoevskian. True or not, a similar message may be decrypted from Korach.

The simple sprouting of an almond branch from Aaron’s rod, the test that The Holy Ancient One offered after Moses’ catastrophe, might not have carried the oomph to engage the people in the path that had been prescribed for them. So by the reasoning of Reb Dovber, Moses, the faithful betrayer of God’s will, with his faithful accomplice Korach, ensures that the struggle is enshrined in memory and pulls a bit more at the consciousness of the Israelites. Midrash tells us that those who came by the spot for years after the event could hear Korach and his family crying up from within the earth, “Moses was right!” What they carried for the remainder of the wilderness journey was the copper-coated transformer AKA altar, keeping the voltage alive for another thousand years, the duration of the Temple priesthood. Was it a good thing? Well, a similar argument was had over the course of centuries in the pages of the Talmud about King Hezekiah’s decision to conceal the wondrous Book of Healing. Ultimately the rabbis came down on the side that it was good. If people struggled with their illnesses they might better become aware of their spiritual source. Not an appealing conclusion to your average physician. Nachman of Bratslav, late 18th century chassidic master, sweetens that bitter pill by assuring us that the book has actually been preserved all along, in encrypted form, as The Song of Songs. And so the dialectic goes, the hard way versus the magical way, the bitter and the sweet.

About the Author
Michael Diamond is a writer based in the Washington, DC area. He practices psychiatry there and is a doctor of medical qigong. He has published verse, fiction and translation in Andrei Codrescu’s journal, The Exquisite Corpse; in the journal Shirim courtesy of Dryad Press; in the online journal for Akashic Press; in New Mexico Review, The Deronda Review, The Atherton Review and in The Journal of the American Medical Association. He lives in the suburbs with his wife, an artist and illuminator of Hebrew manuscripts, their dog, two cats, a cockatiel named Peaches and a tank of hyperactive fish. He has had a strong interest in Torah since first exposed to traditional stories as a child. Over the course of his life he has run the gamut of spiritual exploration of many world traditions of meditation and mythology. For the last several decades he has landed squarely in the traditional Jewish world. His writing is informed by all of this experience, by his curiosity about today's world and by his desire to mine the Jewish experience for its hidden and revealed wisdom. Torah Obscura, a glimpse of an otherwise invisible world afforded by a small aperture for light. All materials herein copyright © 2018 Michael S. Diamond. All rights reserved.
Related Topics
Related Posts
Comments
Advertisement