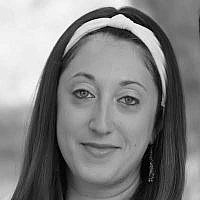 The Blogs
Shana Aaronson
Apply for a Blog
Advertisement
Please note that the posts on The Blogs are contributed by third parties. The opinions, facts and any media content in them are presented solely by the authors, and neither The Times of Israel nor its partners assume any responsibility for them. Please contact us in case of abuse. In case of abuse,
Report this post. 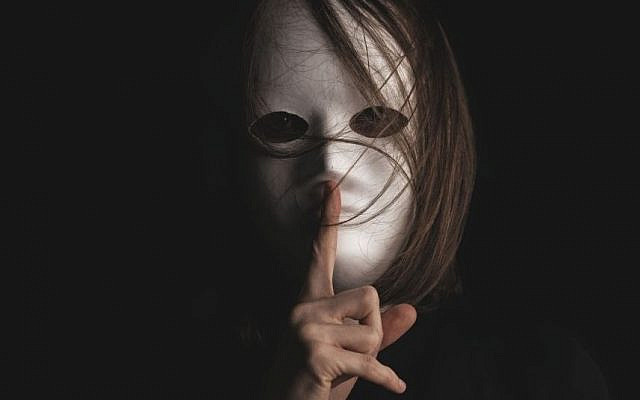 When you work in sexual assault advocacy, you are privy to an endless amount of inaccurate information that gets thrown around, whether it be on the internet or shared at the shabbos table.

Inaccurate and misleading information is always damaging. But if I had to point to just one issue where myths do by far the most damage in the fight against sexual abuse and assault, it’s those surrounding false reports. Calling out those who intentionally promote myths around false reporting is perhaps one the most effectives ways to give those abused the confidence to come forward and seek justice.

“The #MeToo movement was so important and no one is a bigger feminist than me, but it’s open season on men now. Anyone can get angry at anyone and accuse them of abusing them and there are no measures in place to protect men from false allegations.”

“So many men’s lives have been ruined by false reports; there’s an epidemic of false allegations”

“I know it’s just a matter of time before some woman accuses me of something!”

“The longer I work in education the more likely I know it is that some student is going to say I was inappropriate with them.”

“I’m happy to allow a victim to go to the police if the abuse really happened, but there are so many cases of false allegations that you have to make sure it really happened first!”

Have you ever heard any of the above? I have. I’ve heard variations of every one of those sentences, on at least one occasion, by influential people in our communities.

Obviously, false reports can have severe consequences and ramifications on an innocent person’s life… which is exactly why there *are* so many measures in place to make sure they don’t go anywhere.

When a victim makes a report, they are questioned extensively by the police. Indictments can not be filed based on vague allegations; they need specific descriptions of abuse, on specific dates (or at least a close approximation of the date of the incident) with as many details as possible. This is incredibly difficult for victims to recount, because traumatic memories just don’t lend themselves well to this kind of recall. But this is the law, and this is how the system works. I have watched detectives sit with victims for hours while they try to verbalize and sometimes physically simulate the horrific actions perpetrated against their bodies and souls. I have sat with victims pouring over diaries and journals, recounting holidays and birthdays marred by sexual assault, all in an effort to give law enforcement the necessary timeline.

Because when you accuse someone of assault, the unspeakable needs to be spoken… or else the case gets thrown out.

I will not even get into the confrontation process, or to court testimonies, because *the vast majority of cases don’t even make it that far*. I’ll get to that shortly.

So that’s all good and fine when it comes to police reports, you might say. But what about the media? They accuse people all the time!

Do they though? I’ve worked with tens of journalists, and participated in numerous exposes of sex offenders and predators. The investigative process and due diligence is strict and extensive, to say the least. Media outlets have deep pockets which make them very attractive targets for libel and slander lawsuits. Mainstream media outlets have a legal TEAM devoted to protecting them, and those lawyers review every such allegation before it airs. And by “reviews”, I mean goes through with a fine tooth comb. They require multiple victims to be willing to share their stories on the record. They require recordings or documentation, endless corroboration. The vast majority of cases known to journalists never see the light of day because they can’t get enough evidence to meet the incredibly high standards set by their legal departments.

And let’s talk about Israel’s slander laws for a moment. Israel has some incredibly restrictive laws with regard to slander and defamation. By “restrictive”, I mean the laws make it far easier to sue than in other places, like the US. For example, you do not need to prove that you were damaged in order to sue for defamation in Israel. Cases are virtually never thrown out during pre-trial motions, so pretty much anyone can sue anyone if they can point to even remote slander against them. Now they may lose, but abusers frequently count on victims panicking and dropping their allegations when confronted with the prospect of a lawsuit. Because even if you’ll win in the end – it’s a headache, expensive, and pretty darn terrifying if you’ve never dealt with the legal system before.

Speaking from personal experience – I’ve been sued or involved in lawsuits more than once and it’s one of the less pleasant experiences I’ve had. Bearing in mind that I am a well-connected (in this area) professional with an organization and a team of professionals and a board of directors and insurance and several lawyers… And it has still been incredibly unpleasant, time-consuming and stressful. If you’re a traumatized victim of sexual abuse with little financial resources, just working up the courage to tell your story – and you’re slapped with a lawsuit… you’re terrified.

In all of the years that I’ve been working in this field and all the hundreds (thousands??) of victims I’ve spoken to, I have been privy to exactly three instances of cases that may have been false reports.

In all three cases, no one’s life was ruined by the false report. In the worst case scenario, the whole situation amounted to a very awkward conversation or two for the accused.

But you know what I’ve seen hundreds (thousands) of?

Cases closed due to “lack of evidence”.

Victims not being believed due to the abuser manipulating and grooming the community.

Victims terrified to get help because of social stigma.

Abusers going on to abuse and prey on others because initial allegations were not taken seriously.

Claiming “there is nothing stopping anyone from accusing anyone of abuse or assault” is a ridiculous distortion of reality.

So what about numbers?

And out of actual 1,000 assault cases, .07 false reports of sexual assault will be made to the police.

Put simply, focusing on false allegations is like the statistical equivalent of refusing to wear a seatbelt because of those rare cases when people are killed in an accident because of their seatbelt. Yes, it happens. Yes, it’s horrific. But it’s not even remotely the primary danger at play, and *it is almost always focused on to the detriment of the actual, real, present, and likely dangers*.

Obviously if you’re the rare individual who was falsely convicted for rape and sat in jail before being exonerated, you don’t really care about statistics – you care about being falsely convicted and the months or years of your life that you’ll never get back. That’s more than understandable. But the claim that “there is an epidemic of men being falsely accused of sexual assault” is a lie.

And the idea that you need to first “verify” if an allegation is true before reporting it?

That’s called interfering with a criminal case, at best, and corruption of evidence or witness tampering or intimidation, at worst. You do not need to “verify” anything before performing your legal, moral, and halachic obligation to report abuse. There are official bodies whose job it is to investigate those alleged crimes – do not interfere. Building a case with sufficient evidence is difficult enough without interference in the process.

“False allegations are so prevalent, it’s just a matter of time before someone accuses ME of something!’ and “The longer I work in education the more likely I know it is that some student is going to say I was inappropriate with them.”

Over the years, I have heard three prominent individuals throw out that line publicly. All three of those men were predators. That’s not a cute, casual, little soundbyte. That’s called laying the groundwork for a defense and reputational comeback and an upcoming “See! I told you it was just a matter of time before someone accused me!” Don’t be naive. No one has reason to believe that it’s “just a matter of time” before someone accuses them of sexual assault… unless they’ve committed sexual assault.

Those who promote the false narrative that a major problem with sexual abuse is the amount of false complaints, are themselves part of the problem. This myth undermines confidence in the ability of journalists, activists and the criminal justice system to understand when a complaint is serious or not, and perhaps most importantly, it undermines the confidence (already a scarce commodity) of those who have been subjected to sexual abuse or intimidation that they will receive a proper hearing and the ability to achieve a just outcome.

So the next time someone you know begins to talk about false accusations, please remember all of this somewhere in the back of your mind. Perhaps consider, who stands to actually gain in this situation by being dishonest? Is the concern here really false allegations, or are “false allegations” being used as a smokescreen for the far more prevalent injustices?

And then, use your words and actions to help create safer, honest, and just communities.

About the Author
Shana Aaronson is the Executive Director of Magen for Jewish Communities, an Israel based non-profit providing education, awareness, mental health support, advocacy, and investigations around sexual abuse and its effect on individuals, families and communities. Shana holds a degree in psychology, certification in educational guidance counseling, training in abuse prevention with at-risk youth, and IFS therapy. Shana formerly served as the Assistant Director at Tzofiah, as social services coordinator for Magen Child Protective Services, and as COO of US based Jewish Community Watch. She volunteers as a madrichat kallot and birth assistant to women with histories of sexual and physical trauma. Shana lives with her family in Mateh Yehuda, Israel.
Related Topics
Related Posts
Comments