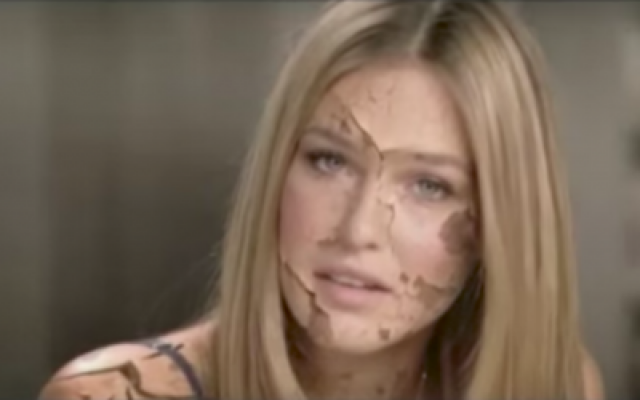 If you think that Israel’s recent rains and desalination program mean that we don’t have to worry about having enough water, I don’t mean to rain on your parade but you’re all wet.

With relatively heavy rains the last few weeks and expected again this week, I have seen many celebratory and anticipatory social media posts. It’s wonderful to see Israelis care about this. Many note, factually, that in two days alone last week the level of the Kinneret rose more than 20cm. Indeed, this is something to celebrate. When the Golan snow melts, the trickle-down effect will also help the Kinneret rise further. Despite this, every Israeli needs to conserve and not become complacent or get a false sense of security.

After years of dry winters, the level of the Kinneret remains dangerously low. 20cm is awesome. But the Sea remains more than five meters below the optimal level. All rain is needed and appreciated. Though in our prayers we are careful to note that we seek rain for a blessing. To that end, we must pause to remember Sgt. Evyatar Yosefi who drowned in heavy waters exacerbated by the rece 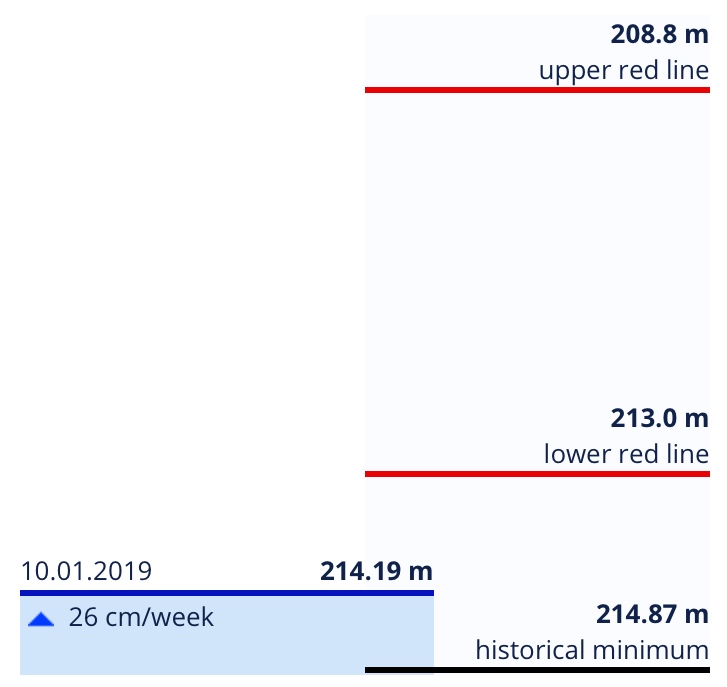 Where does the Kinneret really stand? As of today, we are about one meter the below the lower red line, where experts say ecological damage begins. Officially this is the level beyond which pumping is prohibited. We are less than a meter above the black line at which point water cannot be pumped and ecological damage may become irreversible.

On the other side, we are about five meters below the upper red line. This is the optimal level at which point the dam at the southern end can be opened and allow water flow to the Jordan River and hopefully reach the Dead Sea as well.

That means that the recent rains represent about four percent of what we need. To reach optimal capacity, between now and Pesach when we stop praying for rain and our rainy season ends, we need about 5 cm per day, every day.

From either perspective, the glass is half empty. Prayers and action are needed.

Think about it this way. Go into the biggest room in your house. Bring a 1.5-liter bottle of water and place it in the middle of the room. Imagine that room double the height, and full of water. Note what a relatively small volume that one bottle represents. A drop in the bucket. Estimate how many thousands of bottles of water would you need to have just to fill your room. And then multiply that by tens of thousands, or more. That will give you a sense of how much water is actually needed.

Simply celebrating heavy rain can also give a false sense of security. After several years of low rain, and increasing demand by a growing population, even with all the desalination and water recycling we do, the level of the Kinneret remains dangerously low. The trickle-down effect also impacts the Jordan River and Dead Sea both of which suffer perilous ecological problems.

The good thing about prayer is that we can do this from anywhere in the world. Indeed, millions of Jews pray for rain in Israel daily, as do many Christians. But here in Israel we need more than prayer. We need action. Everyone has an obligation to conserve water, in any way, and every way, possible. It is simply not something that we can take for granted.

Go back to the bottle of water in your room. Now, think about how much water you use every day, drinking, washing dishes, flushing, doing laundry, and cleaning the floor.

In the Midrash we understand that during the exodus from Egypt, God did not split the sea until Nahshon showed his faith and walked in up until his nose. Today, in addition to praying for rain, it’s time to pull a Nahshon. Let’s show God, through our prayers and actions, that we’re ready for Him to open the heavens and fill the Sea, and our rivers and aquifers. Rather than drying up a sea so we can cross, we need to fill the Sea so we can live.

We don’t need to walk into the cold Kineret up to our nose to do this. But we do need to conserve. We need to conserve in everything we do from shortening showers, washing dishes, flushing, and watering plants.

The prayers of millions around the world mean a lot. But, there’s a practical way in which our friends overseas can help. Israel just ended a year of record tourism, more than 4 million people. That’s awesome. But if each tourist is here for just a week and we average that across the year, it represents about an extra one percent of the population. We can sensitize tourists to the need to conserve as well, many of whom are coming here out of affinity or religious reasons and want what’s good for Israel. Many come from places where water is not scarce and so their usage habits are more liberal. We can change that.

Over the decades, Israel’s agriculture has blossomed, much of which is grown with recycled water. Israel is a world leader water recycling. But still, we need to be aware that it takes lots of water from farm to user for each orange, tomato, cucumber, or eggplant. Both Israelis and our tourist friends can also be aware of this and not overfill their plates at breakfast with yummy tomatoes and cucumbers that just get thrown away. That’s just like throwing away water.

Step up Israel. This is your chance to rise to the occasion. We’re all in this boat together.