The elegantly dressed Lady was waiting for us with a big smile in the open air in Vidracco, a small village under the Italian Alps.״Con voy (‘I’m with you’ in Italian). My name is Goura Loto”, she introduced herself. “Goura is a crowned dove. Loto, my plant name, is Lotus”, she explains. “I am living in the federation of communities of Damanhur”. 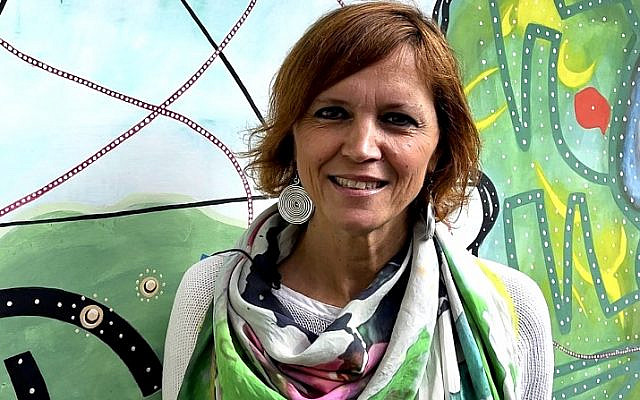 At that moment it hit me that my long-time aspiration to visit the community of Damanhur is happening. Members of this eco-village and a spiritual community call themselves with plant and animal names, as a symbol of renewal and connection with nature. The next few hours with Goura were some of the most intriguing ones in my life. Nothing prepares you for this highly recommended and stimulating adventure.

In this small village, 50 km from Turin, hidden between endless trees, in a landscape that is almost similar to an Israeli kibbutz live 500 people, members of the community of Damanhur – literally, city of light. The only backdrop difference might be the endless mix of sculptures and statues of human beings, animals and birds. The scenery is clearly almost fictional, but yet fascinating. 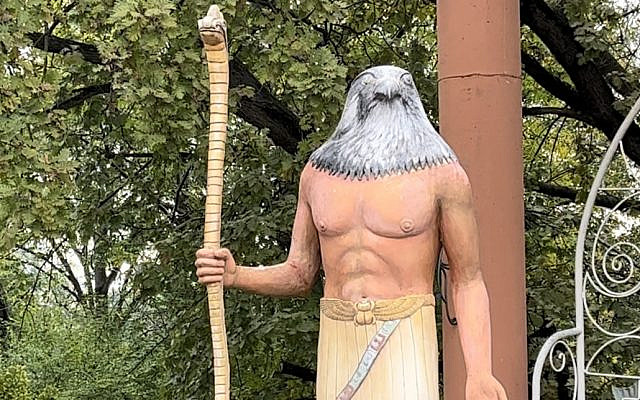 “Damanhur is an intentional spiritual community made of different nuclear families”, explains Goura. “We live here in a beautiful green valley with the goal – one of the main goals of Damanhur – to reawaken the most beautiful parts in ourselves, to benefit humanity, to benefit ourselves and to become self-sufficient. To spiritually awake and express our beauty, our talents”, she says.

Damanhur founder was Falco Tarassaco who died in 2013 aged 63.  According to Falco the entire universe is pervaded by a unique, cohesive intelligence that is conscious of itself, which takes on animal, plant, mineral, spiritual, temporal forms and characteristics that forms an energy. His bronze statue is placed in the community courtyard.  Members of the community cherish and constantly keep respecting  his legacy. 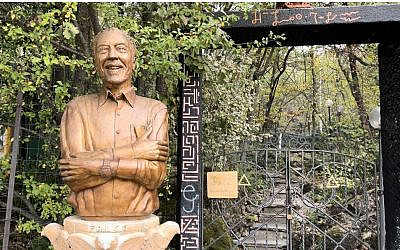 We leave the main compound and follow Goura by car on a curvy road up the hill.Minutes later we were going down deep into a staircase similar to a coal mine, in the direction of the unknown. What we visualise leaves us speechless. We witness what many have called the eighth wonder of the world, or the largest underground construction in the globe created by man. Hidden away lies a massive hand-built place of admiration to our globe, many travellers are not aware of and never see. 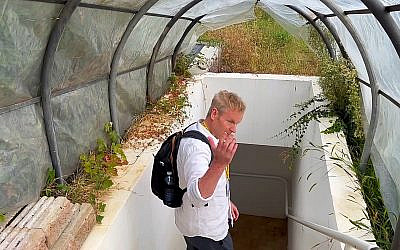 The temples I heard so much of are real. Shining, lighted, well maintained. I am tongue-tied. Goura was there, smiling at my astonishment, with the explanation: “In Damanhur we have a beautiful magnificent temple , it is called the Temples Of Humankind and it was built starting 1978 by the people of Damanhur. This temple is a living library. It is a 3 dimensional book where we use architecture and art to tell many different stories connected to the evolution of the human soul. It celebrates humanity as a whole, let’s say the most beautiful part of humanity. The temples are an underground structure of halls and the complex is formed by different galleries. The structure as a whole is richly decorated by a lot of art, a lot of creativity, and a lot of fantasy”. 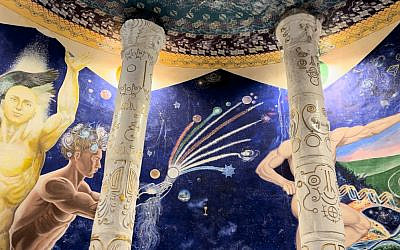 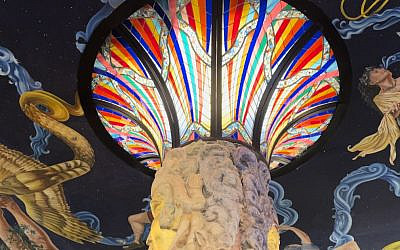 Detailed of the curved capital in Tiffany glass of the central column, Hall of Victory (photo by Motti Verses) 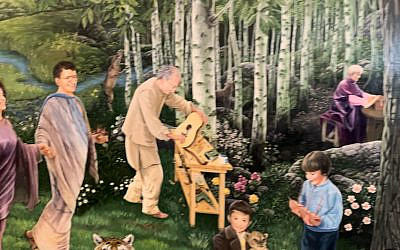 Detail portraying a man wood-crafting a guitar on the wall painting, Hall of Victory(photo by Motti Verses)

But how on earth was this temple excavated and decorated, I asked myself. Apparently it was a rather challenging task. Records indicate that digging in the mountain using picks and buckets to carry away the earth started approximately 40 years ago. Digging was taking place day and night by no more than 20 people, starting with a corridor and then creating the Blue Temple. The smallest hall today, but looking at Goura’s face, I witnessed the extreme admiration to those past diggers. My thoughts were with these young community members. What motivated them to pursue this ingoing difficult adventure out of their own free will? The founders chose the location very carefully. According to their belief, Damanhor sits on a pivot point where 4 of the 18 synchronous lines of the earth intersect. This apparently has a positive effect on the energy of the place: it benefits the soil, the vegetation and the people. 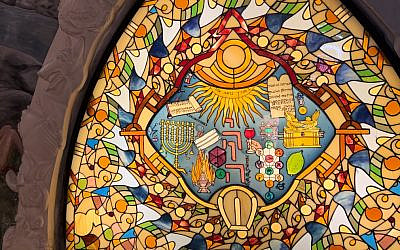 The window dedicated to Judaism, Hall of the Labyrinth (photo by Motti Verses) 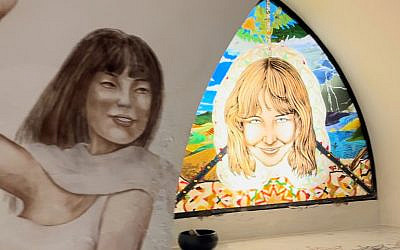 Detail of the wall painting and the window dedicated to the adolescent age, Hall of Metals (photo by Motti Verses) 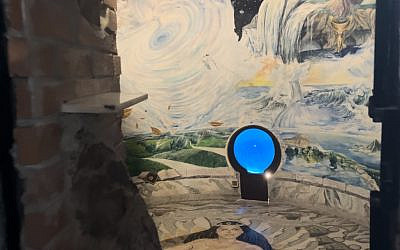 Details of the entrance door in bricks and stone on the left, wall paintings, and the sphere, the Blue Temple (photo by Motti Verses)

The Temples of Humanity occupy 8.500 cubic meters of underground space, divided into five floors, up to a depth of 72 meters beneath the ground. No air conditioning system is in use. Natural air is what the visitors breathe. With the small numbers allowed inside, the oxygen is sufficient. Yet additional halls are continuing to be built. I mention Gaudi’s La Sagrada Familia endless project church in Barcelona. Goura’s smile was an indication of an agreement with the resemblance.

I must admit this is the most positively minded temple I have ever seen in my lifetime. It clearly puts human kind at its best, objectively with no prejudices. Emotionally, it was a profound experience to be cherished. Walking out, breathing fresh air, I couldn’t stop thinking – was it real or was it fantasy. 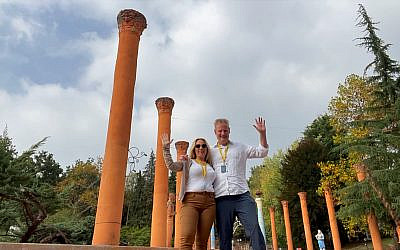 The Open Temple in the capital of Damanhur, Damjl (photo by Motti Verses)

Damanhur and the underground Temples Of Humankind – surely a visit one should experience.