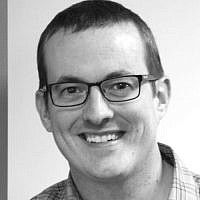 The Blogs
Ryan Aviv Fagan
A Jew in the Frozen North (Minnesota)
Apply for a Blog
Advertisement
Please note that the posts on The Blogs are contributed by third parties. The opinions, facts and any media content in them are presented solely by the authors, and neither The Times of Israel nor its partners assume any responsibility for them. Please contact us in case of abuse. In case of abuse,
Report this post.

Last week, President Joseph Robinette Biden Jr fist bumped MBS. This comes nearly 21 months after I stated on this very blog that “a Biden presidency will be leaps and bounds better for Israel than Trump having a second term will be.” I stand by that.

No troll emailing me using expletives changes my mind on that. I did a double-take when I saw an email from this person last night. Did they bookmark my October 2020 blog post 21 months ago when it was first published so that they could revisit it when Biden did something they didn’t like and send me a message from the contact form as a way to “own” a lib?

Trump was bad in many ways.  The way he stirred the pot and brought even more white supremacists and anti-Semites out of the woodwork did bring and continues to bring long term harm.  He was not a true friend to the Jewish people.

In the long term, it is still better for the Jewish people (and Israel) to have a liberal supporter in the White House than a divisive stalwart (who only ‘championed’ things in Israel in order to shore up the Evangelical base).

Biden still is the president who could will the Israelis to make the sacrifices that can lead to a real, lasting peace. That is my opinion, and the opinion of many others. Everyone is entitled to their own opinion.  If you disagree with an opinion, you don’t have to be a jerk.