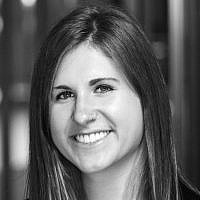 The Blogs
Rachel Pleet
Apply for a Blog
Advertisement
Please note that the posts on The Blogs are contributed by third parties. The opinions, facts and any media content in them are presented solely by the authors, and neither The Times of Israel nor its partners assume any responsibility for them. Please contact us in case of abuse. In case of abuse,
Report this post. 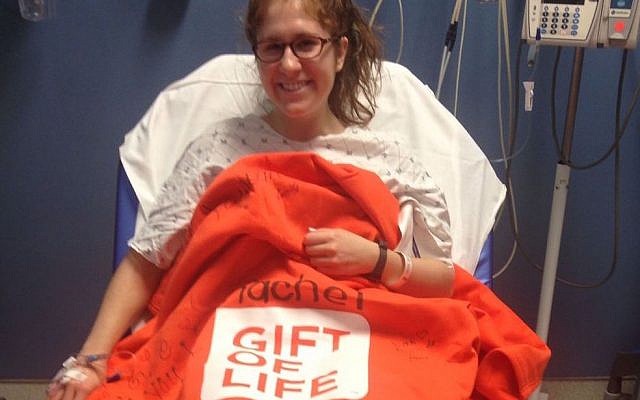 I moved to Israel from the United States in July of 2017, but the meaning of my aliyah deepened significantly a few months later when I got a call from the Gift of Life Marrow Registry that I was a match. A perfect match in fact, for a 72-year-old female dying of Myelodysplastic Syndromes (MDS).

In 2012, as a first-year counselor at Camp Ramah Poconos, I remember feeling both proud to swab onto the registry and apprehensive of what it would actually be like to get the call and undergo the medical procedure (I’m not the first person to get anxious about needles). But with my chances of less than 1 percent, I continued on with life and didn’t think too much about it.

And then I got the call…and it changed my life. I was incredibly honored that I could be her cure.

I felt chosen. I began to feel that my body was this precious entity that could heal another. The “power of one” mantra was proving itself true, and I understood its magnitude. What is one individual truly capable of in this world? It is a concept that often gets dismissed because that one can get lost in the numbers, and fade into the masses.

Many people typically feel, for instance, that their single vote doesn’t matter much in a political race. Not saying that voting doesn’t matter (it really does – please always vote) but this is different, and gives the power of one new meaning… because I was told I was the only person on the Gift of Life registry who had a close-enough tissue type to this individual dying of blood cancer. The only person in their network who could save her.

That means each individual who swabs can potentially give someone else a second chance at life. This isn’t just talk – it is real, and it is one of the purest, most beautiful achievements generated from the union of medical science and philanthropy.

Help Us Save the Next Life!

Help us Save the Next Life! Pay it forward and donate now to test a life saving swab kit and help us reach our goal of 500 kits! https://www.causematch.com/en/projects/gift-of-life-2019/ Share, Care and Save a Life! #PowerOfOne #Run4Life Jerusalem Marathon 2019

Posted by Gift of Life Israel on Wednesday, 20 February 2019

There’s no argument that age 72 is on the older end of the spectrum. While nobody wants to say it, people might think — to put it bluntly — “is it worth it” to try and save a life that long lived? But reconsider what this could mean. My match could have 20+ more years to exchange love with her friends and family, to pursue passions, and to continue extending positive energy into the world. There are 72-year-old world leaders and numerous others still in the height of their careers or reaching milestones toward self-actualization. It’s not only about a life saved, but also about the abundant opportunities, moments, and memories that make life worth living. For many reasons I felt ready to donate, and her age certainly did not convince me otherwise.

Gift of Life flew me back home to the US for exams and the procedure itself. Between their staff and those taking care of me in the hospital, donating bone marrow couldn’t have been more seamless. They took care of all related costs and logistics, and it was clear that my safety and comfort was their main priority. We built a strong rapport from our very first conversations, and they treated me with the level of care and compassion that would also be given to my recipient.

Fast-forward four months to the first time I received any news of my recipient: she was alive! But, she needed a boost of T cells. I again felt so honored to be asked to donate to her a second time, and I eagerly accepted. Given both of these incredible opportunities, I really felt that I had nothing to lose. After all, I’m the healthy one. My body would replenish itself after a brief recovery, as it has. I felt that my recipient needed me, and I wanted to be there for her.

To date, our relationship remains anonymous, yet personal as ever. I regularly think about her well-being and will forever cherish the special bond that we share. It amazes me that something so easy — swabbing the four quadrants of the mouth and completing a short medical registration form — can evolve into something as magical as saving another human being.

The praise I’ve received from others for donating bone marrow and T cells has always felt a bit strange. To me, what’s demonstrably more impressive is knowing that so many selfless individuals on the registry would do exactly as I did, if only given the opportunity. Yes, I made the decision to swab, but the mitzvah also sought me out. It has prompted me to take more controlled action to give back as a Gift of Life facilitator. Here in Israel, we have productive partnerships with gap year and study abroad programs, universities, yeshivas, seminaries and Birthright. As a facilitator, I get to share my story with these groups, spread awareness about our mission, and enroll potential donors into the registry so more lives can be saved. 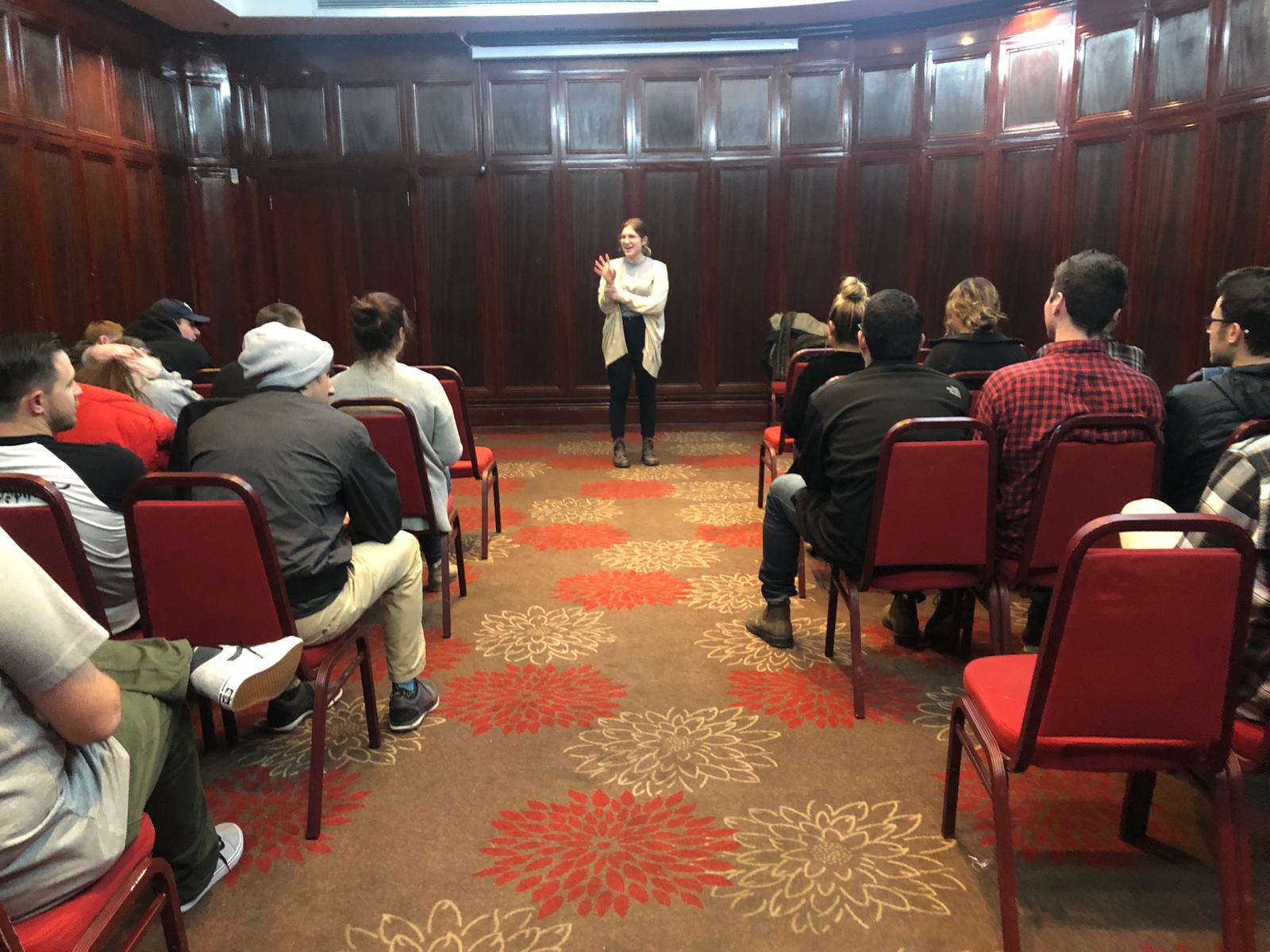 Israel, which supports a phenomenal Gift of Life community, has become my home in large part by virtue of Camp Ramah. Over the years, camp helped to shape my Jewish and spiritual identities and connected me to my Israeli partner — both of which led to my aliyah adventure. Camp is also where I initially joined the Gift of Life registry. With news that I was a match just shortly after making aliyah, I felt multiple paths converge. My Jewish roots and values, my experiences at camp, my beloved partner, and my new home in Israel all intertwined to create an invaluable journey. 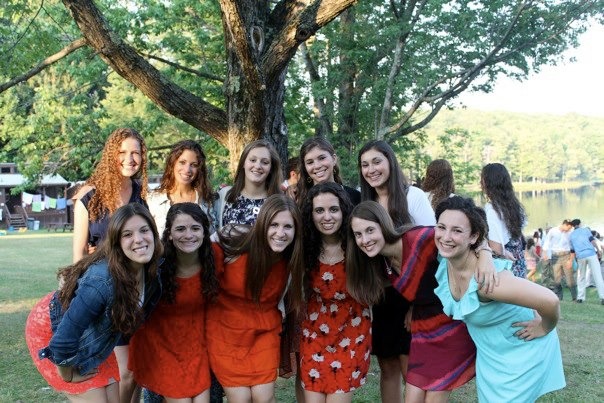 More swabs, more matches, more lives saved. One person really can make a difference. I was her cure, and you could be someone else’s.

Our Jerusalem Marathon Team will be running and raising funds for this year’s race on March 15, 2019. You can donate to my page here to help us reach our goal of getting 500 new swab kits tested! #RunForLife 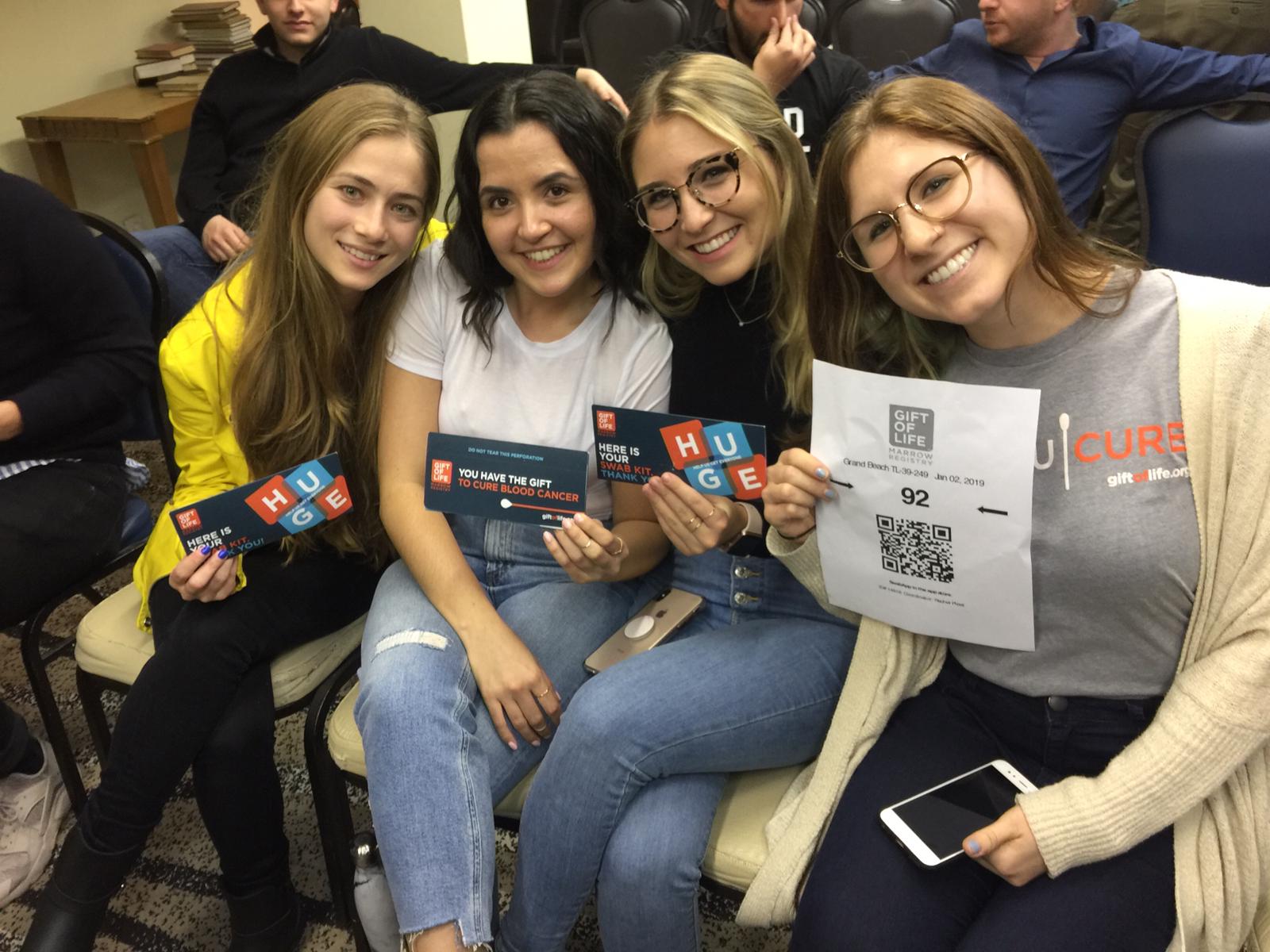 About the Author
After earning her Master's degree in Public Administration (MPA) from the University of Delaware, Rachel made Aliyah in July 2017 and lives in Tel Aviv. She looks forward to developing professionally in Israel, as well as staying involved with Gift of Life.
Related Topics
Related Posts
Comments