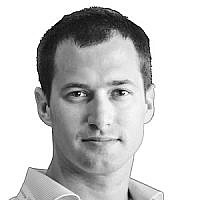 The Blogs
Assaf Luxembourg
Apply for a Blog
Advertisement
Please note that the posts on The Blogs are contributed by third parties. The opinions, facts and any media content in them are presented solely by the authors, and neither The Times of Israel nor its partners assume any responsibility for them. Please contact us in case of abuse. In case of abuse,
Report this post. 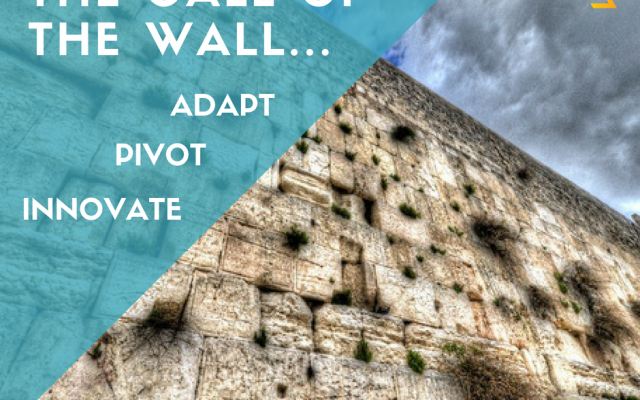 Two days ago, Jews in Israel and around the world marked Tisha B’Av (9th of Av), which is believed to be the date when both the first and second temples were destroyed by external conquers, sending the Jews from Israel to exile, twice, and leaving behind one one wall standing – the Western Wall on the Temple Mount in Jerusalem.

In my mind, focusing merely on remembering, mourning and learning about the tragedy, why it happened, and how it could have been avoided – is missing a key positive part of the story, which is what happened after the destruction of the second temple, which is maybe one of the greatest innovative pivots of all time.

My friend Rabbi Baruch Halevi wrote yesterday about the call of the wall to innovate – how the Rabbis of second temple Israel were smart enough to reinvent Judaism in a way that fits and adapts to their world, after the temple was destroyed. They realized that it is not the temple that makes them who they are. They understood that the physical temple is a means to an end, and not an end unto itself. So, they “democratized” the temple, and invented the Synagogue.

Just like modern day thought leader Simon Sinek is teaching us, we have to start with why. The Rabbis in Israel of 2,000 years ago certainly knew their “why”. Which is why for them, the Temple in Jerusalem was a mere “how”, not the “why”. Naturally, in life, “how”s  change over time. “Why”s, however, do not change quite often. Sometimes, the “how” and “what” even become counterproductive to the “why” – at which point they should be be left behind in pursuit of a new “what” and “how” that that do serve the ultimate “why.” Putting aside faith and religion (in a way, there was no such thing as “not religious” back then), for the rebels and zealots in Jerusalem – it was merely about state freedom from Rome, for the state. For the Rabbis, however, the state serves a higher purpose. And f it fails as a model – alternatives should be looked for.

That is an incredible innovative path to take, not to mention for an established religion, some 2,000 years ago. It takes a lot of courage and leadership (imagine what this must have been like for the Rabbis back then, as Jerusalem just fell to Roman hands). It takes foresight, belief – and a deep awareness of one’s “why.” And that is a lesson for all of us, entrepreneurs, leaders and career minded people in general.

As I wrote in the past, when you know your why, you can let the “what” and “how” change. That’s where I believe true innovation emerges from.

So, what can we learn from this?

In today’s world of work and on-demand economy, I believe we all become business units. As such, we should all remember that it’s not just about the loss of our “personal temples”, it’s also about the invention of the our “Synagogues.” That’s the entrepreneurial lesson to be learned from Tisha B’Av.