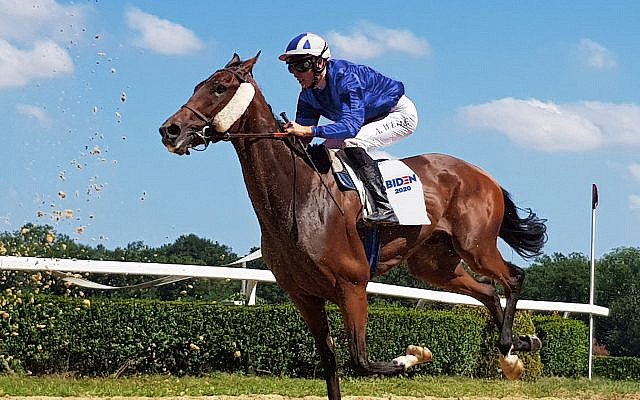 As of Sunday, February 14, President Joe Biden still hasn’t called Israel’s Prime Minister Benjamin Netanyahu. He has found the time to contact dozens of other world leaders, but not Bibi. For the Jews (and other pro-Israel Democrats) who voted for him, is this affront the wake-up call that they bet on the wrong horse?

Earlier in the week, Biden’s Press Secretary Jen Psaki mealy-mouthed when asked about validating Israel as an American ally. It makes you wonder, with Israel facing the reality of Hezbollah’s over one hundred thousand rockets and Iran’s nuclear program, would Biden be there to support Israel if she faced an existential threat. Do the Jews who voted for Biden sleep well wondering if Israel can rely on him when that emergency call comes in?

When you combine these chilly behaviors with Biden’s speedy appointments of the likes of Malley, Power, Bitar, Porter and the giveaway JCPOA band, you have to wonder when his Jewish supporters will have nervous second thoughts. When will buyer’s remorse kick in and when will they stop denying the reality that his behavior compares poorly to the unparalleled support of Donald Trump, no matter what his other faults?

The list of Biden’s slights grows longer by the day. Check out his equivocation on the Golan Heights, the paused UAE sale of F-35’s and quibbling about El Al flight access. Other destabilizing forces including anti-Semitic Ilhan Omar being assigned as the vice-chair of the House Foreign Affairs Committee and the International Criminal Court probe of Israeli war crimes, call for a resolute pro-Israel president.

We read that Rabbi Michael Beals from Wilmington, Delaware, is referred to as Biden’s rabbi. This tokenism reminds us of Barack Obama’s celebrated White House Chanukah parties. Does this window dressings placate Democratic Jews and encourage them to look the other way? We remember that Obama and Samantha Power claimed to “have Israel’s back” but instead stabbed Israel in the back with UN Resolution 2334. What similar Biden offense will be seen as crossing a line? Does President Biden believe support from Jews was secured with a game plan of woke social justice, progressive values and a not-Trumpalternative?

Although we are just in the first month of Biden’s presidency, Jewish leaders should not accept these thumbs in the eye. They should forcefully speak up proclaiming that Israel’s democracy is just and that the American-Israel relationship is to be treasured. They can both respect the new president’s promise while not starting down a dangerous road of marginalization and capitulation. We all know where that leads.