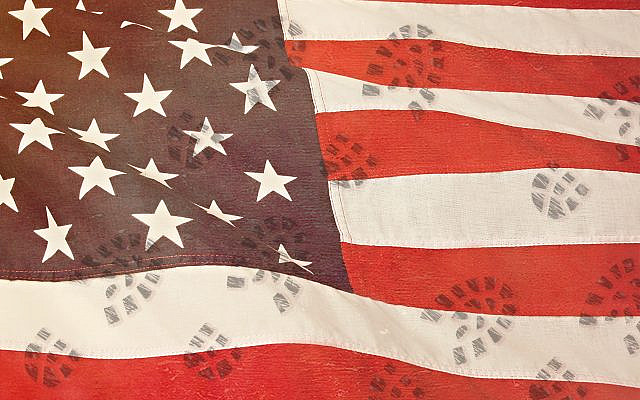 Between November 3, 2020 and January 20, 2021, Americans might prepare for an invasion. It won’t be the Russians or Chinese storming ashore, and it won’t be the sci-fi “body snatchers” infiltrating from outer space. It’ll be the radical liberal, socialist campaign victors.

Maybe this prognostication is alarmist, but should we bet that centrist Democrats will reign in the party’s socialist extremists … including the heartbeat-away uber-liberal Vice President Harris? And, we should pray that the geriatric President Biden will resist pressure to award Cabinet positions to Sanders, Warren and AOC. And, we will have to imagine that the past contentious behaviors of Pelosi, Schumer and Feinstein were just politically motivated aberrations, and now they will rise to do the right things. And, we can hope that their radical left agenda on police defunding, open borders, green energy, free everything, court packing, no super-majority, wealth tax, and electoral college elimination were just fanciful liberal positions never to be legislated or implemented.

Will the likes of John Kerry, Sidney Blumenthal, Valerie Jarrett and Susan Rice return to the inner Executive circle to undo President Trump’s Middle East peace progress and to abrogate the promises fulfilled with Israel? Will they return us to the bad-old days of appeasement, accommodating the all-or-nothing Palestinian intransigence and paying even more to the malign Iranians? The “new sheriff in town” Nikki Haley reestablished our standing at the United Nations and NATO has begun to pay their fair share…will all this be undone? Might we see more deceit like Obama’s UN Resolution 2334?

In World War II, where many European countries were overrun, civilians had to adjust to reality of an occupying force and the loss of their rights. The occupied had to learn a new language, new rules and new customs. Fortress America remained unviolated and, with rare exception, we continued to enjoy democracy. Now, an invasion may be upon us.

With a unified Democrat government–White House, Senate and House — the Constitutional barriers to extremism may well be breached. James Madison did warn us about the “tyranny of the majority.” Will an overreaction to defeating Trump unleash a legislative agenda designed to show the Republicans, in no uncertain terms, that “elections have consequences” … even if self-destruction is the result? Will shifting demographics irrevocably alter the voting base so the traditional two-party ebbs and flows in our American model become impossible?

Loopholes hidden in the revered documents drafted by the Founding Fathers now may be exploited. Court packing, elimination of the electoral college and no legislative super-majority are three. To make matters worse, the press has become a political weapon, not an objective investigatory Fourth Estate.  With recent the high-tech social network chokehold throttling the release of the Hunter Biden laptop story, we have a clear example of political motivated manipulation and attack on “free speech.” The pop-culture, bumper sticker world that creates heroes out of criminals and chooses anecdotes over “the data” show their willingness to jettison truth and substitute “feelings” for facts. Sadly, our universities, wilting under pressure from foreign influences and domestic liberal post-modern dogma, are abdicating their role as educators. Moral equivalency and group-think transcend rigorous study.

Years from now historians will analyze this cataclysmic transition and search for a root cause. Like identifying “patient zero” in a pathogen outbreak or isolating the “butterfly effect” weather disturbance that triggers a hurricane weeks and thousands of miles away, the experts will look for the social schism that did us in. What snatched us from the jaws of victory. Was it Saul Alinsky and his Socialist State, the Vietnam War resistance, or the assassinations of Martin Luther King, John and Robert Kennedy? Was it an outgrowth of a flattened, interconnected world with shared climate, virology, economics, technology and trade that somehow came home to roost as we meekly responded with naïve apology tours, underfunded military and a governmental leadership class steeped in corruption? Or, was it the jarring transition from the too urbane Liberal Obama-Biden politico administration to the inartful, annoying but successful businessman-showman Conservative Trump?

For nearly three centuries, the American experiment has powered forward. And, although our national birthing and maturation witnessed hateful sins of slavery and genocide, our unmistakable and unmatched social justice progress is a crowning achievement setting a standard for the rest world. Our story warrants very careful comparative analysis and judicious avoidance of reconstructed, woke history. There are no magical solutions, and if you are the needy or aggrieved, progress never does come fast enough. But it now appears that the proverbial “great” becomes the deadly enemy of the “good,” and in the end American exceptionalism will be compromised.

We will soon witness the Presidential transition of power that has happened forty-five times before in American history. Will it lead to a modest course correction or will we find that the country we knew, and loved, was invaded?