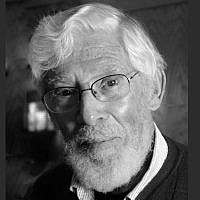 The Blogs
Arthur Shostak
Apply for a Blog
Please note that the posts on The Blogs are contributed by third parties. The opinions, facts and any media content in them are presented solely by the authors, and neither The Times of Israel nor its partners assume any responsibility for them. Please contact us in case of abuse. In case of abuse,
Report this post.

In his April 14 Times of Israel blog, “The Angel of Death Visited Us this Passover,” Naftali Schiff wrote, “Some people have suggested that by confining us at home, the coronavirus crisis puts our lives ‘on hold.’ I disagree. I think it can push us to experience life in a more stark and meaningful way, and to ask some of the very biggest questions.”

One of the biggest questions we Jews ask during Yom HaShoah is what should we “Never forget!” Prof. Alan Dershowitz wants our children to learn to never allow those who perished to be forgotten, but to also learn “there is more to Judaism than remembering our terrible history of victimization.” (1)

Like you, I have for many decades attended solemn day-long Yom HaShoah events whose agendas included a moving talk by a relevant dignitary, a salute to some very few frail survivors, a lengthy candle-lighting recital of the names of certain victims, and appropriately evocative music.

This commemoration is an honorable memorialization of what I call the Horror Story, i.e., what was done to European and North African Jewish victims by the Germans and their collaborators between 1933 and 1945. Survivor Haim Ginott recalls having seen “… what no man should witness: Gas chambers built by learned engineers. Children poisoned by educated physicians. Infants killed by trained nurses. Women and children shot and burned by high school and college graduates.” (2)

I regard this ageless agenda as grievously incomplete, as it fails to include what I call the Help Story, i.e., what was secretly done during the same time period by European and North African Jewish victims to relieve the suffering and increase the survival chances of other victims, and keep faith with altruistic Tikun Olam tenets of Judaism.

Those who exemplify the Help Story’s non-militant, heroic resistance include teachers who secretly taught in their ghetto homes, even at risk of summary Nazi execution in front of their students. Include doctors in the ghettos who, denied hospital privileges, dared to make forbidden house calls after curfew. Include teenagers who sneaked in food to a starving ghetto after bartering for it with Gentiles outside.

In the Nazi camps, the Help Story applies to prisoners who smuggled scarce medicines, warm clothing, and food into the barracks from “Kanada,” the mammoth warehouse for items taken from new arrivals. And to those who secretly replaced prisoners too ill to work, or altered office records to substitute the tattoo numbers of dead prisoners for those scheduled for gassing the next day. (3)

What if any acknowledgements of the contribution of the Help Story to the Shoah narrative have you heard in the many Yom HaShoah events you have attended?

Israeli educator Rachel Korazim would have us understand, “we have managed to place images like barbed wire and crematoria as central Jewish images. This is not Jewish history, this is Nazi history.” (4) I maintain an accurate Jewish history of the Shoah includes the Horror AND the Help stories. Accordingly, both belong in a sound Yom HaShoah commemoration.

If you were at a Yom HaShoah event this year that again failed to pay any attention to the Help Story, you could promote its inclusion next year. For example, you could discuss it with those in charge of next year’s commemoration. And/or you could write an op-ed for your local paper. And/or convene a gathering of survivors or their families to learn and widely share their Help Story experiences.

But if you did hear anything that included the Help Story, please let me know.

Survivor and film-maker Pierre Sauvage maintains, “If we remember solely the horrors of the Holocaust, we will pass on no perspective from which meaningfully to confront and learn from that horror. If the hard and fast possibility of good on Earth is allowed to slip through our fingers and turn to dust, then future generations will only have dust to build on.” (5)

1) Dershowitz, Alan M. 1997. The Vanishing American Jew: In Search of Jewish Identity for the Next Generation. New York: Simon and Schuster, pp.327-28.

2) Cited in Wegner, Gregory. 1998. “What Lessons are there from the Holocaust for my Generation Today? Perspectives on Civic Virtue from Middle School Youth.” Journal of Curriculum and Supervision, 13, 2, p.137.

About the Author
Born in 1937 in NYC, and educated in public schools, Arthur earned a BS in Industrial and Labor Relations at Cornell in 1958, and a Ph.D in Sociology from Princeton in 1961. He taught first at the Wharton School until 1967 when he then began a 36 year career at Drexel University. On retiring in 2003, Arthur reinvented himself as a Holocaust Scholar. His 2017 Stealth Altruism book is his 34th, and he has written some 250+ published essays on a wide variety of social reforms. He can be reached at arthurshostak@gmail.com.
Related Topics
Related Posts
Comments