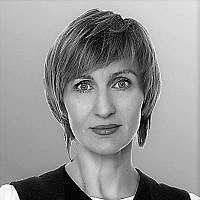 The Blogs
Irina Chernobryvets
Apply for a Blog
Please note that the posts on The Blogs are contributed by third parties. The opinions, facts and any media content in them are presented solely by the authors, and neither The Times of Israel nor its partners assume any responsibility for them. Please contact us in case of abuse. In case of abuse,
Report this post. 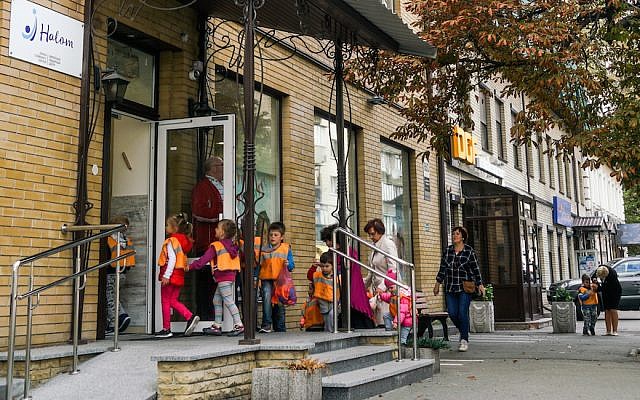 For months now, I have been struggling with a troubling observation. It seems as though natural disasters have the ability to grab and hold our attention, while man-made tragedies tend to be ignored.

Now, don’t get me wrong. Devastating natural events throughout the world, such as hurricanes, earthquakes and floods, most assuredly deserve our attention, time and financial support. But it is hard for me to see my fellow Jews turn a blind eye to human catastrophes that are equally deserving, even more so when they impact the entire Jewish world and will continue to do so for generations.

For me, this is especially pronounced considering the fact that I am writing this in the Ukraine, right in the middle of such an unrelenting calamity. Allow me to offer some background.

In November 2013, widespread crisis forced the Ukraine into political and economic turmoil. By the end of March 2014, a full-blown war ravaged the country and enveloped its citizens in fear. But after a tenuous ceasefire was signed in February 2015, the Ukrainian crisis fell out of the news cycle and faded from international conversation.

One tragedy was replaced with many others — a barrage of natural disasters and man-made calamities that continue to crowd our consciousness. However, the situation in the Ukraine is far from resolved. In fact, it worsens daily, and our brothers and sisters in the Ukraine are suffering.

Unemployment continues to rise and nearly 60 percent of the country’s population lives at or below the poverty line. This “forgotten population” is fighting physical and emotional aggression perpetrated by law enforcement, terrorists, and their fellow citizens.

Inflation is at an all-time high, and basic goods are kept just out of reach for low-income families. Due to inter-country migration, those seeking asylum away from the most dangerous parts of the country, thousands of refugees are left without a home or the means to support themselves.

In the more rural parts of the country, skilled workers and their families are sustained by poor-paying jobs. The breadwinners in these areas are consumed by the need to provide for their families, working long hours to meet their most basic material needs, and ignoring familial problems entirely. Under these harsh conditions, and in the total absence of social support services, distress and hardships are ignored and the most vulnerable Ukrainian citizens pay the highest price, children chief among them.

Children raised in this dangerous and unstable environment are essentially being set up to fail. Because they do not attend any type of daycare or educational programs until they start primary school, they have great difficulty expressing themselves properly and communicating with their peers. As a result, they sink deep into depression or lash out, displaying violent and aggressive behavior. To compound the problem, speech defects and developmental problems are never diagnosed, so children with these issues get bullied for “being slow” and sounding different.

While we might like to believe that the Jews of the Ukraine are resourceful enough to escape these issues, this is unfortunately far from the truth. Severe poverty, dangerous living situations and abuse are prevalent across cultural and religious lines, and Jewish single mothers are often among the hardest hit.

In response, my organization, LifeChanger FSU, seeks out Jewish children living in the most economically repressed areas of the Ukraine who are grappling with extreme poverty, neglect, abuse, and overlooked physical and emotional disabilities, and works with the leadership in local Jewish communities to provide frameworks for housing, education and healthcare. By addressing each child’s unique physical, mental and social needs, they are able to jump start their growth and distance them from negative influences.

Children are removed from dangerous living situations. Parents are provided with the tools they need to find gainful employment. Families receive much needed medical supplies and mental health support. Rehabilitated children are placed in Jewish educational programs to break the cycle of solitude and isolation, enhance social interaction within peer groups, and develop their Jewish identities.

Good work is being done. The problem is that this man-made hurricane in the Ukraine shows no signs of stopping, and there are a limited number of “first responders.” The only solution is the acknowledgement of this crisis and the support of Jews from around the world.

It’s difficult to see human suffering, and it is especially painful when we know that the pain is being caused by other human beings. But we cannot ignore such situations, or allow the media to push them from view, just because they make us feel uncomfortable or because they are not as interesting as the other news of the day. In the end, we have a responsibility as humans and as Jews to care about the well-being of all other Jews, no matter where they are in the world.

As people of vision, it is essential that we open our eyes to the pain of our brothers and sisters in the Ukraine. The water continues to rise, and we must work together to help them weather the storm and lead them to safety.

Irina Chernobryvets is the Director of LifeChanger FSU, a proactive human services organization that dramatically changes the lives of the most vulnerable and neglected Jewish children across the Ukraine by addressing their unique physical, mental and social needs, and providing frameworks for housing, education, and healthcare.

About the Author
Irina Chernobryvets is the director of LifeChanger FSU, a proactive human services organization that dramatically changes the lives of the most vulnerable and neglected Jewish children across the Ukraine by addressing their unique physical, mental and social needs, and providing frameworks for housing, education, and healthcare.
Related Topics
Related Posts
Comments
Advertisement