“The poor,” “the homeless”, “the disabled”, “the mentally ill” are all problematic phrases. It categorizes the human beings, turning them into abstracts. While I would not say that it dehumanizes them, it certainly depersonalizes them, and they are, most of all, persons.

Even though more wordy and sometimes cumbersome, the preferred way would be to use “persons” or “individuals”: poor persons, homeless individuals, persons with disabilities, individuals with mental illness. 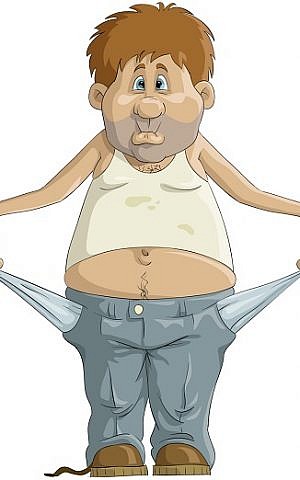 For myself, I became sensitive with this issue because of my own diabetes. I asked myself and several of my students which of the following is preferred: “I am a diabetic” or “I have diabetes.” The former defines me; the latter only indicates that I have a physical condition like, “I have the flu” or “I have a slight limp because of an old baseball injury from sixth grade.”

Now I only speak of myself as a person who has diabetes.

For some reason, I kept thinking about the Green Mountain Boys. This morning I finally looked them up: they were a militia formed in Vermont in the 1760’s in pre-Revolutionary Way days. In the past I had played with the phrase saying to myself, “Were they the green boys from the mountains or the boys from the Green Mountains, since both were grammatically possible, though no one would seriously consider the former.

This led me to an unsettling feeling every time I heard the phrase “homeless shelter”, it began to grate on my ears. In fact, the shelter building was not homeless. Rather, this was a refuge for individuals and families who had become homeless. Much preferred would be, “a shelter for homeless persons” and the same for a “battered women’s shelter” should be “a shelter for individuals and families who had been victims of domestic violence.” And even with that lengthy phrase, I preferred “individuals and families who were survivors of domestic violence.” A “handicapped parking space” has two problems: “handicapped” has been replaced with “disabled” or words like “physically challenged”, and, as with the grammatical ambiguity of “handicapped parking space”, it could technically mean that it is a “limited or impaired place to park a car.”

This may seem trifling, but I believe it is an additional and necessary detail that serves to remind ourselves when we are “out in the world” to pay attention to these relatively insignificant details. It keeps us more aware of the need to be sensitively accurate.

To some, this may seem to be an unimportant matter. After all, it is not astrophysics or neurosurgical techniques. It’s only grammar. But below the surface, the message is about preserving the individual’s dignity as a person.

There are two relevant texts that come to mind on this issue: The first is a well-known disagreement between Rabbi Akiva and his colleague Ben Azzai. Rabbi Akiva taught that “Love others as you love yourself” (Leviticus 19:l8) is an all-encompassing basic principle of Torah. Ben Azzai taught that “This is the story of humanity: [When God created the first human being, He created that person in the likeness of God]”. Both have led to extensive discussions with my students, but either one is appropriate here. We are not “categories”, not something to be profiled. We are individuals, persons in the image of God.

The second text, I believe is more psychologically penetrating. Hillel, explaining to the would-be convert what he needs to know about Judaism (Shabbat 31a), takes the “Love others…” quote and makes it a negative: “That which is hateful/repulsive to you, do not do to other people.” I believe this is more powerful than the positive.

To summarize: however we work with the grammar and the texts, we need to be extremely careful lest we overstep our proper bounds with others.