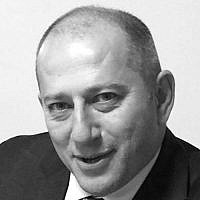 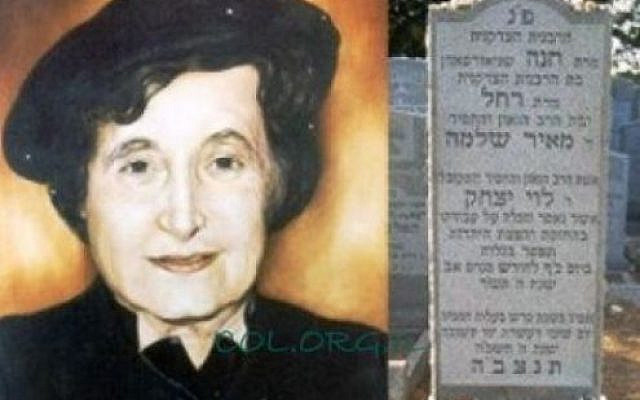 Though I do not consider myself a member of the Chabad movement per se, I have a strong connection to the Chabad branch in Kazakhstan, where the movement has deep roots.

When Rabbi Levy Yitzchak, father of the last Lubavitcher Rebbe, Menachem Mendel, was arrested by the NKVD (predecessor of the KGB) and exiled, he was sent to Kazakhstan. His devoted wife, Chana, though not officially exiled by the authorities, followed him. Together, they lived for years in abject poverty, far away from their children and other relatives.

Here is the astounding story of Chana Schneerson, a Torah scholar in her own right, a ba’alat chesed, and the esteemed mother of the famous Lubavitcher Rebbe, Menachem Mendel Schneerson.

Chana Yanovsky was born in 1880 in Nikolayev, Ukraine, the eldest of four children. Her father, Meir Shlomo Yanovksy, was the chief rabbi of the city. Chana married Rabbi Levy Yitzchak Schneerson at the age of 20. Rabbi Levy YItzchak was the great grandson of the Tzemach Tzedek, the third Lubavitcher Rebbe, and a renowned Torah and Kabbalah scholar. Chana gave birth to three sons: Menachem Mendel (who would later become the seventh Lubavitcher Rebbe), Dov Ber, and Yisrael Aryeh Leib.

When Chana was 27 years old, her husband became the rabbi of Yekaterinoslav, a Ukrainian city known today as Dnipropetrovsk. Rabbi Levy Yitzchak served as rabbi for 32 years while Chana earned a name for herself as Rebbetzin. An affable woman, she welcomed members of the community into their home and visited them in their own homes, especially Jewish university students, with whom she formed a special connection. 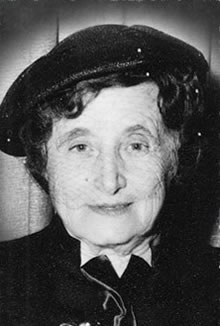 In 1928, Chana’s eldest son, Menachem Mendel, married Chaya Mushka, the daughter of the Lubavitcher Rebbe at the time, Yosef Yitzchak Schneerson. They married in Warsaw, Poland, but Chana and Rabbi Levy Yitzchak were unable to attend due to Soviet travel restrictions. Chana made her own party in her home in Yekaterinoslav as a way of celebrating her son’s wedding. It was a bittersweet event, with the parents of the groom dancing with guests while their son was married in a different country.

In the Soviet Union, Rabbi Levy Yitzchak and Chana worked tirelessly to enable Jews to be able to practice Judaism. One standout example is how Rabbi Levy Yitzchak fought the local authorities to allow Jews to bake matzah for Passover. While he succeeded in doing so, he was arrested about a week before Passover by the NKVD. He was charged with anti-Soviet propaganda and sentenced to five years in exile in Chi’ili, a small, poverty-stricken village in Kazakhstan.

Though she didn’t have to, Chana followed her husband. They lived in one room of a house belonging to a non-Jewish couple and were plagued by swarms of mosquitoes and extreme poverty. Despite all this, Rabbi Levy Yitzchak wrote down numerous Torah thoughts and discourses as Rebbetzin Chana somehow obtained primitive paper and ink for him to do so.

As World War II broke out, refugees began pouring into Kazakhstan. Rabbi Levy Yitzchak and Rebbetzin Chana became known among the Jewish refugees as holy people who could provide counsel and comfort as well as spiritual and emotional support.

In 1944, a short time before Rabbi Levy Yitzchak’s sentence of exile was over, his health began to deteriorate. His friends in the nearby city of Almaty worked tirelessly to gather thousands of rubles to pay for his early release. It took six weeks, but they were finally able to secure release documents.

The rabbi and his wife left Chi’ile for Almaty, where they continued to provide spiritual assistance to those in need. However, despite being freed from exile, Rabbi Levy Yitzchak’s health continued to deteriorate. He died the first summer after his release.

After Rabbi Levy Yitzchak died, Rebbetzin Chana was left with no family. She desperately wanted to be near her eldest son, Rabbi Menachem Mendel. She surreptitiously traveled from Almaty to a small suburb near Moscow, taking with her the manuscripts Rabbi Levy Yitzchak had written during his exile. With the help of a small group of devoted Hassidim, she was able to escape Russia into Poland, and from there she ended up in a displaced-persons camp in Germany.

Rabbi Menachem Mendel, who had escaped the fires of Europe and settled in New York, sent countless telegrams and pulled every connection he had to bring his mother across the ocean. From the DP camp, she went to Munich, Frankfurt, Paris, and finally, New York.

Rabbi Menachem Mendel went on to become the seventh and last Lubavitcher Rebbe in 1951. Rebbetzin Chana took great pride in his accomplishments and Torah learning, comparing him often to his father. Every day that his mother lived in Crown Heights, NY, the Rebbe visited her and made her a cup of tea. The Rebbe also took his father’s manuscripts that his mother saved and published them as a five-volume set called Likutei Levy Yitzchak.

In 1964, at the age of 84, Rebbetzin Chana Schneerson passed away. She was buried at the Chabad cemetery in Queens, NY, with some 5,000 people attending her funeral. After her death, the Rebbe was often heard saying how the three Torah commandments entrusted to women are the making of bread for the Sabbath, ritual purity in marriage, and lighting Sabbath candles — in Hebrew, it forms an acronym for his mother’s name, Chana. During her lifetime, Rebbetzin Chana reached out to those in need and provided spiritual support as well as physical support when possible. Today, many Chabad educational institutions bear the name Chana and serve as a memory for her great legacy.

Read “A Mother in Israel: The Life and Memoirs of Rebbetzin Chana Schneerson”