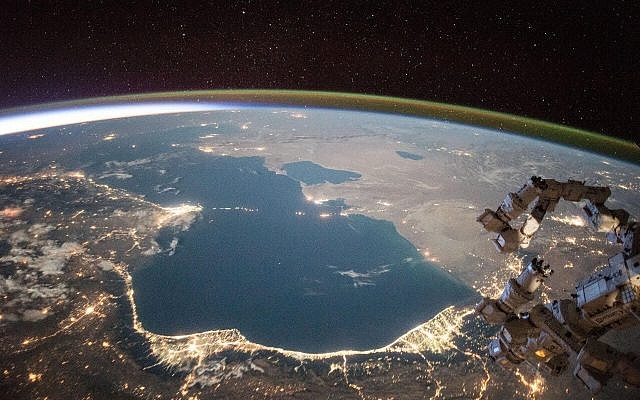 The collapsing Islamist regime in Iran is illegally selling out Iran’s Deep Sea Waters of Caspian Sea to Russia as a bribe to stay in power!

Any international treaty, which is against the national interests of the people of Iran, and has been agreed to by a Falling failing regime is illegal and cannot should not be ratified!

After four decades of plundering Iran’s natural resources, the anti-Iranian Islamist regime in Iran is on the verge of collapse. Because it is on its last legs, the struggling regime is now bribing the Russian government and her countries near the Caspian Sea to prop up its regime.

On Sunday, August 12th, Hassan Rouhani, the current president of the illegitimate Islamic regime in Iran, is scheduled to take part in the signing of ” the Convention on Legal Status of Caspian Sea”. Rouhani’s intent is to block Iran’s access to its own deep-sea resources and to give this access to Russia and her allies.

The Iranian people across the country have come to the streets and are demanding a change to this illegitimate regime. We–the opponents of the Islamic Republic in Iran, who wish to see this illegitimate regime overthrown and replaced by a democratic, secular government–publicly declare to the Russian officials and other countries in the Caspian Sea region, and to the politicians and the people of the world that this regime is illegitimate. We insist that any treaty with this regime that would serve to undermine the territorial integrity and national interests of Iran, must be vetoed. It is our firm belief that, should such treaties be signed, once the regime has fallen and democracy has been established on Iran, the Iranian people will not implement such an agreement.