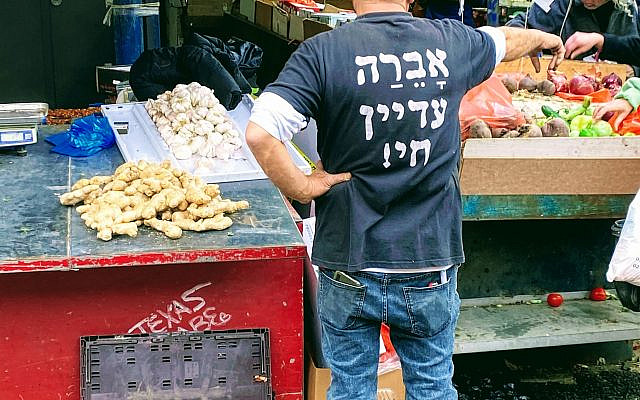 As a child, I remember hearing Tom Lehrer’s song “National Brotherhood Week,” and to paraphrase, it went something like this:

And the black folks hate the white folks,

All of my folks hate all of your folks,

And everybody hates the Jews!

Frequently, I write about Jew-hatred, antisemitism, persecution, expulsions, pogroms, and the Holocaust, but today, I am going to write about something different and even worse, and that is Jew’s hatred of other Jews. As we know, Tisha B’Av commemorates the destruction of both the Jewish Temples as well as many other calamities that have befallen the Jewish people, and we learn that the primary reason is Sinat Chinam (baseless hatred of our fellow Jews).

Yet just this past June, I was outraged (and you should be too!) about a Conservative bar mitzvah at the Western Wall, where an ultra-Orthodox Jewish young man tore a page from a Conservative siddur (Jewish prayer book) and actually had the absurd chutzpah to sacrilegiously blow his nose in it, while his compatriots blew on whistles to try and disrupt their fellow Jews’ prayer.

And not just Orthodox, but “ultra-Orthodox” Jews, who profess to so fully fear and follow Hashem’s commandments, instead desecrated G-d’s name as this disgusting behavior, pictures and all, were broadly publicized across the media. Perhaps these individuals’ misplaced superiority complex got the better of them and they apparently forgot what G-d’s commandment to “Be holy” really means, or as we learn (Midrash Vayikra Rabbah 9:3):

Moreover, this unfortunately wasn’t a one-time event, as we saw again just a month later in July, when, this time at another Conservative bat mitzvah at the Kotel, Haredi yeshiva students disgracefully interrupted by calling the family and guests whores and heretics who should burn in hell, and again blowing whistles to try and prevent their celebratory prayers.

Any decent G-d-fearing Jew (or human being whatsoever) would question what in G-d’s name are these Haredi students learning in their yeshivot, communities, and families? Is G-d’s teaching to them and us that anyone who doesn’t fully observe as they do is someone to be disrespected, cursed, and have their religious observance and prayers mocked. Who are they to try to stop anyone from worshipping G-d Almighty?

I thought to myself, may G-d have mercy, because if the First and Second Temples were both destroyed because of baseless hatred, what must G-d be contemplating for his people now?

However, I was somewhat consoled when I read Divine Information by Rabbi Yosef Mizrachi (Sanhedrin 98a) that:

The son of David will come only in a generation that is entirely innocent or entirely guilty.

While obviously, we shouldn’t be bad in order to try and bring the mashiach (messiah), some of us seem to be doing too good a job at doing so. Perhaps, I thought, rather than Hashem just punishing the Jewish people again, maybe we have reached the point where G-d will actually bring the redeemer to right this crazy world and our own people’s occasional wrongdoings and misconstrued interpretations of His holy words — and worse yet, thinking that they are righteous in (mis)behaving so!

The Western Wall in Israel has a history of conflict for the modern Jewish people in that there is a men’s section and a women’s section for prayer. But in 2016, a plan called the “Kotel Compromise” was approved for a mixed men’s and women’s section for Conservative and Reform prayer. However, under ultra-Orthodox pressure, the plan was dead-ended in 2017, leaving organizations such as Women of the Wall up in arms and even more intent to have a place for themselves and their religious beliefs. To be fair, at times, like at the bat mitzvah above, it appears that the Women of the Wall defiantly dismiss the instructions of the ushers of the Western Wall Heritage Foundation, and thus they also share responsibility in that they are inciting the nasty incidents and conflict.

After synagogue today, one lady said to me about religion the following:

It’s like two people sitting across from each other. In between them is a number. To the first person, he sees the number six (6), but to the person directly opposite him, they see the number nine (9).

And she continued and said, most assuredly, concluding about religion:

You see, it’s all a matter of interpretation!

But upon reflection, to me, it really isn’t a matter of interpretation at all. Objectively, in her example, the number is what it is, just as G-d and His holy word to us is what it is. Simply because someone else perceives the opposite, that the number is different, doesn’t mean that it is so. It’s just their upside-down way of looking at it.

While I am not here to say what being religious is, I can definitely say what it is not and these hate-filled people are not. If some “religious” people do the wrong thing, disrespect their fellow Jews, hate on them, curse them, defile their prayers, that doesn’t mean they are really religious. Rather to the contrary — they are the irreligious religious!

I pray that G-d does not punish His people for bouts of stupidity and misplaced self-righteousness, but instead has mercy on us to right our hearts and minds, help us to show tolerance and love for one another, strengthen us to bring our brothers and sisters closer to G-d (rather than send them running from the bad behavior of a few), and bring us the completion of The Redemption and the building of the Third Temple now, when we religiously need it the most.