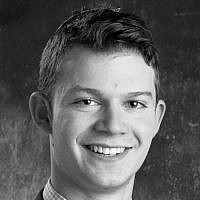 The Blogs
Mordechai Wolfson
Apply for a Blog
Please note that the posts on The Blogs are contributed by third parties. The opinions, facts and any media content in them are presented solely by the authors, and neither The Times of Israel nor its partners assume any responsibility for them. Please contact us in case of abuse. In case of abuse,
Report this post.

Since Israel captured the Jordan valley in the Six Day War (1967), the area has been a significant source of tension in the Middle East, especially surrounding the debate of a two-state solution. Israel has maintained a military presence in the valley, ensuring the security of the Israeli’s near the area. The valley is roughly 105 kilometers long by an average of 10 kilometers wide, and is home to roughly 65,000 Palestinians and 11,000 Israelis (Al Jazeera). The area is rich in natural and agricultural resources, making it quite important for the development of the Palestinian economy in the West Bank. Simultaneously, the Jordan valley provides Israel with a unique security vantage point since it borders Jordan to the East and the West Bank to the West (Encyclopedia Britannica). For Israel, the valley provides a “buffer” between them and their enemies, drawing much desire for the complete application of sovereignty of the region. While it is not (technically) legally wrong for Israel to apply sovereignty to this region, the move to do so drew widespread criticism from the international community. Despite this, Prime Minister Netanyahu mentioned September of 2019, “Today, I announce my intention, after the establishment of a new government, to apply Israeli sovereignty to the Jordan Valley and the northern Dead Sea” (Al Jazeera).

Nearly a year after Netanyahu’s remarks about Israeli application of sovereignty of the Jordan Valley, on September 15, 2020, Israel signed a peace agreement, entitled the “Abraham Accords” with the United Arab Emirates, and later Bahrain and Sudan. The normalization of the relationships between Bahrain, UAE, and Israel is a significant step towards peace in the Middle East. Additionally, the peace agreement provides Israel with hope that other Gulf and North African States, such as Oman and Saudi Arabia, will soon recognize Israel and take part in the momentous agreement (Israel Answers). As part of the multinational peace agreement, Israel established that it will put the plans to apply sovereignty to the Jordan Valley on hold indefinitely. The Abraham Accords recognizes that Israeli sovereignty on the West Bank would be devastating to the Palestinians of the West Bank. In hopes for peace in the Middle East, the accords require Israel to withhold the implementation of this this plan for the time being.

Now, almost 4 months after the Abraham Accords was entered into force, the widespread effects are clear. The UAE and Israel are eagerly signing treaty after treaty – treaties that go beyond those which were outlined as part of the Accords. Travel between the two countries has started Visa-free, raising hopes that the mutual agreement will result in lasting peace between the two Middle Eastern superpowers (The Wall Street Journal). As well, the opening of 2 Kosher restaurants (and possibly more coming), the statement that hotels are planned to begin offering Kosher meals to their guests (Totally Jewish Travel), and that merchants in the UAE are selling Israeli produce, leads the international community to believe that this deal will not just be forgotten.

Israelis have been engaged in conflict since Israel’s inception; they have been locked in a constant battle with their Arab neighbors. Though Israel has ratified peace agreements with Egypt and Jordan in the past, the signing of the Abraham Accords is a promising step towards peace in the Middle East. The peace agreement is expected to bring significant economic and diplomatic benefits to the signatories, and possibly to the region as a whole (Israel Answers). The countries are likely to begin large-scale trade in areas of agriculture, technology, and security, as well as exchange embassies and recognize each other’s sovereignty. Along with the benefits the signatories of the Abraham Accords are likely to experience, many other Gulf states are projected to follow suit in the coming future (Israel Answers). Though Israel must withhold its plans for applying sovereignty to the Jordan Valley, Israel, along with other Gulf states and the international community as whole, is likely to experience significant political and economic benefits.

Sometimes, it is important and beneficial to give up some land or resources to maintain peace. Because Israel is not applying sovereignty to the Jordan valley, it has the opportunity to create widespread peace in the region. As President Donald Trump said, “We take a major stride toward a future in which people of all faiths and backgrounds live together in peace and prosperity.”

Michael, A. (2020, August 20). What the Abraham Accord Means for Israel. Retrieved December 11, 2020, from https://www.israelanswers.com/blog/what-abraham-accord-means-israel

About the Author
I am a grade 12 student in a Zionist, all-boys school in Toronto, Canada. I am a Hasbara Fellowships Canada High School Intern. I enjoy reading and writing about history, ethics, and culture. I enjoy athletics as well, such as biking and skiing.
Related Topics
Related Posts
Comments