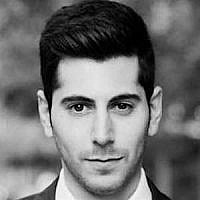 The Blogs
Omer Dostri
Apply for a Blog
Please note that the posts on The Blogs are contributed by third parties. The opinions, facts and any media content in them are presented solely by the authors, and neither The Times of Israel nor its partners assume any responsibility for them. Please contact us in case of abuse. In case of abuse,
Report this post.

Last week, Israel and the US signed a 10 year military agreement at the culmination of many months of negotiations. The Memorandum of Understanding (MOU) is worth $38 billion, and is thus both the largest ever sum of military aid given by US to any country in the world, and the largest aid package that Israel has received in its history.

Despite these facts, there are still critics inside Israel chiefly from left wing opposition parties and media outlets affiliated with the left, who criticize the deal. They claim that the Prime Minister Benjamin Netanyahu has in fact lost out on billions of dollars that could have been in part of a potentially better deal; a potential deal in which Mr. Netanyahu himself thwarted due to his struggle against the Iran deal (including his speech to Congress), which aroused the wrath of the Obama administration.

Prudent examination reveals that the allegations of those who oppose the new military aid agreement are quite simply unfounded and baseless. It seems that the critics lack awareness and basic knowledge of how international politics work, how to run a negotiation, and the U.S.A economy.

Firstly, it is quite clear that there is no small amount of friction between Prime Minister Netanyahu and President Obama. Certainly, when compared to past relationships between U.S. Presidents and Israeli Prime Ministers, the Obama-Netanyahu relationship seems tense and fractious. This is in no small part due to the fact that Netanyahu and Obama have very different ideological frameworks through which they view politics.

The Obama administration itself has gone to great lengths to show that the U.S. – Israel alliance is strong. The administration has stressed numerous times that it has not been a hostile administration to Israel but rather a friendly one, perhaps the most pro-Israel in the common history of both states. It conveys this message primarily through military collaboration with Israel, in order to blur the hardness of its foreign policy toward Israel. Of-course, the desire of the Obama administration to strengthen the US-Israel relationship and to be perceived as pro-Israel is also due to the desire of the Democratic Party to maintain its current position as the party who most American Jews vote for and to avoid antagonism and suspicious amongst Israeli citizens. Thus Netanyahu and Obama may have a strained relationship, but the relationship between Israel and the U.S. is as strong as ever.

Secondly, critics have totally misrepresented the terms of the negotiation in order to slam the final deal. The allegation that Israel has “lost money” rests on the argument that the Netanyahu government had initially asked for aid worth 45 billion dollars for 10 years. However, the opening demand in a negotiation does not mean it is a way of driving up the final amount and not an expected bottom line.

The Prime Minister acted in a way typical of negotiations: he began by demanding a high sum, knowing that the final amount would be lower, but one that is still large enough to satisfy the demands of Israel. To say that a negotiator who does not receive his opening demand has “lost money” is simply disingenuous.

Lastly, Netanyahu acted this way not only because the basic nature of the negotiation, but mainly because over the past few years the Obama administration has dramatically cut its defense budget, which includes U.S military aid to strategic allies. This means that the military aid agreement would have been difficult to negotiate for anyone, regardless of the tension between the two leaders and the prime minister acted in a wise way when he demanded a higher deal at the beginning of the negotiations.

The bottom line is there was no cut in the aid, even though a U.S defense budget cut might have been expected. Instead, it has actually grown substantially. Furthermore, The deal has not only given Israel more money, but the agreement included the possibility for Israel to purchase sophisticated and strategic weapons which the U.S has so far been reluctant to deliver to Israel until now. Far from what his critics say, the deal is one for which Netanyahu should be praised.

About the Author
Omer Dostri writes for a variety of Israeli newspapers and online news sources. He holds an M.A. in Diplomacy Studies from the Tel-Aviv University and is currently interning at the Israeli "Institute for National Security Studies" (INSS), and working as a research assistant at the Cyber Center of the "Yuval Ne’eman Workshop for Science, Technology and Security".
Related Topics
Related Posts
Comments