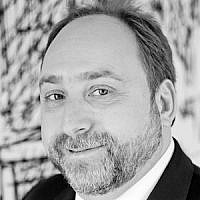 The Blogs
Ilia Salita
Apply for a Blog
Please note that the posts on The Blogs are contributed by third parties. The opinions, facts and any media content in them are presented solely by the authors, and neither The Times of Israel nor its partners assume any responsibility for them. Please contact us in case of abuse. In case of abuse,
Report this post.

Ever since Pew’s 2013 survey of American Jewry presented the Jewish professional community with the alarming picture of corresponding trends of intermarriage and loss of interest in Jewish identity, the emphasis of the Jewish world at large has been on finding new ways to preserve Jewish peoplehood in the face of those challenges. 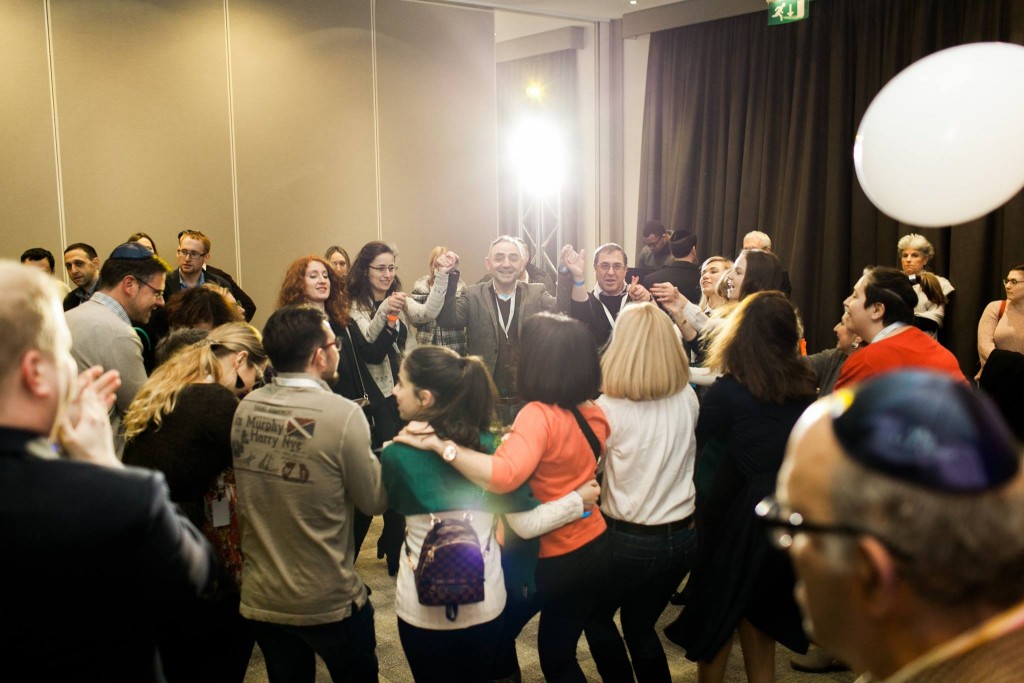 Hundreds of participants from the United Kingdom and 22 other European countries celebrate their Russian-Jewish heritage at Limmud FSU Europe, held this year outside London. CREDIT: Limmud FSU Europe

But, while there are multiple conversations going on with the primary focus on adapting successful models of engagement conceived in North America, the European Jewish community is only mentioned when the conversation turns to combating anti-Semitism, ensuring the security of Jewish organizations, and understanding Aliyah trends. Without taking away from the existential significance of those conversations, one should wonder whether it might be worthwhile to take a look at a new trend developing in Jewish communities on the Old Continent – in Europe, from Atlantic to the Urals.

It is no secret that the immigration of Russian-speaking Jews, which began en masse at the end of the 1980s and continues as a trickle to this very day, was a demographic blessing, not only to the State of Israel, but to Western Jewry as a whole. In 2013, between 750,000 and 1 million Americans, who identified as Jews, were either immigrants from the former Soviet Union or their children – those who are generally referred to as Russian-speaking Jews.

In Western Europe, however, the visibility of Russian-speaking Jews was until recently limited by their smaller numbers – in all, estimates are that about a quarter of a million Jews from the FSU and their children live in Europe today. In Germany, however, the influence of Russian-speaking Jews, who make up around 90% of that country’s Jewish population, already manifests itself, especially when it comes to local cultural and educational initiatives for teens and young adults.

The most recent example of such involvement and the way it enriches local Jewish life is the unique Jewrovision competition, which is taking place under the auspices of Zentralrat (the Central Council of Jews in Germany). Modeled after the world-renowned Eurovision contest, Jewrovision has grown tenfold since its launch 15 years ago and is now held in large concert venues, so that it can accommodate unprecedented interest from Jews across Germany. 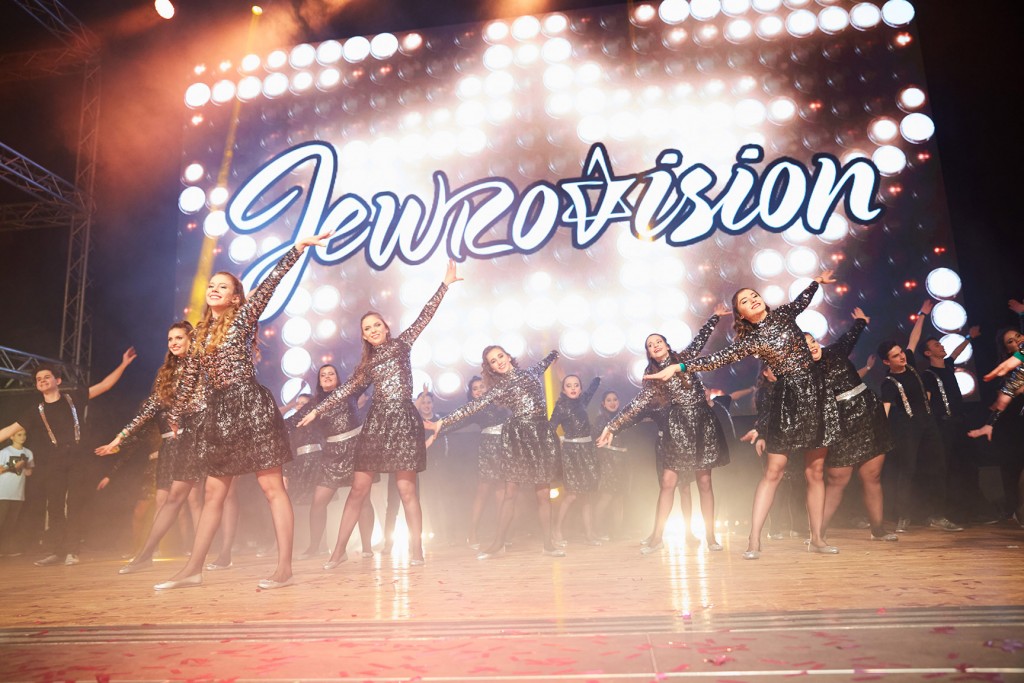 The 2017 Jewrovision competition, which is in part supported by Genesis Philanthropy Group, recently wrapped up in Karlsruhe, where hundreds of teenagers competed at the prestigious event. As a backdrop to the organizers’ chosen competition theme of United Cultures of Judaism, a lively mix of Russian, German and Hebrew could be heard in the hallways and rehearsal areas.

While Germany can be considered a showcase of Russian-Jewish integration, the European Russian-Jewish diaspora’s desire to come to the fore and be recognized as a pan-national community is unmistakable. In the beginning of February, an unprecedented gathering took place in Windsor, just outside of London, where, for the first time, the wildly successful Limmud FSU “abandoned” its familiar grounds in Israel, North America and the former Soviet Union, and convened in a place usually not associated with robust Russian-Jewish engagement. 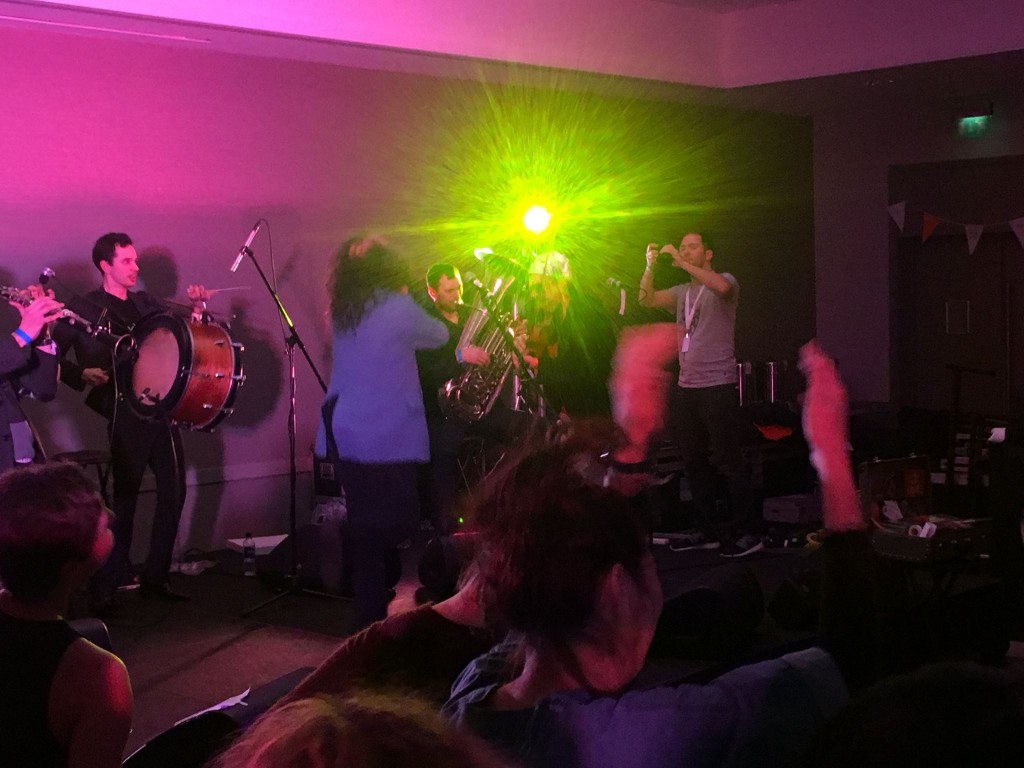 Hundreds of participants from the United Kingdom and 22 other European countries come together at Limmud FSU Europe, held this year outside London, to celebrate their Russian-Jewish heritage. CREDIT: Limmud FSU Europe

For three days, more than 700 participants from the United Kingdom and 22 other European countries soaked up the traditional Limmud program of learning, debate and entertainment in the presence of an impressive cohort of Jewish leaders from all over the world. Organized with the support of Genesis Philanthropy Group, Limmud FSU Europe was not just a demonstration of intellectual vibrancy and communal vitality of Russian Jews, but also a discovery for some local Jewish leaders, who, like the president of the Board of Deputies of British Jews Jonathan Arkush, frankly admitted their astonishment.

In this context, it is important to point out one unique quality of Russian Jews, especially younger Russian Jews, who no longer live in the territories of the former Soviet Union. Despite, in many cases, not having been involved in religious activities or traditional communal life, they have retained an acute sense of their Jewish identity and an insatiable appetite for discovery of their roots and their cultural legacy. This phenomenon is quite universal for Russian-speaking Jews across the globe and, as evidenced by many convenings, including Jewrovision and Limmud FSU, it has clearly taken on a virally enthusiastic character. 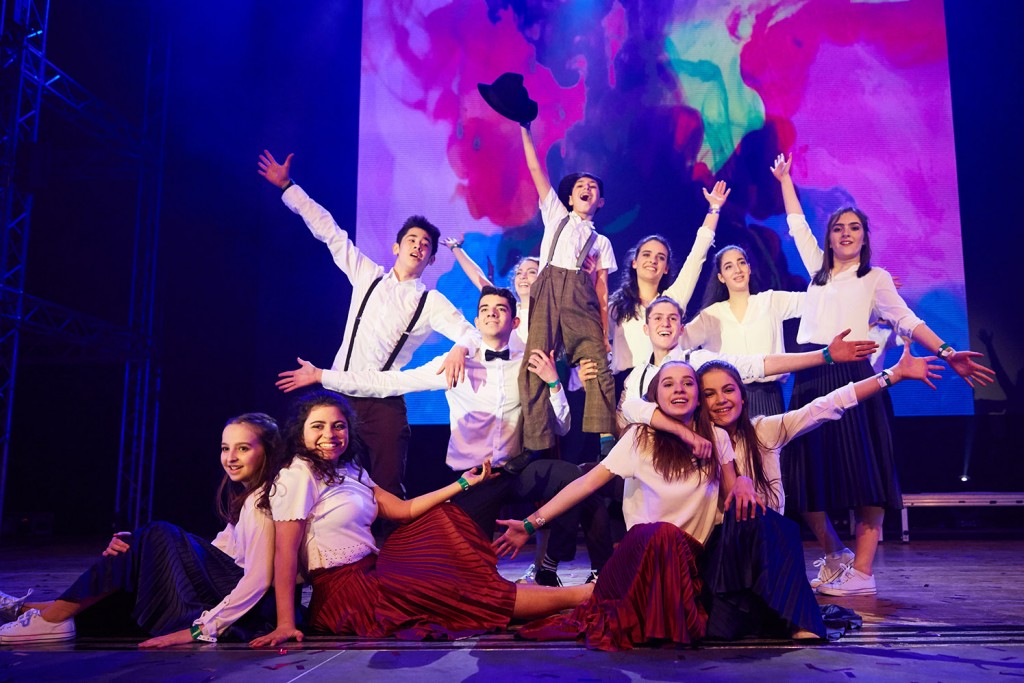 It also shouldn’t really be that surprising. After all, the history of the Jewish people teaches us that time and again, Russian Jews, who came out of the confines of the tzarist empire and, later, of Soviet totalitarianism, brought new blood, new energy and new ideas to their brethren in the West.

And, today, we might be at the brink of a much less apparent, but no less critical moment, when, faced with the challenge of growing disinterest and continuous distancing of young Jews from their roots, we must not miss an opportunity to harness the undeniable and historically transformational force of Russian-speaking Jewry. We must open pathways for them to realize their full potential and for all others to benefit from their energy of renewal. We must not be afraid to embrace and empower their drive, regardless of whether it takes us all out of our comfort zones or confirms our change theories, because the future, the Jewish future, while it can be built by design, will be powered by the energy of unpredictability, innovation and diversity.

This should be the Jewish community’s universal language, which in my humble view, will be heavily accented in Russian for the benefit of all Jews.

About the Author
Ilia Salita is president and CEO of Genesis Philanthropy Group, a foundation supporting projects and institutions that develop and enhance a sense of Jewish identity among Russian-speaking Jews worldwide.
Related Topics
Related Posts
Comments