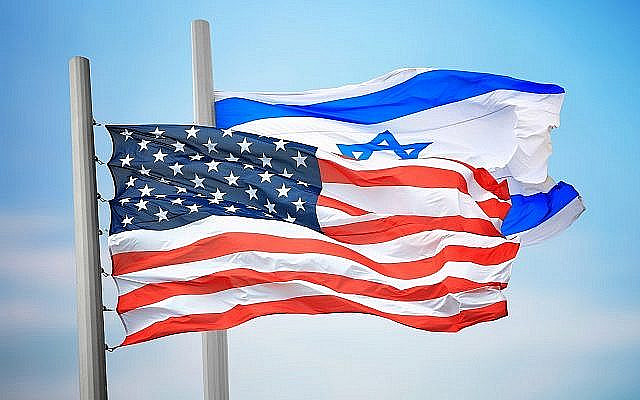 llustrative image of the US and Israeli flags (3dmitry; iStock by Getty Images)

My niece, who lives in Tel Aviv, just gave birth last week to a baby girl.  The baby is spending a good part of her second week of life in a bomb shelter.

My brother, who lives by the border with Lebanon and served in the IDF in the 1982 Israel-Lebanon War, tells me that Israel needs to send a strong message to Hamas, a message they will take to heart, if only they had a heart.

My sister, who lives between Jerusalem and Tel Aviv and helps her daughter take care of her six grandchildren, says that no country in the world would allow missile attacks and not respond, but Israel is told to respond “proportionately.”

A friend emailing me from Jerusalem asked me yesterday, “Where are the rallies, the demonstrations in support of Israel that were so prevalent during the Six-Day War and Yom Kippur War?”  Why aren’t the Jewish Federations who supposedly represent the Jewish community, urging Jews in the Diaspora to stand united and support Israel which is under attack?”  When I ask the same question of a community leader in the Midwest, I am told, “rabbi, it’s complicated.”

Last night our Jewish Federation and Board of Rabbis hosted a community-wide virtual gathering of prayers and poems. No action items. No letter-writing campaigns to members of Congress, to President Biden. No fundraising efforts to help Israelis. No announcement of a solidarity rally to support Israel in the public square (although I am told today that one is being planned).

Meanwhile, demonstrators have taken to the streets of Sacramento in support of Palestinians.

I hear the voices of my parents, who made Aliyah in 1983 and are buried in the City Cemetery in Netanya singing, “Od Lo Avda Tikvateinu” — “Our hope will not be lost.”

I want to believe those words “Our hope will not be lost.” Prayers are important but Abraham Joshua Heschel would have asked, “why aren’t American Jews praying with their legs?”

Uru, y’shaynim mish’nat’chem,” “Awaken, you sleepers, from your sleep!  May we American Jews awaken from our slumber, unite, and act — before it is too late.