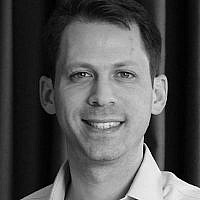 The Blogs
Yonatan Green
Apply for a Blog
Advertisement
Please note that the posts on The Blogs are contributed by third parties. The opinions, facts and any media content in them are presented solely by the authors, and neither The Times of Israel nor its partners assume any responsibility for them. Please contact us in case of abuse. In case of abuse,
Report this post.

Anyone following the news in Israel can hardly avoid the frenzied – yet predictable – reactions to the recent proposals for judicial and legal reform. Delivering on a key campaign promise, freshly appointed Minister of Justice Yariv Levin has outlined his policy agenda in broad strokes, triggering a deluge of dire warnings from politicians and pundits about the end of Israeli democracy itself. “Hungary is here” and “political coup” are common refrains to be found over the airwaves and in the Twittersphere.

Yet with all the hyperbole and alarmism employed by their opponents, a closer look at the proposed reforms reveals a measured, justified, and indeed a patently democratic response to decades of illegitimate judicial overreach. Regardless of whether one supports these reforms, they are well within the democratic prerogative of an elected government with a popular mandate for constitutional redesign, and hardly warrant a collective panic attack.

The Israeli Supreme Court is widely regarded to be among the world’s most activist. Over the course of forty years the Court has arrogated to itself key governing authority and has invented a degree of judicial power unparalleled in any modern democratic society, for the most part with no basis of statutory authorization or public legitimacy, and in many senses entirely incompatible with established notions of accountable government and democratic self-rule. This has been effected by the development of some truly egregious flaws – elements of Israel’s legal system that are indefensible in principle and unsustainable in practice.

The most glaring of these flaws are indeed targeted by the new proposals for reform: judicial supremacy over legislation, despite the lack of a written and publicly acknowledged constitution; a vague and lawless “reasonableness” doctrine replacing the executive’s governing prerogative and subjecting accountable government policymaking to unaccountable judicial control; and judicial veto-power over appointments to the bench, systematically abused to exclude jurisprudentially diverse judges from the court.

Far from purely partisan or self-serving, genuine criticism of these flaws has been consistent (and consistently growing) since the 1980s and has been forcefully advanced by some of Israel’s leading legal scholars. These critics include towering figures such as Prof. Daniel Friedmann, Prof. Ruth Gavison, Prof. Yoav Dotan, and Chief Justice Moshe Landau – all considered political moderates. Levin’s proposed reforms address these flaws precisely and closely track specific suggestions previously made by many of Israel’s most highly regarded legal giants.

First, the much-maligned “override” clause merely reverts final say authority to the Knesset – Israel’s legislature and the only branch of government directly accountable to the electorate. While a written constitution may be desirable, the inescapable fact is that the Israeli public never consciously enacted or adopted one. Instead, in a 1995 ruling hotly disputed and vehemently contested to this day, the Supreme Court decided that two new Basic Laws could serve as Israel’s pseudo-constitution, which somehow grants judicial review over primary legislation. Since then, Israel remains the only country in the world with judicial power to strike down laws, yet without the textual basis of a written constitution to legitimate, define, and limit such monumental judge-made authority. In the words of renowned Judge Richard Posner: “Only in Israel do judges confer the power of abstract review on themselves, without benefit of a constitutional or legislative provision. One is reminded of Napoleon’s taking the crown out of the pope’s hands and putting it on his own head.”

Under such circumstances – and regardless of one’s opinion of the 1995 so-called “constitutional revolution” – there can be no justification of judicial supremacy in the absence of a written constitution duly enacted by the people. Indeed, the real democratic deficit cay be found in the past 30 years of judicial supremacy, whereby the court may “override” the Israeli parliament and has final say on any matter it chooses, despite no actual constitutional anchor enabling such authority, and whereby the electorate is powerless to “insist” on having their way in spite of judicial objection.

Even if one is to accept the de-facto reality of judicial review of laws, the court has no valid claim to be the final arbiter on publicly contentious issues, on balancing and prioritizing competing values and interests, and even on matters concerning rights. A human right to “dignity” does not entail a judicial right to dictate law. In the event of an impasse between the Knesset and the courts, it is the elected representatives accountable to the people who are entitled to have the last word – surely a basic tenet of democratic government.

Second. The novel “reasonableness” doctrine developed by the Israeli court since the 1980s contends that governmental actions, appointments and policy can be “unreasonable” (and therefore, invalid) even when fully complying with all legal requirements and resting on uncontested statutory authorization. Straying far from the original English “Wednesbury unreasonableness” doctrine, there is no unique requirement that such invalid government action be somehow “outrageous” or beyond the pale. Rather, every conceivable government action – indeed, even the appointment of government ministers or the most senior public servants, perhaps the very definition of governing itself – becomes subject to arbitrary and whimsical judicial oversight, the primary test being whether the presiding judge happens to favor the policy or appointment under review.

Releasing the Court’s stranglehold over all lawful executive governmental action is hardly undemocratic and would bring Israel in line with most Western democracies, which would never entertain or tolerate such judicial encroachment on legitimate governmental discretion. To state the obvious, annulling the “unreasonableness” doctrine would not affect other traditional and established grounds for judicial review, such as illegality (exceeding or lacking legal authority) or arbitrariness.

Finally, the Israeli Supreme Court is universally singular in its gross imbalance between judicial power and judicial appointments. Most constitutional regimes with robust judicial review of legislation employ a political judicial appointments process – reflecting and acknowledging the deeply political and ideological nature of judicial constitutional enforcement. In Israel, the Supreme Court commands a third of the nine-member judicial selection committee (and in practice, holds sway over a majority of members), where the political branches are a permanent minority.

As if the mere involvement in appointing their own colleagues was not enough, the court wields veto power over appointments to the Supreme Court itself. While objectionable in itself, this might have been tolerable if the court had not systematically abused such power – especially in the past two decades – to block judicial candidates whose professional qualifications were impeccable, but whose jurisprudential leanings did not align with those of sitting judges. Granting the political branches greater weight in judicial nominations seems to be the bare minimum antidote – reflecting both the enormous influence accumulated by the courts, as well as tempering the flagrant abuse of judicial veto power against disfavored candidates.

It’s worth emphasizing that each of Levin’s reforms in fact mirrors a corresponding judicial reform, initiated and amplified by the courts. Unlike these original changes, advanced by obscure judicial decisions far from the public eye, the incoming government has a clear public mandate reflecting explicit and detailed campaign promises. Somehow, critics of the reform seem to have no objection to an unelected and unaccountable handful of judges defining fundamental features of Israel’s constitutional regime, while the same critics argue against the legitimacy of a duly elected majority of legislators doing just the same.

Critics and observers ought to also consider that the proposed reforms are in many senses more benign and measured than many other valid alternatives. In lieu of the override clause, which requires an absolute majority and is unlikely to be used often (if Canadian experience is anything to go by), the Knesset could simply amend the Basic Law and explicitly state that no court has authority to override legislation, period. Instead of minor tweaks to the judicial selections committee, the Knesset could scrap the current committee and adopt a purely political process (nomination by the government, approval by the legislature, etc.), as is indeed the standard practice for most constitutional courts. And so on. The Knesset has full authority to make these changes, and none require any kind of special legislative majority.

Understanding this last point is crucial because it relates directly to the hyperbolic and apocalyptic nature of much criticism surrounding the proposals for reform. The near-hysterical tone employed by these critics is not only misguided, misplaced and highly misleading – ultimately, such “crying wolf” is severely damaging and may lead to catastrophic consequences. The current proposals represent a genuine groundswell of political opinion deeply and justifiably resentful of a self-perpetuating and electorally-insulated judiciary that has consistently and unlawfully arrogated to itself policymaking authority. Failure to enact the current (moderate by all measures) legal reforms – whether due to political impotence fueled by media frenzy, or worse, due to direct judicial obstruction – will inevitably lead to a more severe public and political backlash. Exaggerated and inflammatory allegations only serve to poison public discourse and muddy the waters, and will likely simply incentivize voters and legislators to seek more extreme solutions.

One way or another, the people and electorate will ultimately get their way. It is only a question of how much scorched earth the activist camp and democracy deniers leave behind when this happens. All would be wise to approach the current proposals for judicial reform in a level-headed, responsible and informed manner – and our democracy would be all the better off for it.

About the Author
Yonatan Green is an attorney licensed in Israel and the State of New York and serves as Executive Director of the Israel Law & Liberty Forum. Opinions expressed here are his own and do not represent official positions of the Forum.