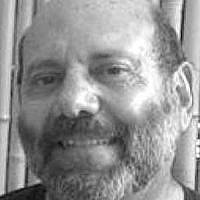 The Blogs
Lawrence Feldman
Apply for a Blog
Advertisement
Please note that the posts on The Blogs are contributed by third parties. The opinions, facts and any media content in them are presented solely by the authors, and neither The Times of Israel nor its partners assume any responsibility for them. Please contact us in case of abuse. In case of abuse,
Report this post.

According to recent news reports, creating a unity government would involve appointing some 34-36 ministers. Setting up and running several pointless ministries – in addition to the many we already have — would be a waste of millions if not billions of shekels.

Since we’re living in a time of austerity, government, clearly, should in fact be setting an example in cutting unnecessary expenses. The number of ministries should be reduced to an absolute minimum, say ten, focusing on the essential services of government.

Yet consider the twenty-five-or-so MK’s who expected a ‘promotion,’ and who would now remain lowly Knesset back-benchers. How, for example, could we compensate the gentleman who expected to become the Minister for Left-handed Gnomes? What about the poor woman who anticipated becoming the very first person to head up the newly–created Ministry of Waterfalls? Well, it occurred to me that since for all practical purposes we have a royal couple, why not have these disappointed MK’s become Lords of the Realm? We could make them Knights of the Order of Balfour! Let’s see what this might entail.

The Investiture Ceremony: Although we inherited our legal system from the British, and they certainly have more experience in regal ceremonies, the Israeli investiture ritual should reflect current political realities. Here’s one possibility:

While the knight-elect knelt before the royal couple, Sara (BA, MA) would splash some champagne first on one shoulder and then the other, following which the prime minister would place ceremonial cigar ash in the center of the forehead. True Believers among the knight-elect might opt to place their right hand on a copy of Yair Netanyahu’s Book of Mirthful Tweets during the ceremony.

Those soon-to-be former ministers who’ve done yeomen’s service during the last government might be singled out for special recognition. Miri Regev, for example, whose keen and astute observations have continually enlightened the Israeli public, might receive the Oz Scarecrow’s honorary Doctorate of Thunkology, the ThD degree; Gila Gamliel, the Minister for Social Equality who had the courage to cast the deciding vote in rejecting a motion that would have raised pensions for the elderly from the already extravagant 1,600 shekel a month, would be presented with a tin heart; while for Moshe Lizman – who diverted his attention from his main job of kowtowing to the tobacco industry just long enough to whip the healthcare system into the fine shape it is in today – a globe-size model of the Corona virus in paper mâché would certainly be appropriate.

At the close of festivities, as a symbol of their newfound royalty, each knight would be presented with something along the lines of an Obi-Wan Kenobe light phaser. Ordering from Ali Express at the present time might not be advisable, but presumably something suitable might be found at Ha’pirat Ha’adom. And although, as noted, knighthood is meant to be a symbolic, prestigious honor, some token remuneration might be provided — perhaps a yearly book of coupons redeemable at any Rami Levy poultry counter.

The Knight’s Uniform: Admittedly, thinking about formal wear at a time when most of us are pacing the house in pajamas, or lounging around in our underwear, is especially difficult; yet it is an issue that eventually will have to be addressed. Suffice it to say that a designer with proven élan and creativity would be required to create the knights’ uniform – certainly, the anonymous talent with keen fashion sense who serves as Miri Regev’s personal stylist would be up to the job.

The knights would be required to don their uniform at special convocations. They would not be allowed any ornamentation, for if only one of them were bejeweled, onlookers would ask, “Why is this knight different from all the other knights?”

Yes, instituting Israeli knighthood might involve having to endure excruciating attempts at humor. But the alternative would be a government with some thirty-five ministers, and the expense involved would just require cost-cutting elsewhere. The government might even have to sell off the Netanyahu family airplane (approx. cost: NIS 580 million)!

And what a loss that would be to us all.

About the Author
Lawrence Feldman made aliyah with his wife, Nettie, back in 1982. Both native New Yorkers, they have four children and currently reside in Jerusalem . Larry writes the occasional blog post for TOI, mainly political satire and other humor pieces.
Related Topics
Related Posts
Lawrence Feldman
Comments