After the first (and foremost?) presidential debate between Donald Trump and Hillary Clinton, the most rejected presidential candidates in recent American history, I asked my brilliant (and authoritative) husband Alan: “Nu, after all these documentaries and debates, are you still in favor of Donald Trump as President of the United States?”

At first he was quiet. Then he did his best to escape a full answer.

As has turned out to be the rule these days, this is not the real truth. The real truth — that of course could and must be deformed by my increasingly defective memory, or so my enemies prefer to believe — is that Alan has chosen Donald Trump as “his candidate” (albeit an American citizen, Alan had never voted and never will, according to his own disposition) from the very beginning, when there were 18 Republican candidates to choose from, as I made a point of reminding him.

I didn’t. Because I was deeply traumatized by my choice of Barack Obama in 2008, back in 2015 I decided to go for a more “conservative” option and elected “low-energy” Jeb Bush as my favorite. But it soon became obvious that “Jeb” was never going to fly; and when I was finally faced with Trump vs. Cruz, I practically had no other option but to go with Trump.

I have been able to keep my vote ever since. But, to be honest, I’ve also kept my mind open and have been tirelessly analyzing, or trying to analyze every Trump step in his bumpy road to the White House. Maybe.

Let’s face it: I was practically sure that there was nothing in common between The Donald and myself, with emphasis on the fact that, not only have I been struggling with money all my life, but also that I make a point — a completely senseless point, I admit, even more so in uber-capitalist America — to keep money and work 100% unbound, not even related. I don’t know, maybe I’ve fallen victim of some oversimplified version of Christian guilt, added to a core rejection of the widely spread and quite prejudiced belief the “all Jews are created financiers.”

Nevertheless, this first impression was quickly overcome. I soon discovered that Donald and I shared a knack to graciously offer people their true-natured names (aka “name-calling” or, on the positive side, “nicknaming”), along with a few “buzzwords” (or better, “buzz expressions,” as demanded by my stubborn ESL personality), like “believe me.” In my case, Hillary’s acid response “I don’t believe you” would be utterly unnecessary, since whenever I write “believe me” in a chronicle, you’d better not.

At any rate, today, even after the aforementioned debate, I’m still a Trumpist. Deplorably. Believe me.

Hillary had had a bad week, coughing, falling, pneumonia and all. Poor old hag, I can hardly imagine all she has been forced to go through in this merciless presidential race — a meaningless test, at any rate. No matter what hardships one must go through when applying for the highest office in the land, it is still a “free sample” of days to come, in case one reaches their goal of not only acting presidential, but of being the president, day in and day out, oh my God, for at least four years. What a tremendous hassle! But when she entered the stage that day, one could perceive at a glance that it was a winner’s entrance. The red costume, although carefully hiding her arms and legs (probably and regrettably as cellulitic as my own), as has become her “style,” looked ravishing, defiant, screaming “self-confidence” in full voice. The hair had freshly-added, shiny, “sun-kissed” highlights, and certainly looked fluffy and soft, in a high contrast with other less enticing, tired looks she had exhibited recently. The makeup was also perfectly fit, a smoothly conceived mask artfully designed to disguise her years, all this topped with a constant, radiant smile, to which she added the occasional shimmy that turned out to be the “trademark” of the debate. A true star.

Who could beat that? Certainly not the weird-haired, disgustingly masculine-looking (and acting), rich, old Trump. Who, it turned out, couldn’t keep his mouth shut in order to avoid bragging about his “smart-businessman-ass.” It was beyond the pale.

“In all fairness” (another of Trump’s famous buzzwords), with so much theater and advanced media techniques, especially designed to make you think whatever “they” want you to think and act upon, it comes as no surprise that not only a (tiny) majority of Americans, but also the majority of the world has no doubt that they must opt for Hillary without a wink. They must know better, in such a complex and dangerous world as ours is today, right?

I, for starters, 40 days before the election must confess I still don’t know what is best, except that it’s not Hillary. Especially after my beloved Obama’s redemptory proof that he was after a legacy from day one, regardless of the effect of his beautiful words, which could or could not be transformed into facts. Mostly not, as time has demonstrated.

A sidebar: As someone belonging to the métier, I cannot stop myself from pointing out that the much-appreciated Hillary’s campaign logo is dangerously similar to that of a government agency.  Moreover, this is her last-ditch attempt to materialize an old political prophecy: “Eight years of Bill, eight years of Hill.” End of sidebar.

Especially this week, it is sad to realize the true stature of politicians today, mostly liars and cheaters in their own right, and utterly disdainful of their people’s needs, or pain. For this week in particular, an old school politician, a pillar of justice and goodness (or so I sincerely hope and like to believe) has left us for good: Shimon Peres, the last founding father of the State of Israel. History had turned a page.

In all honesty, I have no idea where this world is heading, but after the twists and turns of destiny, and the disturbing achievements of the good-intentioned revolutionary themes brought up by our baby-bummers generation (I’m so sorry for my despicable pun, but in our gender-crazed days it is almost inescapable), it is kind of refreshing to at least maintain the illusion that somebody up there resembles my daily, down-to-earth simplified thinking. And this person would be Donald Trump. Not to mention the fact that I surely expect him to surround himself with capable, experienced, down-to-earth yet well-informed officials who will advocate for commonsense progress and concrete, realistic goals.

I was planning to finish these ramblings today with an intriguing affirmation I heard the other day on TV, comparing some outstanding American historic figures such as, let’s say, Harry Truman, who rebuilt a demised Europe after WWII, or even Ronald Reagan, who helped destroy the “good communist” myth, to a Barack Obama whose most palpable legacy is the creation of “transgender bathrooms.” But, unfortunately, I failed to write it down at the time and could not find it later — as you all know, an unforgivable sin for any attentive chronicler that deserves the name. And for that I hope you’ll accept my sincere apologies. 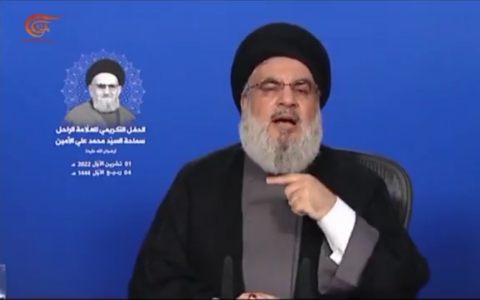