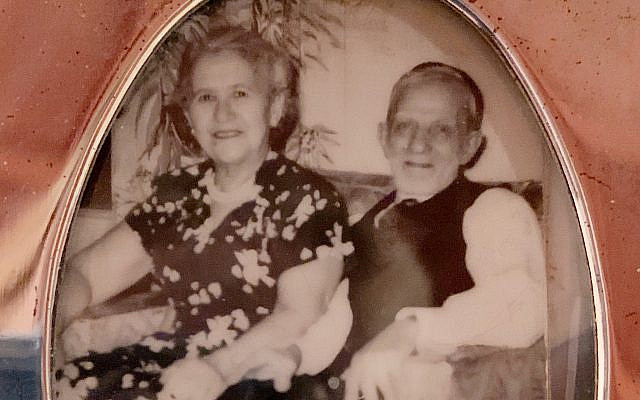 I want to tell you about Tsiryl and Chaim.

Their love story actually started in Jerusalem over 100 years ago. 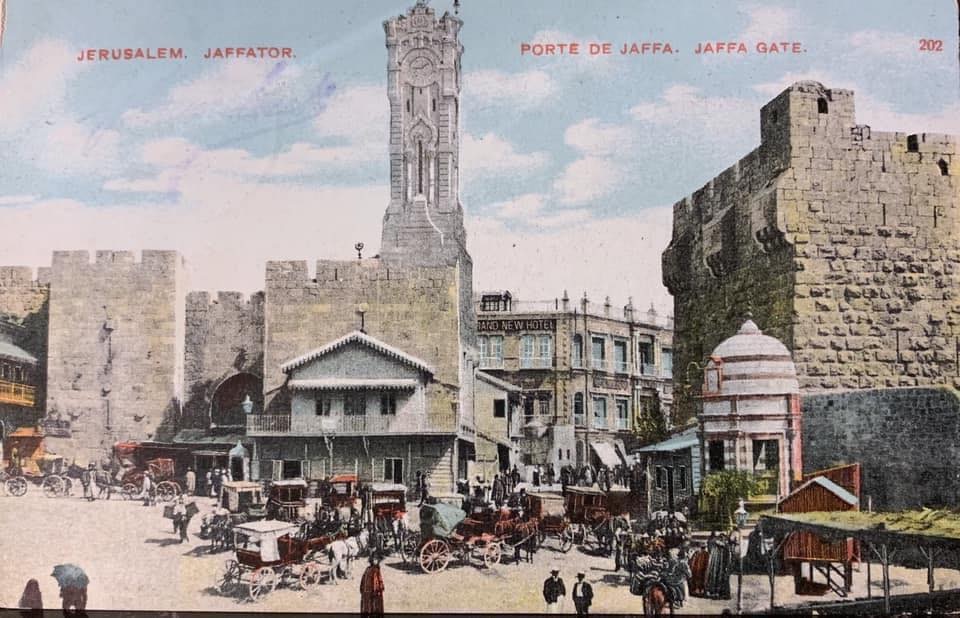 Tsiryl — strong willed and daring, with long black hair and a strong jaw and flashing eyes kissed a stranger on a roof in the Old City — the stranger worked for the sultan.

He was tall and smelled like cardamom and salt and he had a mustache and smooth skin.

(This man was not Chaim.)

Maybe she loved him.

But it didn’t matter: It was a huge family scandal and they sent her as far away as they could — not just back to Poland because that would he too close, but allllllllll the way to America to live with an uncle in Chicago.

Maybe she thought about the man on the rooftop.

But one day, there was a knock on the door and Tsiryl was home alone and startled so she answered it. Wearing her slip.

There was a man on the doorstep with hair so blonde it was practically white and twinkling cobalt blue eyes.

(THIS man was Chaim.)

Chaim was delivering something for her uncle.

He dropped the package on the doorstep, turned bright red and fled down the steps. 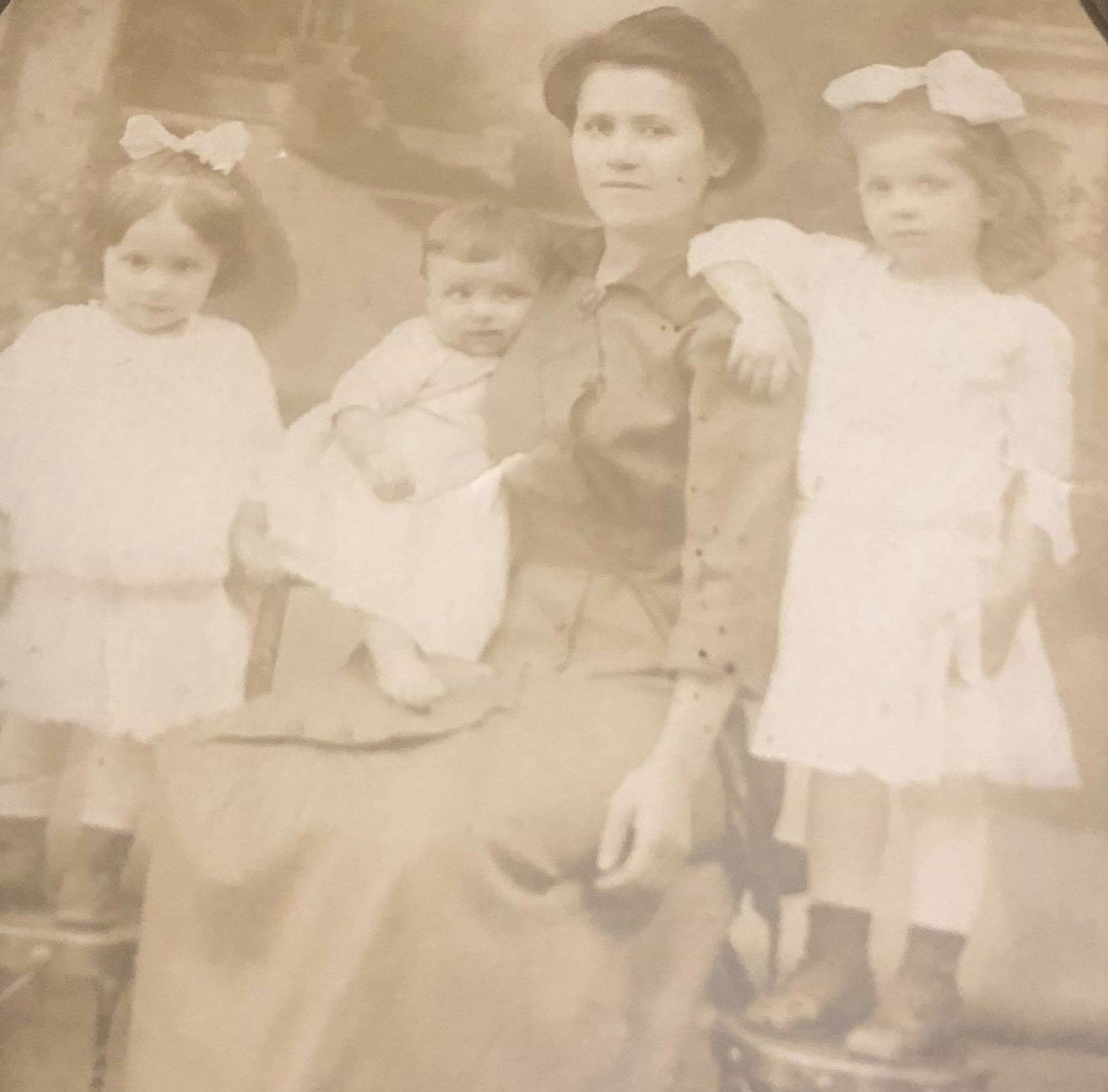 They ran a kosher butcher shop, and Friday afternoon before sunset, Chaim would come home from work with their weekly earnings — through the sweet years and the lean years,he would bring his salary home to Tsiryl and she would open the pocket of her big white apron and he would drop the coins and bills inside.

Then, she would count the of the spending money — for sandwiches and cigarettes and street car rides through the frigid Chicago winters.

Tsiryl ruled the house with those flashing eyes — she refused to cover her hair — She was fierce and she chased one of Meir Lansky’s lackeys’ out of her butcher shop… waving a bloody cleaver. (“What do you mean you want me to pay for protection? I know your father! We’re Landsman!”)

And Chaim never stopped being the shy young man on the doorstep with white blonde hair and twinkling blue eyes. But there was strength in his gentleness – when he saw an ant on the sidewalk, he would cross the street to avoid stepping on it.

They wrote letters back home to the Old Country, and gathered together in the evenings to read the replies.

Sabbath after Sabbath, their kids got big. They married off their daughters, one son vanished into the belly of the Chicago mob, the other because a farmer out in California. Sabbath after sabbath, day after day, grand-babies born sweet and pink — one of them was my mom — except for the little baby boy born blue and quiet. 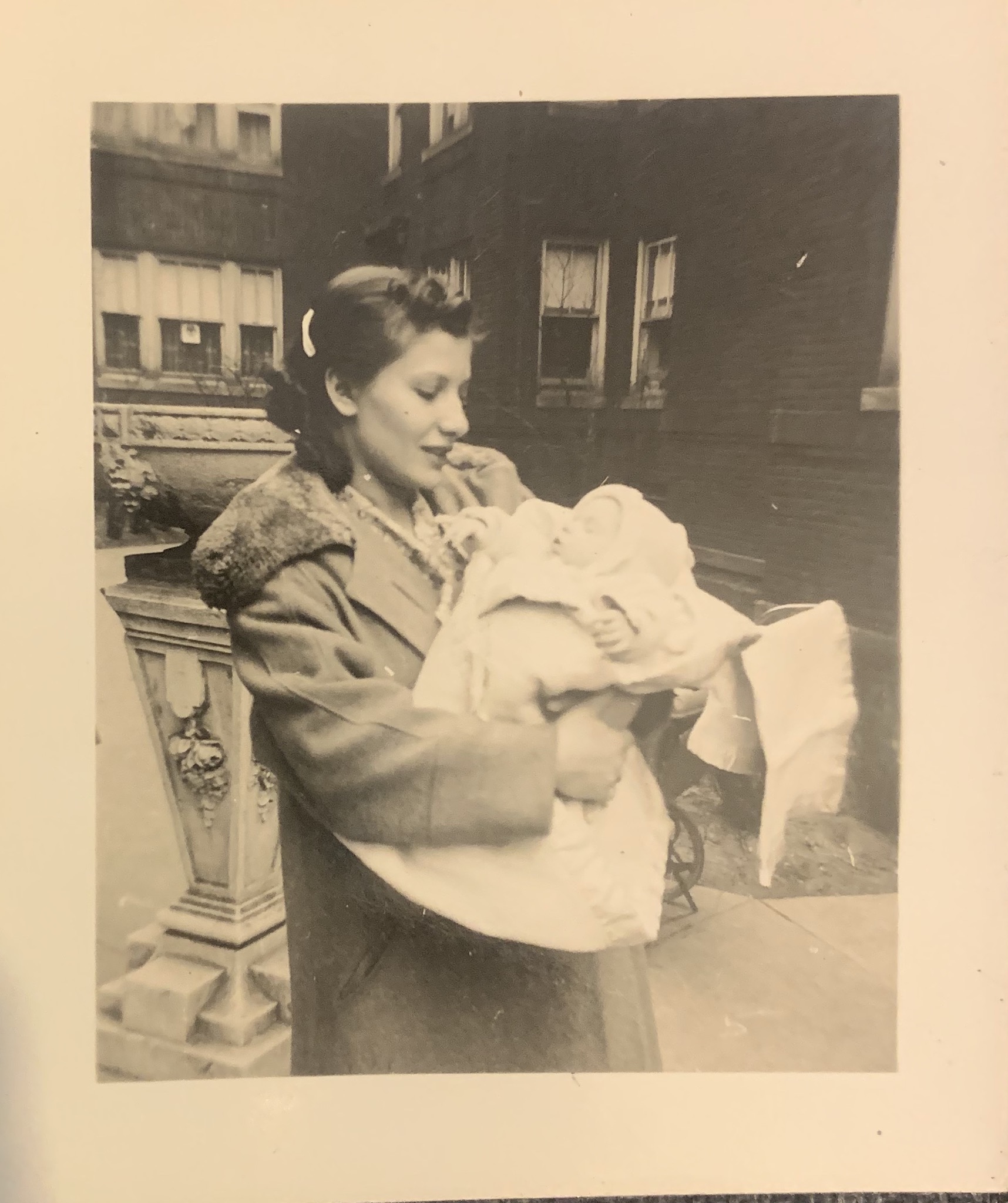 Then the letters came from the Old Country about the others who disappeared into cattle cars and headed east, gassed then turned to smoke.

Then the letters stopped.

But across the world in Chicago, Tsiryl and Chaim lived. They ran their business day after day and planted a vegetable garden, they never went to sleep angry.

Sabbath after Sabbath he brought the salary, they lit the candles and he sang Eshes Chayil, in praise of his woman of valor.

A Woman of Valor, who can find? She is more precious than corals.
Her husband places his trust in her and profits only thereby.
She brings him good, not harm, all the days of her life.

Some weeks, Tsiryl’s apron was heavy, other weeks, no weight at all. Mostly, somewhere in between.

She shrieked: “How could you afford such a gift?”

He smiled and shrugged, his blue eyes twinkling, and he blushed, that same gentle young man on the doorstep in awe of the formidable beauty before him.

The spending money she gave him — a few coins, a few bills, he’d been saving them since the beginning, hiding it away on a tin in a drawer. He went without sandwiches. He went without cigarettes. He skipped the street car,and walked to work in the wind and the rain.

She was his Eshes Chayil, his Woman of Valor, more precious than corals, and she deserved a diamond fit for a queen.

He died not long after he gave her that ring — but their love story lives on, it spills over, day after day, Sabbath after Sabbath — the caring and the sacrifice, the home they made, the life they built from that first moment they met until this very one, which I’m sharing with you.

About the Author
Sarah Tuttle-Singer, Times of Israel's New Media editor, lives in Israel with her two kids in a village next to rolling fields. Sarah likes taking pictures, climbing roofs, and talking to strangers. She is the author of the book Jerusalem Drawn and Quartered. Sarah is a work in progress.
Related Topics
Related Posts
Comments