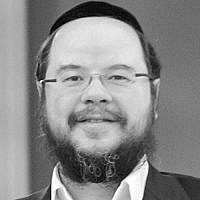 The Blogs
Yosef Vogel
Apply for a Blog
Please note that the posts on The Blogs are contributed by third parties. The opinions, facts and any media content in them are presented solely by the authors, and neither The Times of Israel nor its partners assume any responsibility for them. Please contact us in case of abuse. In case of abuse,
Report this post. 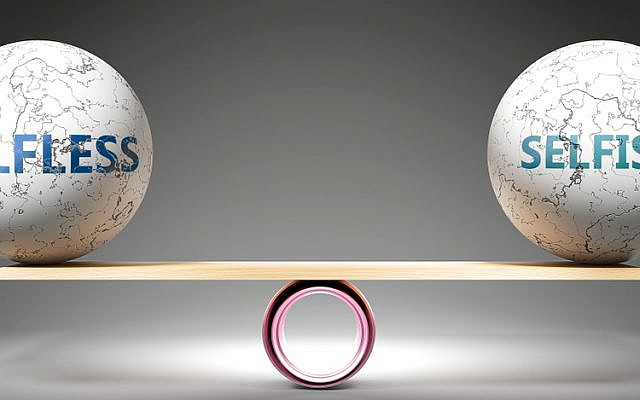 The story is told of the first encounter between Masayoshi Son, founder of SoftBank Group and Adam Neumann, where Mr Son allegedly said that he appreciated that Mr Neumann was crazy but he thought he was not crazy enough.

To be sure the word ‘crazy’ has many connotations, both negative and positive. The word is generally used to describe someone who is either ‘insane’, ‘unpredictable’ or nonconforming.

Whatever it’s true meaning, it is certainly a word used more frequently today in describing dramatic events and the behavior of key players on the world stage. It seems like all the norms and conventions we once held sacred are being fundamentally challenged.

Interestingly it was this very subject that the Rebbe addressed in his inaugural speech, Shevat 10, 5711 (January 17, 1951). The Rebbe explained that it was indeed the task of our generation to complete the mission for which the Jewish people were born, by creating a “dwelling place for G-d in this world”.

You may ask, how so?

The Rebbe used the following phrase to explain how. Quoting the Talmud which says that a person sins only because a “spirit of folly” enters him. The Rebbe said that it was the task of our generation to transform the “spirit of folly” into a “holy folly”.

What is meant by all of this?

It is at this point where the Rebbe was in effect challenging “conventional wisdom”. Who decides what or who is normal? What criteria do we employ? What if another group of people or country have a completely different set of rules or values? Who is the ultimate arbitrator?

The more the world becomes interconnected with dizzying speed, the more serious this challenge becomes. To live and let live is not a solution going forward. We are all affected by what goes on in any part of the world. Surly we need a universal system.

The Rebbe was saying that the only solution was by transforming the “spirit of folly” into a “holy folly”. In other words we can heal the world by converting our ‘selfish crazy’ into a ‘selfless crazy’.

To put this into context we can say the following: There are two forces fighting for dominance in the world, at polar ends of the spectrum both on a macro and micro level. We can either take a selfish, narrow and short term view of life. Where we look out for ourselves (and even for our families) to the exclusion of others. We are self centered.

This approach says the Talmud is ‘folly’. Because by being selfish we are in effect undermining others either directly or indirectly. For if there is a loser in the game there is no real winner, certainly not in the long term.

Or we can choose to take the selfless path. This road requires making much sacrifice initially. We live our lives to serve a higher purpose. We are committed to a cause greater then ourselves. We constantly look for the ‘win win’ option in all situations. We are looking for modals by which we can align our values and behavior in ways which can help realize the potential of all mankind. We are searching for values which are both timeless and universal.

In summary:There are two paths we can choose in life. Both are ‘crazy’ in very different ways. We can either be ‘self centered’ and manipulate all else accordingly. Or we can choose to live a life filled with a purpose that seeks the best for all mankind.