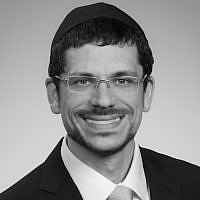 It’s a sad reality that discussions of vaccines start with reassuring the reader that vaccines do not cause autism or any other disorder. It’s sad because our focus should really be that vaccines save lives.

The simple truth that vaccines have been and continue to be a blessing for mankind – eliminating suffering, disease, and death – is becoming more and more difficult to uncover. Much of the confusion stems from the discredited work of Dr. Andrew Wakefield, who tried to show that the MMR vaccine can cause autism.

The problem is that it was completely fabricated; he made up the whole thing.

The Lancet, which originally published his research, has since issued a retraction and Britain revoked Dr. Wakefield’s medical license. There is no link between autism and the MMR vaccine – or any other vaccine for that matter – and there never was one. And yet, this claim which cannot claim even a shred of evidence or data to back it up is repeated over and over again, particularly by Hollywood types (that alone should raise eyebrows).

All of the efforts to debunk these baseless and frankly dangerous claims often distract us from what should be our real focus – saving lives. One prominent pediatrics practice in New York City has a sign on the door of each exam room informing parents that for the most children, vaccinations are the most important interaction they will ever have with their pediatrician.

There are a whole host of diseases that we simply don’t seem to encounter anymore. From being one of the most dreaded childhood diseases of the 20th century, most of us don’t know of anybody who has or has ever had the disease. Diphtheria, measles, H. influenza meningitis are becoming so rare, that most doctors will never diagnose a case in their entire careers. And this is perhaps one of the reasons for some of the current confusion.

We appear to be victims of our own success. Since we barely, if ever, encounter the diseases we are vaccinating against, some people wonder, “if I don’t know anybody who ever died from diphtheria, why do I need to be so concerned about it?”

The simple answer is that we don’t see these diseases anymore because of successful extensive and aggressive vaccination. In fact, in places where vaccination rates lapsed, rates of whooping cough (pertussis), polio, and measles have skyrocketed. Children and adults became needlessly sick and several have died. The most effective way to protect ourselves and our children is through vaccination.

While vaccines may be one of the greatest medical discoveries of the last century, they are only as effective as they are used. To have the most significant impact, everybody should ideally be vaccinated. Our society however, doesn’t – and frankly should not – force medical procedures on anybody. Therefore, massive efforts have been taken to convince people of vaccines life-saving benefits and recruit them to the effor. One of the most effective means of societal encouragement is requiring vaccinations as a prerequisite to school enrollment. Since public schools and even most parochial schools receive some level of governmental funding – the government as the ability to enforce this requirement and the incentive is particularly strong.

The vaccination requirement however, is not absolute. It cannot be, since there are people who cannot receive some or all vaccines. Some are allergic to a component of a particular vaccine and if taken, may suffer sometimes fatal, adverse effects. For these individuals, the risk of immediate suffering (and possibly even death) outweighs the potential benefit that vaccines can offer. Additionally, some people suffer from other ailments and conditions that weaken their immune system to the point that their bodies cannot properly process and respond to vaccines. The school acceptance vaccine mandate is waived for these individuals.

Additionally, in line with our respect for different values within our society, there is another route for exemption – for those with philosophical or religious objection to vaccination. While open to debate, the government views the importance of vaccinations as insufficiently compelling to override a person’s right to religious freedom. Access to education will not be denied because of particular religious prohibitions – meaning that the government will not require you to violate your religious precepts so that you can attend school. But short of an outright religious violation, the mandate stands, regardless of whether your or your religion encourages, discourages, or simply has no comment about vaccines.

With increasing frequency, some Jews, particularly Orthodox Jews, are claiming that Judaism fits within this exemption. More and more students are showing up to Jewish schools unvaccinated, claiming exemption based on religious objections.

This is terribly misguided, dangerous, and simply wrong.

This is not true for Judaism.

Simply put, there is no stream of Judaism nor any rabbinic or halakhic authority that prohibits vaccination. In fact, the opposite is usually the case. Using Judaism as a means to obtain a religious exemption from a school vaccination mandate is simply that – using Judaism to further your own agenda.

There is admittedly some debate whether, as a matter of Halakhah, vaccination is obligatory or merely permissible, albeit proper and recommended. (We will hopefully analyze this debate in the near future.) But the question at hand is not whether or not Halakhah views vaccines as permissible or mandatory, but whether they are forbidden.

The fact that Halakhah may not require vaccination (again, subject to significant debate), certainly does not mean that they are forbidden. Many things we do in life are halakhically neither required nor prohibited – they are permissible – meaning, that from a strict halakhic perspective, I have a choice whether or not to do them. Even if Halakhah cannot mandate vaccination – certainly a debated proposition – it certainly does not forbid them. Asking a school for a vaccination exemption would be the same as demanding being excused from gym class on account of Halakhah not requiring it. Since Halakhah doesn’t specifically obligate gym class, the twisted anti-vaccine logic should also forbid physical education. Both propositions are preposterous.

Jewish law cannot serve as a basis for a religious exemption for vaccination. Claiming that it does, is a perversion of both logic and religious law.

Perhaps Jewish parochial schools should turn away students requesting religious exemptions from vaccination by explaining that the school practices Judaism and it apparently the student (or his or her parents) does not.

About the Author
Rabbi David Shabtai, MD is the Rabbi of the Sephardic Minyan at Boca Raton Synagogue and the author of Defining the Moment: Understanding Brain Death in Halakhah [amzn.com/0615560482]. All opinions are his own.
Related Topics
Related Posts
Comments