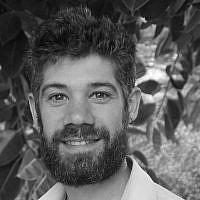 The Blogs
Matthew Lewis
Apply for a Blog
Please note that the posts on The Blogs are contributed by third parties. The opinions, facts and any media content in them are presented solely by the authors, and neither The Times of Israel nor its partners assume any responsibility for them. Please contact us in case of abuse. In case of abuse,
Report this post. 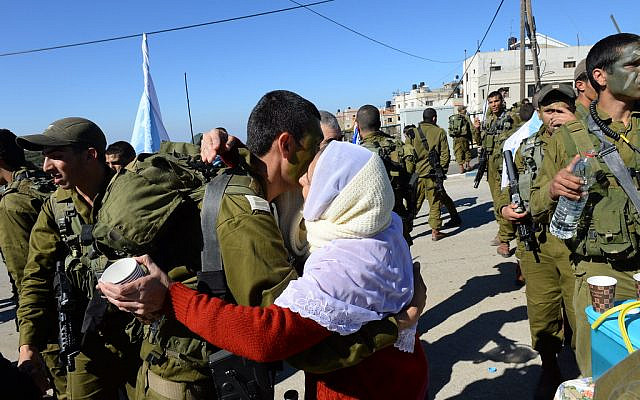 Any democracy holding conflicting values of diversity, equality and individuality already has enough of a challenge on its plate. Since their inception, most Western democracies have periodically seen their own citizens unfold into open battle over one issue or another: gender, race, communism vs capitalism, the widening gap between right and left, immigration policy, the boundaries of defensive action, among countless others. Some of our most important concepts are in constant struggle with themselves: freedom of expression vs cultural diversity, equality vs individuality, upholding moral values vs conflict avoidance, authoritarian efficiency vs democratic messiness. These conflicts, and the friction they cause in society, are an essential part of being human. It’s chaotic, but it’s beautiful.


Fortunately for them, most Western countries are going through this internal struggle in relative safety.  While they talk and debate and ponder about their moral values, these are rarely challenged in any significant way. Western countries pat themselves on the back — gesturing towards diversity and inclusion — having barely experienced these concepts firsthand.  They apologize to minorities that they have all but wiped-out at some point in history and smile at their own newfound morality.

To pick an example of a nation that’s widely regarded as diverse and liberal, within Canada, Muslims are the second-largest religious group in the country, but make up only 3.3% of their citizens. France is considered to have the largest number of Muslims in the Western world, yet it’s only a minuscule 5% of their population. US – 1.1% Muslim. Brazil – less than 0.1% Muslim. UK – 4.4% Muslim. Germany –  2.4%. These low numbers rarely feature in the media, simply because they don’t fall into the narrative of how liberal and inclusive these countries like to see themselves. Yet, as these numbers increased by a fraction of a percent over the last decade due to immigration, the ugly head of racism was quick to rear itself throughout most of Europe and the United States, causing a sharp shift toward conservative and nationalist policies.

I like the West, don’t get me wrong.  However, given its history, and how readily it leaped back toward racism over the last decade, it is not necessarily the shining “City on the Hill” it purports to be.

I’m fearful to see how a Western country would react to a truly diverse demographic such as the one in Israel: 18% Muslim, 21% Arab, 14% African, only 35% White, as well as Russians, Christians, Orthodox Jews, and many more groups, all with conflicting values.  This would probably be more than enough for a racist, authoritarian, white supremacist wave to take over with a supporting majority.

It would be an interesting thought experiment to imagine such a country in the middle of the Muslim world that made it clear that they weren’t welcome.

One would think that anyone with at least some interest in the dynamics of humanity would need to look no further than Israel and Palestine.  There is a lot to learn about the human condition in this bowl of cultural spaghetti.  Perhaps the West could learn about how to uphold a liberal capitalist democracy within a truly diverse environment.  Maybe Muslim nations could try to understand what it means to follow Islam, yet also embrace democracy and individual rights.  I would imagine that artists and historians alike would study the complexity of the situation and see the colourful, dynamic, vicious, yet beautiful, nature of humanity reflected.

But few seek to appreciate the region’s complexity and nuance and are instead satisfied with believing the simplified version of the story: evil vs good, oppressor vs underdog, etc, and assign Israel and Palestine to either side of the story depending on what you want to believe.  I struggle to find any international media outlet that covers the conflict in a neutral and informative way, without resorting to politicization of one side or another.

Whenever a new Israel or Palestine headline hits them, the west is quick to pick one side or another and pass down its judgment.  I’m guessing that the decades of disastrous decisions n the Middle East hasn’t taught them that they know little of the world outside their bubble.

About the Author
Matthew has extensive experience in the Middle East with the British Ministry of Defence, and the Israeli-Palestinian conflict has always been a keen interest to him. He spent time in the West Bank, and now lives in Israel with his fiancé. As a Western liberal non-Jew, Matthew's opinions on the conflict can often clash with those of his peers' back home. He has a knack for bringing a fresh perspective to the conflict, and strongly believes in a two-state solution.
Related Topics
Related Posts
Comments
Advertisement