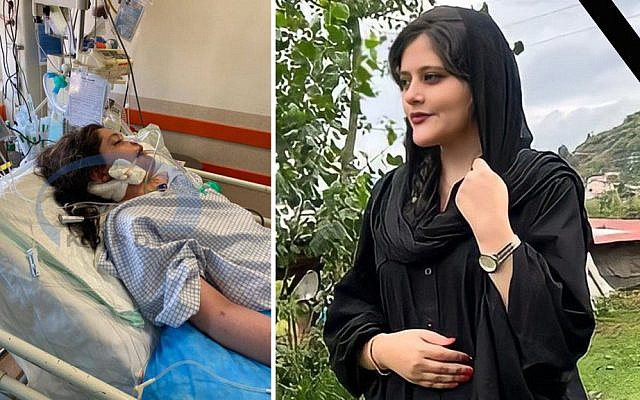 The planned killing continues in Iran’s street demonstrations, and despite the internet outage and suffocating atmosphere, the voice of unarmed people’s protest has reached the world. According to the report of the International Federation and the Iranian Human Rights Society, 18 children have been killed so far.  In the meantime, in Western countries and especially in Europe, there is talk of implementing the Magnitsky Act, which is also known as the “Global Magnitsky Human Rights Accountability Act”. The law passed by the US Congress in December 2016 to sanction and punish officials of foreign countries who are involved in human rights violations and corruption anywhere in the world.

The main purpose of this law is to fight and punish the perpetrator or perpetrators of torture and their families in the following crimes:

Cruel, inhuman and degrading treatment, sexual assault, financial assault, long-term detention “without charge and trial”, disappearance of people through kidnapping, secret detention of people, as well as denial of the basic rights and freedoms of life and personal security. Meanwhile, 1,500 people were massacred in nationwide protests in 2019. The terrorist attacks developed in the world and the firing of air defense missiles of the Islamic Revolutionary Guard Corps at the Ukrainian plane 737 with 167 passengers and 9 crew members and the killing of people in the recent nationwide protests are another part of the repetition of blood.

It should be acknowledged that the Magnitsky Act also includes the families of the perpetrators of crimes and is applicable all over the world, and all western and democratic countries, especially European countries, and all international human rights organizations deal seriously with the criminals defined. All countries consider the information contained in the global system of this law to be reliable.

The Magnitsky Act was passed by the Canadian Parliament and around 10,000 IRGC officials were banned from entering Canada. Canada, which is known as the second refuge of the officials of the Islamic Republic, is in the forefront of implementing this law in an unprecedented move. At the same time, seeing the oppression and numerous crimes of the Islamic Republic, Europe says in support of the Iranian people: “All options against this regime are on the table“. America, like in the past, talks about the sanctions of the authorities of the Islamic Republic. This is despite the fact that the officials considered by Washington do not have any property or company in this country and these sanctions are only a kind of war of words and play with words, and in practice, they have no benefit and effectiveness.

Now, considering the nationwide massacre of protestors in the streets and examining the history of the Iranian regime’s terrorist crimes in the world, we also come to the conclusion that the implementation of This law is very necessary to get rid of the oppression of the corrupt government.

In the last 43 years, the killing of opponents of the Islamic Republic in prisons and detentions has continued continuously, and widespread assassinations in the world and the Middle East have been on the rise. In contrast, what was the reaction of the world’s politicians to these violent actions? Global support was only limited to a verbal sanction and no guarantee of implementation, this silence and any kind of appeasement practically leaves the hands of governments open for more killings. Even just applying these laws alone is not enough, because most of the people involved in the killings have no share in the global economy, and sanctioning them and threatening to freeze their companies and accounts in global banks is not a deterrent.

Practical experience has shown that if the pressure on governments like Tehran increases “only with verbal sanctions”, the result will be the beginning of the next steps of crimes, with a different model. From the very beginning, it is clear that most of those who are sanctioned do not even intend to travel to their immediate neighbors, let alone leave the country and travel to the Western world, especially the European Union. As a result, along with the Magnitsky sanctions, a plan to punish the perpetrators of repression “especially when they flee after the change of government” with the aim of establishing human rights is very necessary. 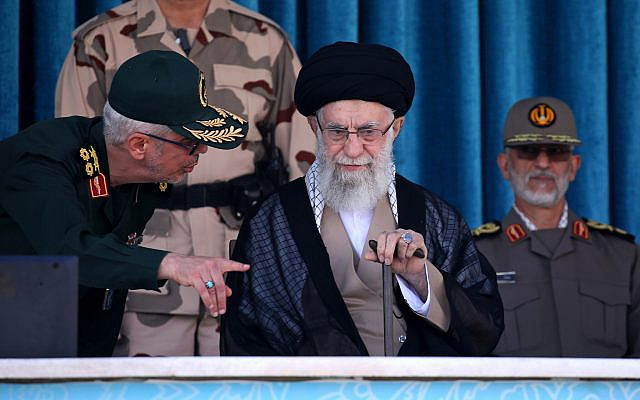 In this picture released by the official website of the office of the Iranian supreme leader, Supreme Leader Ayatollah Ali Khamenei, center, listens to chief of the General Staff of the Armed Forces Gen. Mohammad Hossein Bagheri at a graduation ceremony for a group of armed forces cadets at the police academy in Tehran, Iran, Monday, Oct. 3, 2022. Khamenei responded publicly on Monday to the biggest protests in Iran in years, breaking weeks of silence to condemn what he called “rioting” and accuse the U.S. and Israel of planning the protests. (Office of the Iranian Supreme Leader via AP)