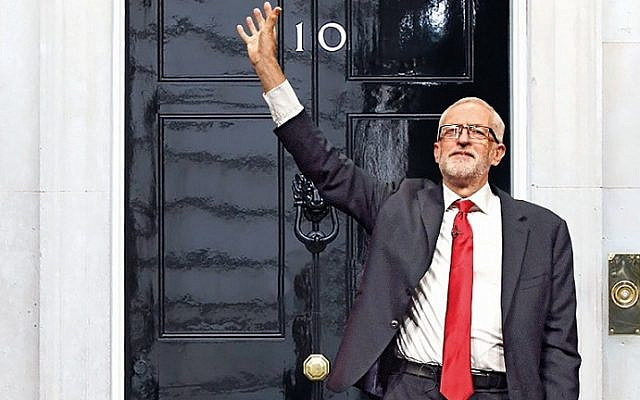 It’s the moment we’ve hoped for and dreaded in equal measure: the end of Corbyn’s Labour or dawn of Corbyn’s Britain.

An early election amid Brexit chaos has long been considered the worst possible scenario by the vast majority in our community, whose nightmare is the photoshopped image on this week’s front page – a smiling Jeremy Corbyn waving outside Number 10 after an election victory.

Instability, according to many observers, offered the Labour leader the best chance of carving a path to Downing Street, while a resolution of Britain’s Brexit balagan and passage of time left his chances significantly dented.

Suggest to most of British Jews in recent months that we are heading for a pre-Brexit election and the reaction would be horror – the result of years of simmering anger over the party’s handling of antisemitism, the lack of zero-tolerance, the hounding out of leading lights, the wilful failure to even consult on the definition of Jew-hate, as well as the leader’s historic choices and behaviour.

But here we go: voters will head to the polls in five weeks’ time amid gridlock in Parliament and uncertainty and frustration on the streets.

If you believe the polls, however, Corbyn’s chances look slim. Labour is on average 10 points behind the Tories in recent national snapshots and frustration abounds over what’s perceived to be its confused position on the biggest issue facing the country.

On antisemitism there are increasing signs the scandal has impacted on wider society; a ComRes poll for Jewish News in April showed a staggering 55 percent of adults felt Corbyn’s handling of antisemitism rendered him unfit for the highest office. It’s to the credit of so many in our community – and our allies – that this issue has not been allowed to disappear from public view. But – and it’s a BIG but – we’ve been here before, assuming a sizable poll lead guarantees victory. Ask Theresa May. 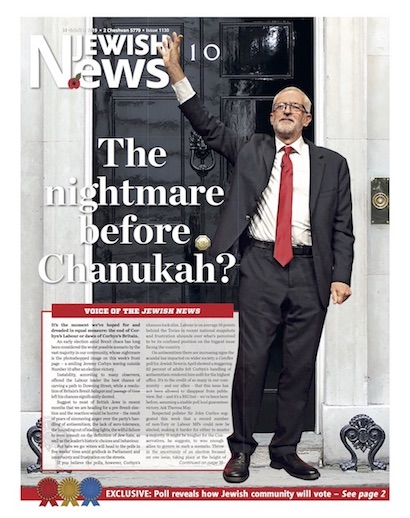 Respected pollster Sir John Curtice suggested this week that a record number of non-Tory or Labour MPs could now be elected, making it harder for either to muster a majority. It might be tougher for the Conservatives, he suggests, to woo enough allies to govern in such a scenario. Throw in the uncertainly of an election focused on one issue, taking place at the height of  winter and absolutely nothing can be taken for granted. It was precisely because she feared he could still become PM, afterall, that veteran MP Louise Ellman took the agonising decision last week to leave the party she’s called home for 55 years.

Not that the Tories can take Jewish support for granted. An exclusive poll published to day by Jewish News shows more than 60 percent are poised to back Boris Johnson’s party, but the eyebrow-raising figure is the record level of support for the unequivocally anti-Brexit Lib Dem – even beyond the surge they’re enjoying nationally.

The same poll shows the central importance of both Brexit and antisemitism to Jewish voters. No wonder Bagel Belt seats like Finchley and Golders Green will be in the spotlight like never before. 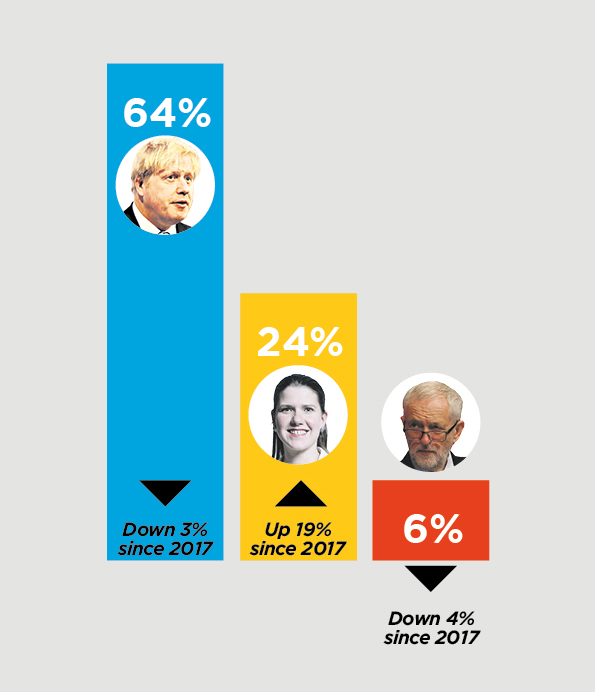 How British Jews intend to vote in the Election

Expect to see a constant flow of leading political figures from all three parties chomping on vote-winning bagels at Carmelli’s.

If the size of the surge is a surprise, the feelings of the Jewish community towards Labour certainly is not. But that 47 percent of British Jews would consider leaving the country if Corbyn becomes PM is something no one should ever underplay.

That a minority group should feel so afraid of a mainstream political party is scar that won’t easily heal. That this shocking revelation won’t be carried by every national newspaper is testament to how this scandal has been, to some extent, perversely normalised.

People will vote for Labour for any number of reasons. Indeed many in our community could and would have got behind the party’s last manifesto in normal circumstances. 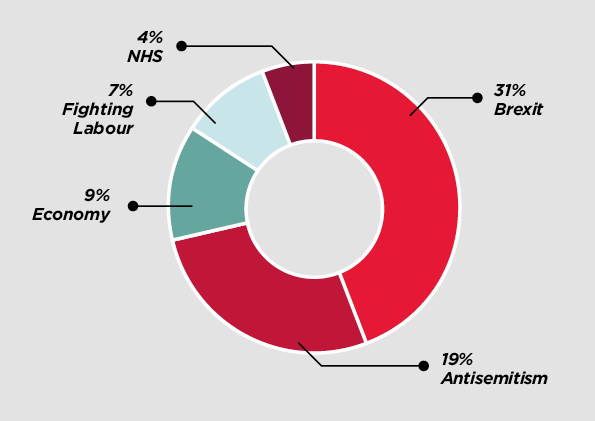 What are Jewish voters’ key concerns

Most voters who still choose to put their crosses by Labour candidates will do so without the slightest malice towards the Jewish community. But those who do should also be in no doubt about the message this decision will send:

To the Jewish community – that our fears about racism are bogus or can be cast aside.

To the world – that Britain has sacrificed its stature as a bastion of tolerance for a party under investigation for institutional racism.

It’s hardly a novelty for elections to be described as the most important for a generation.

This time it’s true and the stakes couldn’t be higher – not just for Jews.