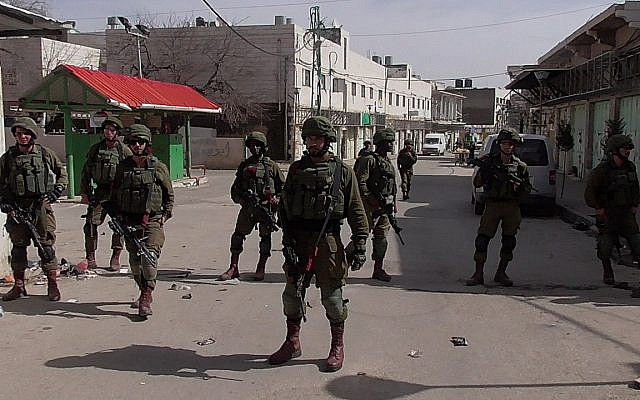 I have written in the past that I support the occupation by Israel of the West Bank and the blockade by Israel and Egypt of the Gaza strip. I am now convinced that both are no longer in the best interests neither of the Palestinians nor of Israel.

The argument that the occupation and the blockade are good for Israel is a bit more complicated, but it falls short as well. This argument is based on the same premise as above, which is that the Palestinians would choose groups like Hamas, and therefore Israel would be faced with endless attacks from Gaza and the West Bank, with external entities such as Iran supplying unlimited armaments to the attackers.

For years, I believed this argument because it seemed to make sense. The problem though is that the people who understand Israeli security far better than I do disagree.

Israeli philosopher Yeshayahu Leibowitz warned in 1968 as the occupation was only starting, “A country that controls a hostile population of a million foreigners will necessarily be a Shin Bet state, with everything that this requires, with implications on education, freedom of speech and thought and on democratic governance. The corruption characterizing every colonial regime will also infect the State of Israel. The administration will on one hand have to deal with suppressing Arab rebel movements and on the other cultivate quislings, Arab traitors.”

There is nothing remarkable about this quote. Many people would say that it comes from an uninformed ivory-tower academic. What’s remarkable, however, is that this quote is endorsed by the former head of Shin Bet (Israel’s internal security service), Ami Ayalon, as well as all former heads of Shin Bet, as Ayalon wrote in his book, “Friendly Fire: how Israel became its own worst enemy and the hope for its future”.

Ayalon, an ardent Zionist and the recipient of Israel’s highest decoration, the Medal of Valor, goes even further in his book by saying, “Our security and independence is inseparable from our decision to end our apartheid regime in the Occupied Territories and Gaza and to allow the Palestinians to exercise national self-determination in Gaza and what we call Judea and Samaria”.

This blatant assessment by people who understand Israel’s security needs and whose top priority is the survival of Israel, makes a lie out of the claim that Israel needs the occupation and the blockade for security reasons. This leaves much less defensible reasons, which are the need to impose the Israel settlements on the Palestinians in the West Bank and the need to discredit Hamas in Gaza.

After the Six Day War, Israel had a choice, hold on to the occupied territories so that they can be used in exchange for peace or settle them and ignore the consequences. Some Israelis pushed for one approach and others pushed for the other, but for various reasons (one of them being the will to create “facts on the ground” so that the land would remain part of Israel), governments of left and right built settlements in the Sinai, Gaza, the West Bank (including East Jerusalem), and the Golan Heights. Some of the settlements have now been removed (Sinai and Gaza), but the West Bank settlements had as much as 620,000 Israeli citizens already three years ago according to B’Tselem, an Israeli human rights organization.

The number of settlers in the West Bank makes ending the occupation highly problematic for any Israeli government, but it is a problem that Israel has created, and it is for Israel to resolve it. Some Israeli and Palestinian public figures have recently suggested a “two-state confederation” that addresses this issue, but the Israeli government has so far shown no interest, and it seems unlikely that it will.

The blockade of Gaza is just as indefensible, if not more. Once the security reason is removed, what is left? Trying to discredit Hamas? That clearly has not worked. In fact, Hamas popularity decreases during periods of calm, and it increases again when there is fighting between Hamas and Israel. Ayalon wrote in his book, “If we continue to dish out humiliation and despair, the popularity of Hamas will grow. And if we manage to push Hamas from power, we’ll get Al-Qaeda, ISIS, and after ISIS, God only knows.”

Israel’s governments invest significant effort and money into defending Israel against accusations such as the accusation of apartheid, in an effort to slow the growth of support for the Palestinians. But no matter the effort and money, support for the Palestinians’ demand that the occupation and the blockade end will only increase. Israel can choose to continue fighting this pointless battle, or it can choose to address the real problems, which are the occupation and the blockade.

There are different ways that Israel can approach this. Various plans have been recommended by Israeli security experts, but whatever approach Israel chooses, it should start by recognizing the Palestinian right to self-determination, and it should not wait. This right is not negotiable, and it is as much in Israel’s interest to recognize it as it is in the interest of the Palestinians. Ayalon wrote in his book, “We’ll never make peace until we change the narrative about the past and admit to ourselves that the Palestinians have a right to their country alongside Israel, and on land we claim as ours”.

After 55 years of occupation and 15 years of blockade, ending both must be Israel’s top priority, and Israel’s friends and allies should ensure that it is.