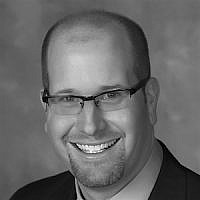 The Blogs
Jason Miller
Entrepreneurial Rabbi
Apply for a Blog
Advertisement
Please note that the posts on The Blogs are contributed by third parties. The opinions, facts and any media content in them are presented solely by the authors, and neither The Times of Israel nor its partners assume any responsibility for them. Please contact us in case of abuse. In case of abuse,
Report this post. 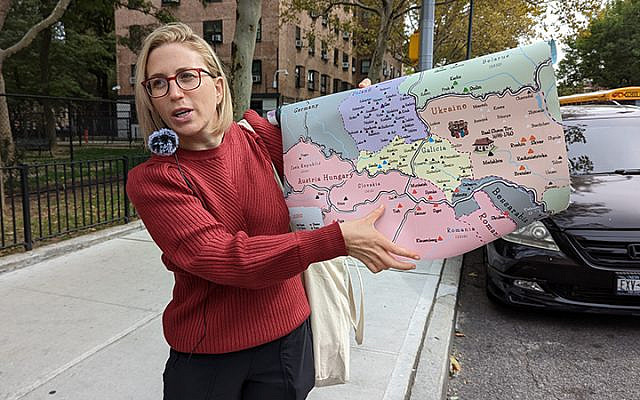 Tour guide Frieda Vizel leads a group on a walking tour through the Hasidic neighborhoods of Williamsburg, where she was raised. (Rabbi Jason Miller)

Jews and non-Jews alike were drawn to “Unorthodox” and “Shtisel,” the two popular Netflix miniseries dramas about Hasidic life. These voyeuristic deep dives into the ultra-Orthodox lifestyle of the adherents of Hasidism were the first exposure many had to these insular communities. “Unorthodox” is based on the book by Deborah Feldman, who cut ties with her ultra-Orthodox Williamsburg, Brooklyn community in 2006. Her insider’s perspective was candid and insightful, revealing much of the secretive culture of the Satmar neighborhoods.

I too was mesmerized by both “Shtisel” and “Unorthodox,” binge-watching them during the early months of the COVID pandemic. So when I was asked to take a guided walking tour of Williamsburg with tour guide Frieda Vizel, whose “off the derech” (the label for those who leave their ultra-Orthodox lifestyle behind) biography sounded a lot like Deborah Feldman’s, I was intrigued.

I had planned to be in Brooklyn to officiate a bat mitzvah, so I scheduled the tour for a Friday morning, which is a wonderful time to walk around Williamsburg as men, women, and children are hurriedly shopping to prepare for the Sabbath. My mother and my teenage daughter joined me as well. They had already planned to spend the weekend in New York, and I thought it would be meaningful for these two Jewish women in my life to see how Hasidic women live.

There were about a dozen of us on Frieda’s tour that morning and my family members were the only Jewish people other than the tour guide. Frieda’s tour was insightful and fun. It was interesting to see the way the residents reacted to her as we walked the streets of her childhood. She explained that many locals had warmed up to her over the years and to her approach of bringing outsiders into the tight-knit community to explain their experience.

Frieda, who went “off the derech” in 2010 at age 25, was introduced to YouTube and realized the video medium was the best way to connect with those interested in the reality of the Williamsburg community. Recently, as her YouTube following has grown and some of her videos have gone viral, Frieda has been surprised to find that Satmar Hasidim are tuning into her YouTube channel as well. She has become something of a YouTube star – even among her former friends and neighbors whose rabbis restrict their usage of the internet and consider social media to be taboo.

I had the opportunity to talk with Frieda at the conclusion of our tour. Over kosher deli food in Williamsburg, we discussed her evolution from a Hasidic teen to a popular blogger and YouTube influencer.

When did you decide to start giving tours of Williamsburg to “outsiders”?

In 2013, when I was a graduate student and my professor told me that a summer program was looking for a tour guide for Hasidic Williamsburg.

When did you discover that YouTube could be a good medium for you?

People have been urging me for years to do videos. I’ve been writing a blog for more than 10 years, collecting all sorts of little interesting bits on Hasidic life, and it’s been demoralizing to see that my work garnered little interest. I was reluctant to make videos because I try to keep a low profile in the Hasidic community. I was worried that drawing attention to myself would bring out the zealots who would set out to make my life very miserable. I was also worried that if people knew me, I wouldn’t feel comfortable walking the streets. Also, Hasidim are very camera shy and that’s ingrained in me too.

Despite my reluctance, I did believe that it’s important to reach a wider audience with the story of the Hasidic community. The New York Satmar community seems to be one of the most understudied subcultures and most of the pop culture representations are dark and misleading, creating this narrative of an “other.” So I think it’s important to get beyond that. It’s incredible that such a unique, misunderstood world shouldn’t get more sensitive, nuanced coverage. So, in the past year, I relented and began been publishing various videos on a YouTube channel.

What has been the reception to your YouTube channel among Satmar residents of Williamsburg?

It’s been very surprisingly positive. A lot of people stop me while I’m on my tours and thank me for my videos. To my surprise, many people have seemingly appreciated this kind of coverage. They have been incredibly supportive.

Tell me about your experience getting local Williamsburg residents to appear in videos.

It’s very hard to get people to agree to be on my channel. Many people will stop me on the street and talk to me, but when they realize that my cameraman is with me and he’s rolling, they’ll beg me not to publish the footage. It’s an interesting contrast with the non-Hasidic kids from the neighborhood who, when they see a camera, will often come up to us and ask us if they can appear in our show. Hasidim are incredibly camera shy, in part, I think because it’s a very closed and small world and anyone who stands out can end up feeling ostracized.

Pearl, who showed us her home in an episode of my YouTube series, “Inside a Hasidic Home,” was different. She is a fierce lady who manages to at once have so much respect in the community while also agreeing wholeheartedly to be on film. I think a part of why Pearl was comfortable being on film was because she is older, and she has no kids in the school system or shidduch (marriage) system. Pearl was eager to help me from my very first phone call to her. My video with her ended up getting a 100,000 views in a month, which absolutely shocked us.

I’ve also managed to get some other people to agree, and the process often involves showing people the edited version before it goes live on YouTube to make sure they are comfortable with it. I will never publish something that is disrespectful, and I think people trust me.

What have you learned since taking your “inside baseball” perspective to YouTube?

I’ve learned that my most eager audience are Hasidim themselves! While I think of my target audience as outsiders, Hasidim have a great interest in their own world, in seeing the representation and sharing insights in the comments. We all want to understand the society that we are in, and for Hasidim, there’s a great dearth of anthropology. I am guessing in the future there will be a growing self-awareness as more people start to study the culture from a bird’s-eye view.

What do you hope to accomplish with your YouTube channel?

I hope to help build a non-judgmental curiosity into Hasidic culture. I’m hoping to inspire others to share different parts of this world and to inspire others to go beyond black and white. I hope that the world’s understanding of this community will be much more nuanced, and I think I can contribute to that end through my own work.

What are some types of videos you plan to make for your YouTube channel in the future?

I hope to do more “In the Streets” videos. I am also going to film a video on the Yiddish language. I would love to capture the vibrancy of the culture in videos, so special occasions are my go-to. I dream of getting a Hasidic woman to show me her wardrobe. I also like to do food videos and I look forward to sharing the Hasidic Shabbes meal and other special Hasidic foods.

What do you hope to accomplish as more Hasidim watch your YouTube videos?

I think at this time, so many locals watch my YouTube channel that I have lost all my coveted anonymity. I miss it! On the other hand, I get a lot of fascinating information through their engagement with my work, and I’m honored that people take me seriously. But ultimately, I think my videos are giving locals a bit of a vocabulary with which to talk about their own world to outsiders, which I think is important.