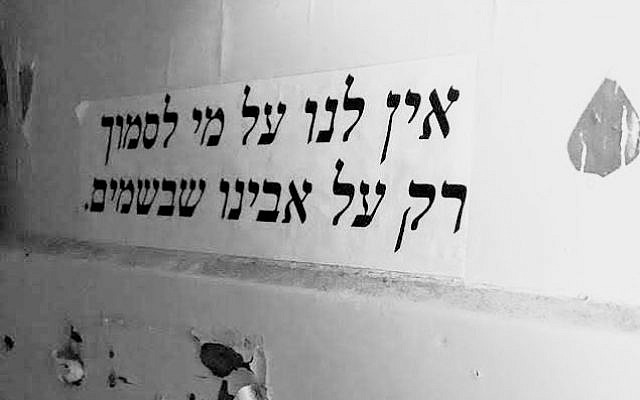 I’m reading the famous book, The Fixer by Bernard Malamud. It’s about the horrible pogroms in Russia and the blood libels where the Jews would be ridiculously accused of sorcery and witchcraft, and the killing of Christian children for their blood to put in Passover matzah!

In the book, an impoverished Jew called The Fixer, because he fixes things for a few kopecks, is framed in such a killing and suffers terribly at the hands of the anti-Semitic, superstitious authorities and the lying witnesses who are covering up for their own despicable crimes.

Whatever the Fixer says to extricate himself from these dire accusations, the reaction of the already prejudiced and fixed thinking of the anti-Semites was that they just didn’t care what he said. They had decided that he did it, even before an investigation and then despite the investigation whose facts showed there was truly no case.

But the haters wanted to continue hating. They wanted their scapegoat. And they wanted to see him dead, and some hefty pogroms to kill all the Jews as icing on their bigoted cake. In my own life, twice I’ve heard someone say with extreme cold-hearted indifference, “I don’t care!” Both times was when they were exerting sadistic power over someone else’s life. And they were doing it irrespective of the negative impact and hurt to the other person. I heard the other person plead for themselves with facts and with emotions, just like The Fixer did when he was beaten, imprisoned, persecuted, and prosecuted. Yet whatever they said, the other person who was in power would ignore it, deflect it, or say it wasn’t pertinent.

In the end, they just said that they didn’t care and they meant it, plain and simple. They had the power, and that was it. Right or wrong. It didn’t matter. Might makes right. Whether punishing some for a murder they didn’t commit or destroying entire Jewish communities based on fallacious blood libels anchored in superstition and anti-Semitism, these can’t be excused just because the haters have the political or hierarchical power to do it.

In short, hate and hurt can’t be excused because you can. Wielding power gives you authority, but also the extra responsibility. There is such a thing as acting justly. And then there isn’t. Usually, when someone is acting justly, they can explain themselves in a balanced, calm, and rationale way. It makes sense! When they are doing wrong, it’s usually extreme, abrupt, and ultimately inexplicable and therefore can’t be articulated. Hence, that’s the way it is, Fixer. Who is The Fixer? Again, I don’t care!