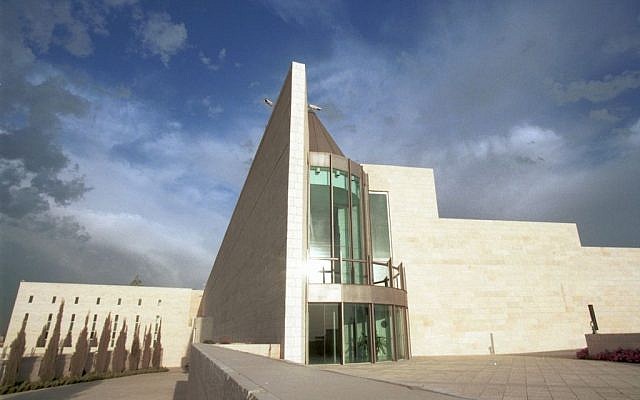 A view of the Israeli Supreme Court in Jerusalem. (Flash90)

The good news is that despite the unprecedented offensive which aims at dealing a significant blow to the Supreme Court, the majority of the Israelis still have trust in this institution. In fact, the levels of trust in the court are much greater than those of the  Knesset, and the government.

In contrast to what Netanyahu, Bennett, and Shaked believe, the public is very well aware of the true motives of politicians pushing for the override clause that would enable the Knesset to enact unconstitutional legislation which cannot be struck down by the High Court. In fact, 65 percent of Israelis are opposed to this move and believe that depriving the Supreme Court of the power to invalidate laws will put too much power in the hands of the politicians. And 58% believe that such a move would increase corruption in the political arena.

From the start, the campaign to enact the override clause has gone hand in hand with “fake news.” For example, contrary to the claims made by the proponents of the clause, the Israeli Supreme Court is not all that activist: since 1992, it has struck down only 18 laws — or more precisely, sections of laws — most of them on procedural grounds.

Those who wish to curtail the Supreme Court’s authority base their argument on two examples, both of which are anomalies on the international scene: Canada and the United Kingdom. The Canadian example would perhaps be relevant if Knesset members were willing to combine the passage of the override clause with adoption of the Canadian Charter of Rights and Freedoms. Sadly, this is not the case.

As for the British case, in which the courts can only declare that a law is incompatible with the Human Rights Act and ask the parliament to reconsider it: perhaps if Israel had a deep-seated political culture and strong constitutional tradition of the legislature amending laws in keeping with the courts’ ruling, even though it has no constitutional obligation to do so, this example would stand up to scrutiny. This is incompatible with the Israeli case.

Moreover, Israel does not have the checks and balances found in other countries. We do not have a constitution, or a bicameral legislature in which one chamber could curb the other, or a federal system that could serve as a counterweight to the concentration of power by the central government, and we are not subject to an international umbrella organization which could set the boundaries of acceptable legislation.

Montesquieu, father of the concept of separation of powers, warned against the danger of a legislature that can enact whatever laws it sees fit. Here in Israel, the danger is even greater: the override clause would endow the Knesset with unlimited power; and since, in practice, it is the government that pulls the strings of the legislative process by means of its majority coalition, if the Court’s hands are tied, there will be no one to place limits on the power of the political majority. From there, the road to a tyranny of the majority would be way too short.

The Supreme Court does not protect itself. It protects all those who have rights — that is, every person in Israel, whether ultra-Orthodox, Reform, Conservative, an Arab or a Palestinian living in the territories; a settler, a woman, a refugee, a member of the LGBT community: in fact, each and every one of us who might fall victim to some discriminatory and injurious law.

We are now marking the 70th anniversary of the establishment of the miracle that is the State of Israel — against all odds, a national home for the Jewish people, and a democracy. The override clause, along with the proposed Nation-State Bill as it is currently worded (avoiding the insertion of equality as a fundamental value) are attempts to undermine the achievement of a flourishing democratic Jewish state in the Middle East.

Most of the public is opposed to the goals of these initiatives. The time has come for us to defend democracy, so that democracy will continue to defend us.

Yohanan Plesner is the president of the Israeli Democracy Institute.