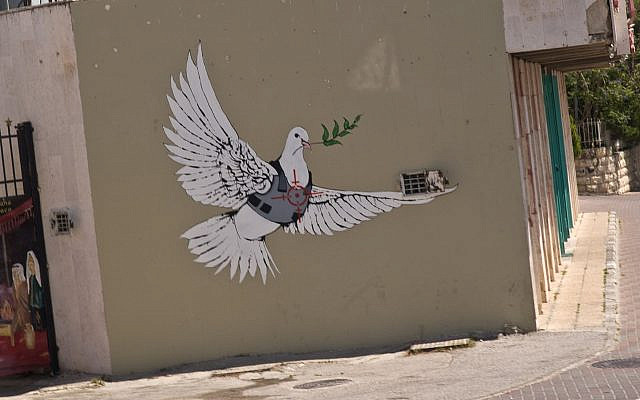 Amid all the violence and blame that have occurred and that continue to occur between Israel and the Palestinians, let’s not lose track of one simple and undeniable fact: if the Palestinians wanted to end the occupation and the settlements, and if they wanted to negotiate a two-state solution that allowed them to have a state, they could.

If they did these things, the Palestinians would be in an excellent position to negotiate a peace agreement that includes the recognition of a Palestinian state in Gaza and the West Bank with slightly modified borders. They would also be in an excellent position to demand the shutting down of the Israeli settlements that would not become part of Israel as part of the border changes.

If credible Palestinian leadership emerged and presented such a program, they would get what they ask for. The minority of Israelis who want no Palestinian state under any circumstances could not stop this development because most Israelis want peace more than they want land. Shutting down settlements and moving over 100,000 settlers would be painful but not impossible. It is even possible that some settlers who are willing to live as Palestinian citizens could remain.

This is not new information because this movie has played in theatres several times already. Israel has several times agreed to two-state solutions along the lines that I described, and each time, the Palestinians said no.

Anti-Israel activists lament the fact that Israel appears to have lost interest in a two-state solution. Well, gee, I wonder why that is. Most Israelis were quite willing to go along with the creation of a Palestinian state, but their interest in that outcome has been shattered by repeated Palestinian rejections and by continued Palestinian violence. Almost all Israelis that I have ever spoken with have told me that this is exactly the change of heart that they experienced.

There is of course a legitimate question as to whether it’s too late, whether it is no longer possible to get Israel to agree to such an outcome. Israel has shamelessly used the current situation to build settlements in the West Bank which isn’t part of Israel or even annexed by Israel, often for the express purpose of making a two-state solution more difficult. Consequently, there are many people on both sides of this conflict who do not believe that a two-state solution is possible anymore.

But this only makes the Palestinians’ lack of action even harder to understand if one is to accept the claim that they wish to have a state in the West Bank and Gaza. They know that Israel is exploiting the situation, and they know that the more settlements are built in the West Bank, the harder a two-state solution becomes, so why aren’t the Palestinians making any effort to change the situation?

Israel too could take steps towards ending the occupation, as I have written previously, but since Israel benefits from the status quo, it isn’t surprising that Israel would rather sit back and let the Palestinians stumble further. Also, the steps that Israel could take are complex, politically risky, not guaranteed to work, and their success depends ultimately on Palestinian goodwill.

The inescapable conclusion is that the Palestinians’ desire to destroy Israel and to deny the Jews self-determination is stronger than their wish to have a state. They want a state, yes, but only if it’s from the river to the sea.

So, let’s be blunt and truthful about the conflict: the Palestinians can end the occupation if they want, not through boycotts, not through terrorism, not by being the proxy of the Iranian regime, and not by demonizing the Jews, but by demonstrating a willingness to live in peace next to the Jewish state. They simply choose not to.