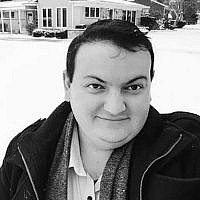 The Blogs
Anthony Avice Du Buisson
Writer
Apply for a Blog
Advertisement
Please note that the posts on The Blogs are contributed by third parties. The opinions, facts and any media content in them are presented solely by the authors, and neither The Times of Israel nor its partners assume any responsibility for them. Please contact us in case of abuse. In case of abuse,
Report this post. 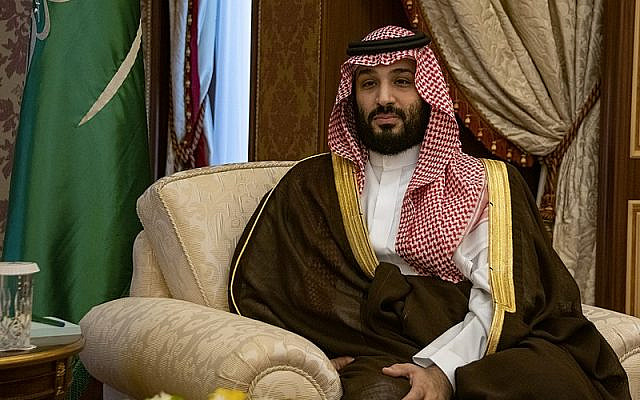 The Kingdom of Saudi Arabia is set to normalise relations with the State of Israel.

Nearly eighty years of hostilities could soon see historic tensions eased thanks to a historic deal mediated by the United States under President Joe Biden. The agreement is set to be brokered at a time of shifting dynamics in the region, where peace and security are complicated by rising security concerns over Iran’s military activity coupled with the country’s pursuit of nuclear weaponry.

Normalisation with the Kingdom of Saudi Arabia provides Israel with an important leading power in the Arab and Islamic world. Saudi Arabia is custodian of the two holiest sites in Islam, the mosques in Mecca and Medina, as well as a major world oil producer holding significant influence over the GCC, OPEC and the Arab League.

For decades Saudi Arabia along with most of the Arab world have been opposed to Israel’s existence. This opposition stems from the Jewish character of the state and its treatment of the Palestinians.

Saudi Arabia was a primary sponsor of the anti-Israel movement since King ibn Saud’s declaration of jihad in 1948, sending weapons, money and promoting anti-Israel sentiment abroad. The primary benefactors of this support for many years were the Palestinian militants and Arab countries who engaged in various wars of aggression against the young state. This deeply entrenched an ideology of hostility towards Israel that continued right up until the 21st century.

Peace between Israel and the Kingdom of Saudi Arabia has always been contingent on the Palestinian issue, notably that peace could only come through the acceptance of a Palestinian state. This point demand long barred any efforts by Israel towards peace initiatives with the Kingdom. Each initiative has so far ended in failure by Israeli negotiators.

However, the Saudi government’s firm stance on Palestine is changing in the wake of shifting political realities. Disillusionment by the Crown Prince Mohammed Bin Salman towards the Palestinian Authority (PA) and growing concern over an emboldened Iran is opening the door for backdoor negotiations with Israel. The premiership of Benjamin Netanyahu paved the way for a new Arab-Israeli normalisation process under the auspices of the Abraham Accords. 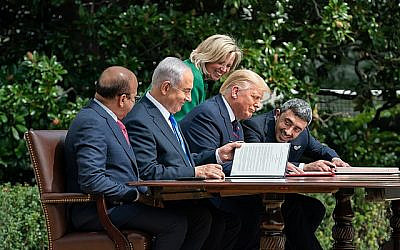 One of the major accomplishments of the accords has been to de-couple Arab Israeli normalisation from the Palestinian issue. No longer is it the case that peace between Arabs and Jews depends on the Palestinian peace initiative. Arab states that historically would oppose any initiative at peace with Israel are now putting aside their differences for economic opportunity, military cooperation, and a reset of relations.

The looming threat of Iran

The threat posed by Iran is a primary motivator for Arab normalisation with Israel. Iran’s maligned activity through its sponsoring of paramilitaries abroad is undermining efforts to create peace and security in the region. Iran sponsors militants in Syria, Iraq, Lebanon, Yemen, and Gaza. These militants are responsible for violence in their respective countries and have attacked both Israel and Saudi Arabia.

Saudi Arabia’s security concerns stem from the Houthi movement in Yemen. Houthi militants continue to lob rockets into Saudi Arabia, specifically at civilian centres and oil depots. A recent attack in Jeddah in March exposes security vulnerabilities of the Kingdom and puts at risk its citizens–including the Kingdom’s 2030 vision.

Israel also deals with rocket attacks on civilians by Iranian-backed militant groups such as Hamas and the Palestinian Islamic Jihad (PIJ). This includes a series of such attacks in May 2021 that killed over a dozen Israelis and prompted a large IDF operation codenamed Guardian of the Walls. Recent rocket attacks in April only demonstrate the ongoing nature of the threat they pose to Israel. 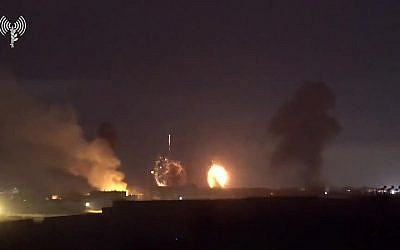 Operation Guardian of the Walls. An extract from a video of airstrikes. (Photo taken by IDF Spokesperson’s Unit / CC BY-SA 3.0/Public Domain)

These insurgents receive the bulk of their material and economic support from Iran, with their weaponry is supplied by the Islamic Revolutionary Guard Corps (IRGC). Israeli efforts to curtail this supply chain require Saudi cooperation, ultimately as part of a coalition against Iran with the prospects of long-term Arab normalisation.

A Kingdom of tears

While the normalisation process is ongoing, it should be clear to readers that this does not take away from the harsh reality of the autocracy that is Saudi Arabia. Security always will be within a nation state’s interest, but it is also important not to overlook the oppression of this state’s citizens.

Saudi Arabia still imprisons dissidents for critiques of the government. Only after a decade of imprisonment has Raif Badawi, a blogger who was arrested and imprisoned for dissent against the government, been released. The Kingdom continues with very strict laws against women’s bodily autonomy, which includes the male guardianship system. This is a system that denies women freedom within the Kingdom.

Women activists are arrested and tortured by the Kingdom’s security apparatus. Activists such as Loujain Alhathloul, Eman al-Nafjan and Aziza al-Yousef to name a few prominent figures all have experienced harsh treatment by the government. This is despite the various reforms the Crown Prince has approved in support of women’s rights, such as the granting of women’s rights to drive a couple years ago. 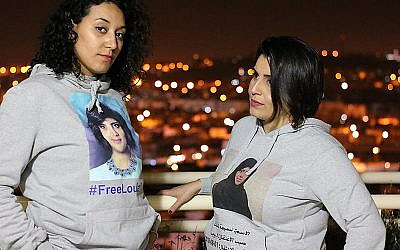 I note there is a starry-eyed view of the Kingdom that some Israelis and non-Saudis have towards it. The Crown Prince Mohammed Salman is portrayed by nationalists within the kingdom and from those interested in clearing the kingdom’s image as a reformer. One that is interested in moving the country forward. And while it is true that some reforms have been adopted—especially with regards to rights for women—the Crown Prince is fundamentally an autocrat. He is interested only in furthering his own power and prestige rather than those of traditionally oppressed individuals.

The initiation of the war in Yemen and assassination of Jamal Khashoggi were all ordered by the hand of the prince. These provide clear examples of his Machiavellian nature and the self-interested motivation behind his ascent to power in the Kingdom. While these concerns likely way little on Israeli policy makers minds, as the security of Israel will always come over the internal affairs of other states, the nature of these acts must be taken into consideration with any long-term relationship with the monarch.

The ways that normalisation help support the Palestinian cause are twofold. The first is that it helps to erode the strength of destabilising groups like Hamas and PIJ by cutting the support each group receives from Iran and other countries like Qatar. These groups have hijacked the Palestinian cause and polluted the well, reorientating it towards Fatah and diplomacy helps to clear that well.

The second is that in normalising relations with Israel, the aim would be to bring the Arab world against the extremist Palestinian groups and provide a new viable path towards peace talks with the PA. The results of this initiative would be to end the status quo ad bellum and in the long-term end the conflict.

Normalisation provides a series of opportunities unheard of decades ago. A lasting peace between the Jewish state of Israel and Arab states such as Saudi Arabia only provides for long-term stability in a region wrought with instability. Let us hope this is not a failed venture.

About the Author
Anthony Avice Du Buisson is a South African-Australian writer who writes on politics, foreign policy and the Middle East with a focus on minority rights and conflict. He has written for John Hopkins University’s SAIS Europe Journal of Global Affairs as well as contributed to online syndications such as The Region, The Jerusalem Post and Areo Magazine. He is also undertaking a dual degree with a Bachelor of Arts and Bachelor of Laws with a major in Politics and International Relations at James Cook University.
Related Topics
Related Posts