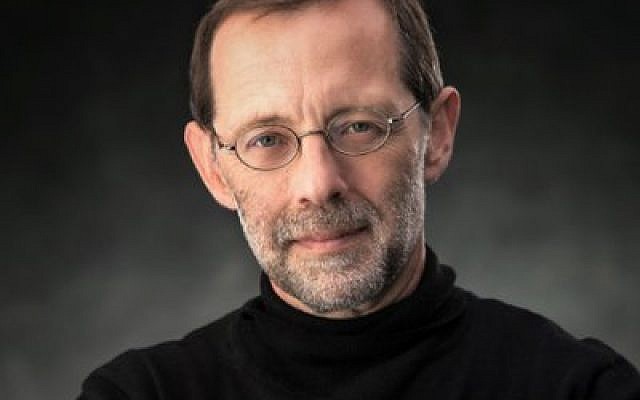 Zehut party led by Moshe Feiglin aims to be the dark horse of the upcoming elections and the future king maker of the next goverment. With a three-hundred-and-forty-four pages portfolio that became a bestseller and appears to cover everything – from the right to carry firearms, through radical changes in the tax system, and up to the pinnacle – legalization of weed – Feiglin seems to offer something to everyone. Current polls predict that his party would pass the threshold and enter the Knesset with at least four members. His list of future parliamentarians is also a mixed bag consisting of a Rabbi from Uruguay, a standup comedian, a terminally ill cancer patient (treated by Cannabis) and folks from all sorts of life sans Arabs.

In the 1990s, Feiglin was an angry young man who led the highly-religious and extremely right wing activist group called Zu Artzeinu that protested not always completely legally against the Oslo accord. Due to that activity, Feiglin was sentenced to six months in prison (which he spent in community service) and still has a problem to enter some Western countries such as the UK. Then he joined the Likud party hoping to conquer the government from within. This tactic had quite limited success (he only managed to sit in the Knesset for one term). After completing a partial makeover (golf shirts and fashionable jackets instead of the typical modern-Orthodox dress code) he heads the Zehut party that tries to connote a conservative message in a cool way. The party’s portfolio shouts personal freedom, end to religious coerction and Cannabis legalization, but one does not need to read too much to get to the chapters that celebrate family values and Jewish tradition. When it comes to the Israeli-Palestinian conflict, Feiglin’s party calls Israel to withdraw one-sidedly from the Oslo accord and re-conquer all of the West Bank and the Gaza Strip in order to “save” their Arab residents from the Palestinian occupation, to move the government offices to the old city of Jerusalem and open a new synagogue on Mount Temple which will be the cornerstone of the future temple.

The new Feiglin has been described as libertarian. He himself claims that he is not liberal but Jewish. The truth is that he is simply a populist. In order to attract young voters he offers to change the military service from mandatory to voluntary and to pay the volunteers a proper remuneration. The cost of this step alone would mount to 12 billion shekels annually for an army of 100,000 soldiers (half of the current personnel) receiving a modest salary of 10,000 shekels a month. However, obviously, re-conquering the West Bank and Gaza would force the country to have a far larger military that would oppress the not exactly thrilled Palestinians. As a partial solution of that problem, Feiglin suggests offering generous compensation to Palestinians who would be willing to emigrate from the re-occupied territories. Where would they go and how much this would that cost only Feiglin knows, but we know that – if Feiglin becomes minister of finance as he hopes to be – the national income from taxes would actually decrease since the progressive income tax would be replaced by a flat rate of 15% like in Hong Kong. Yet, Hong Kong’s GDP per capita is over 50% larger than that of Israel (in purchasing power parity) and the Hong Kongese don’t need to finance an army engaged constantly in maintaining an occupation.

Feiglin says that Israel is “one of the richest countries in the world” but we are unable to prosper properly because of socialism and bureaucracy. While he does make a point that a surplus of state clerks tends to correlate negatively with national wealth and citizens comfort, his lengthy portfolio does not offer too many additional sources of income while naming several new expenses. At the bottom line, we will spend more money on occupation compared to what we will earn from Cannabis. And we did not even start to talk about the reaction of the Palestinians, our Arab neighbors and European allies to the country’s sudden change from a peace seeking nation (at least on surface) into a nation that wants to fight.

There is nothing inherently wrong with libertarianism. In fact, Israel’s politics suffers from an overflow or right wing and left wing socialists, however, what Feiglin is offering is not libertarianism but science fiction that may seem nice on paper but would look like hell in the real world.