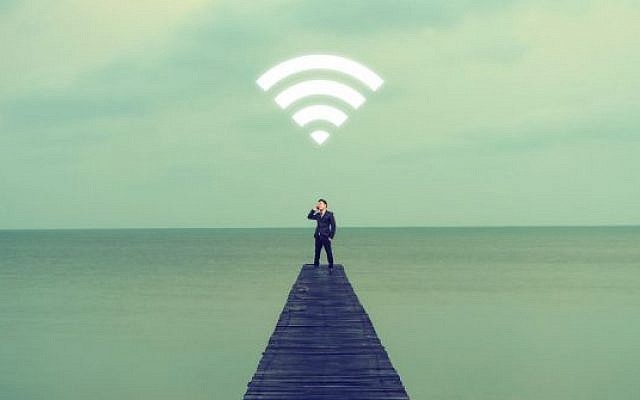 The American Declaration of Independence speaks of the inalienable rights of life, liberty and the pursuit of happiness. Recently, following the pioneering work of Martin Seligman, founder of Positive Psychology, there have been hundreds of books published on happiness. Yet there is something more fundamental still to the sense of a life well-lived, namely, meaning. The two seem similar. It is easy to suppose that people who find meaning are happy, and people who are happy have found meaning. But the two are not the same, nor do they always overlap.

Happiness is associated with taking, meaning with giving. Individuals who suffer stress, worry or anxiety are not happy, but they may be living lives rich with meaning. Past misfortunes reduce present happiness, but people often connect such moments with the discovery of meaning. Furthermore, happiness is not unique to humans. Animals also experience contentment when their wants and needs are satisfied. But meaning is a distinctively human phenomenon. It has to do not with nature but with culture. It is not about what happens to us, but about how we interpret what happens to us. There can be happiness without meaning, and there can be meaning in the absence of happiness, even in the midst of darkness and pain.[1]

In a fascinating article in The Atlantic, “There’s more to life than being happy,”[2] Emily Smith argued that the pursuit of happiness can result in a relatively shallow, self-absorbed, even selfish life. What makes the pursuit of meaning different is that it is about the search for something larger than the self.

No one did more to put the question of meaning into modern discourse than the late Viktor Frankl. In the three years he spent in Auschwitz, Frankl survived and helped others to survive by inspiring them to discover a purpose in life even in the midst of hell on earth. It was there that he formulated the ideas he later turned into a new type of psychotherapy based on what he called “man’s search for meaning.” His book of that title, written in the course of nine days in 1946, has sold more than 10 million copies throughout the world, and ranks as one of the most influential works of the 20th century.

Frankl knew that in the camps, those who lost the will to live died. He tells of how he helped two individuals to find a reason to survive. One, a woman, had a child waiting for her in another country. Another had written the first volumes of a series of travel books, and there were others yet to write. Both therefore had a reason to live.

Frankl used to say that the way to find meaning was not to ask what we want from life. Instead, we should ask what life wants from us. We are each, he said, unique: in our gifts, our abilities, our skills and talents, and in the circumstances of our life. For each of us, then, there is a task only we can do. This does not mean that we are better than others. But if we believe we are here for a reason, then there is a tikkun, a mending, only we can perform, a fragment of light only we can redeem, an act of kindness or courage, generosity or hospitality, even a word of encouragement or a smile, only we can perform, because we are here, in this place, at this time, facing this person at this moment in their lives.

“Life is a task,” he used to say, and added, “The religious man differs from the apparently irreligious man only by experiencing his existence not simply as a task, but as a mission.” He or she is aware of being summoned, called, by a Source. “For thousands of years, that source has been called God.”[3]

That is the significance of the word that gives our parsha, and the third book of the Torah, its name: Vayikra, “And He called.” The precise meaning of this opening verse is difficult to understand. Literally translated it reads: “And He called to Moses, and God spoke to him from the Tent of Meeting, saying…” The first phrase seems to be redundant. If we are told that God spoke to Moses, why say in addition, “And He called”? Rashi explains as follows:

And He called to Moses: Every [time God communicated with Moses, whether signalled by the expression] “And He spoke”, or “and He said”, or “and He commanded,” it was always preceded by [God] calling [to Moses by name].[4] “Calling” is an expression of endearment. It is the expression employed by the ministering angels, as it says, “And one called to the other…” (Isaiah 6:3).

Vayikra, Rashi is telling us, means to be called to a task in love. This is the source of one of the key ideas of Western thought, namely the concept of a vocation or a calling, that is, the choice of a career or way of life not just because you want to do it, or because it offers certain benefits, but because you feel summoned to it. You feel this is your meaning and mission in life. This is what you were placed on earth to do.

One of the most touching is the story of the young Samuel, dedicated by his mother Hannah to serve in the sanctuary at Shiloh where he acted as an assistant to Eli the priest. In bed at night he heard a voice calling his name. He assumed it was Eli. He ran to see what he wanted but Eli told him he had not called. This happened a second time and then a third, and by then Eli realized that it was God calling the child. He told Samuel that the next time the voice called his name, he should reply, “Speak, Lord, for Your servant is listening.” It did not occur to the child that it might be God summoning him to a mission, but it was. Thus began his career as a prophet, judge and anointer of Israel’s first two kings, Saul and David (1 Samuel 3).

When we see a wrong to be righted, a sickness to be healed, a need to be met, and we feel it speaking to us, that is when we come as close as we can in a post-prophetic age to hearing Vayikra, God’s call. And why does the word appear here, at the beginning of the third and central book of the Torah? Because the book of Vayikra is about sacrifices, and a vocation is about sacrifices. We are willing to make sacrifices when we feel they are part of the task we are called on to do.

From the perspective of eternity we may sometimes be overwhelmed by a sense of our own insignificance. We are no more than a wave in the ocean, a grain of sand on the sea shore, a speck of dust on the surface of infinity. Yet we are here because God wanted us to be, because there is a task He wants us to perform. The search for meaning is the quest for this task.

Each of us is unique. Even genetically identical twins are different. There are things only we can do, we who are what we are, in this time, this place and these circumstances. For each of us, God has a task: work to perform, a kindness to show, a gift to give, love to share, loneliness to ease, pain to heal, or broken lives to help mend. Discerning that task, hearing Vayikra, God’s call, is one of the great spiritual challenges for each of us.

How do we know what it is? Some years ago, in To Heal a Fractured World, I offered this as a guide, and it still seems to me to make sense: Where what we want to do meets what needs to be done, that is where God wants us to be.

The Covenant & Conversation volume for Vayikra is available to order here. Bereishit, Shemot and Bamidbar are also in print.