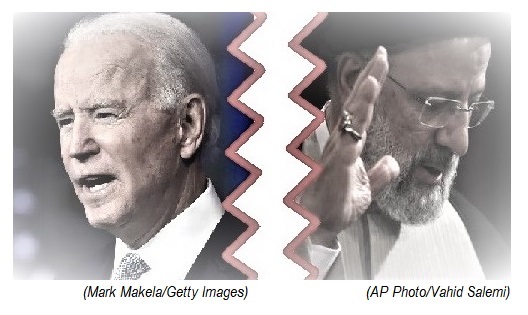 The message from Iran was clear a year before the presidential election. After Donald Trump reshaped American foreign policy into an avatar of his deal breaking and dishonesty, Iran had another justification for its 68-year-old distrust. And Iran’s 2020 legislative elections proved that, when reformers who supported the agreement and further dialogue with the United States were swept out

In this year’s presidential election, the Guardian Council rejected more than 600 candidates from the ballot, leaving only a handful of hardliners. There was no chance anyone like Rouhani would be on the ballot. The new president, Ebrahim Raisi, is a fierce conservative with a brutal background. Raisi is not inclined to trust the United States, especially after how it betrayed Iran in true Trump fashion.

But before Trump’s train wreck, and after Mahmood Ahmedinijad finished his second four-year term in 2013, the United States and Iran had leaders with experience, wisdom, and a desire to change the course of U.S. Iranian relations. For five years, Hassan Rouhani and Barack Obama led their respective countries towards something better.

But to understand what had to be overcome, one must understand an event so calamitous that after nearly 70 years, it remains the defining event in U.S. Iranian relations. Although most Americans today know nothing about it, it reshaped the entire Middle East, and still is:

In 1952, Iran had a democracy. Not a contrived democracy imposed by the outside. It was the real thing, exactly the sort of democracy the United States could promote before the Republican Party made it hypocritical.

It was a secular democracy, and as pro-American as any Middle East nation not called Israel. The nation’s leader was Mohammed Mossedegh. the incorruptible patriotic prime minister.

Iran was dirt poor while its oil fields produced vast wealth for Great Britain. In 1908, British geologists discovered a large amount of oil in the Khuzestan Province, what is southwest Iran. It was the first commercially significant find of oil in the Middle East.

Even before the end of WWI and the establishment of the British Mandate, Iran lost control of its own natural resource. Mossedegh took it back and restored control of Iran’s oil to Iran.

By the time Mossedegh nationalized Iran’s oil, the nation was receiving about five percent of all the oil revenue. Iran didn’t even have access to the books. 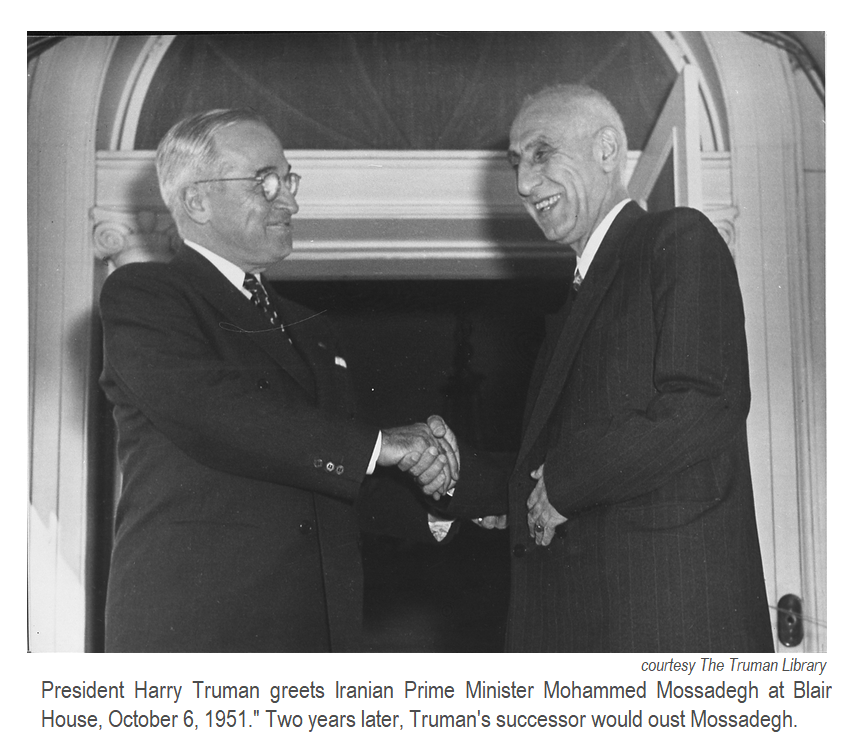 The British Government then asked President Truman to help oust Mossedegh. Truman wanted no part of it. It smacked of imperialism to him, and he rebuffed the request.

The following year, under Eisenhower, the CIA orchestrated a coup, overthrowing the Mossedegh government. With CIA backing Iranian general Fazlollah Zahedi ousted Mossedegh, installed the Shah and with him, a quarter century of tyranny.

It ended Iranian democracy, secular or otherwise. In fact, it ended any possibility of a more democratic and secular Middle East. The Iranian people would never trust the United States again.

In June of 2009, President Obama traveled to Egypt and gave a speech few Could have anticipated. Before the entire world, he acknowledged the reason for this distrust: “For many years, Iran has defined itself in part by its opposition to my country, and there is in fact a tumultuous history between us.  In the middle of the Cold War, the United States played a role in the overthrow of a democratically elected Iranian government.”

They squeezed Iran’s economy, to be sure. But they didn’t slow down anything Iran was doing with fissile material. The IAEA reported that Iran had dug in and was accelerating its enrichment.

Then in mid-June of 2013 Hassan Rouhani was elected, along with several fellow moderates to the Majles-e Showrā-ye Eslāmī, the Iranian Parliament. Mahmoud Ahmadinejad, his confrontational predecessor, no longer set the tone.

In late September, President Obama spoke by phone with President Rouhani. It was the first direct contact between the leaders of Iran and the United States since 1979. Obama said the two leaders discussed Iran’s nuclear program and said he was persuaded there was a basis for an agreement.

From the moment of his first overture things got better. It was a brilliant move, a follow up to his 2009 Cairo speech, in which an American acknowledged an event so catastrophic that since 1953 it still defines the United States in Iran’s national self-identity.

In late August IAEA inspectors reported Iran slowed stockpiling enriched uranium, the kind can be quickly turned into fuel for an atomic bomb.

Inspectors in Iran were not contending with the cat-and-mouse nonsense of Saddam Hussein. On the contrary, Iran gave inspectors access to everything, because it was to Iran’s benefit that the west had evidence the sanctions weren’t producing the desired results. The IAEA has its own website. And reports were posted as frequently as once a week.

Rouhani, a moderate cleric and former nuclear negotiator, wanted to set a different, less confrontational tone. And the impact of Obama’s 2009 Cairo speech on the street in Iran was substantial.

One month later Iran agreed with the UN on a road map for inspections. No game-playing with inspections like Saddam Hussein did.

And at the end of that year, IAEA inspectors reported that for the first time in years, they had PROOF the Iranians slowed their enrichment.

In 2013 some sanctions were eased.

Obama pushed a little more. He earned Rouhani’s ear, if not his full trust. And it worked out well.

The JCPOA was an amazing first step to restoring trust that hadn’t existed for more than 60 years.

It was not a fraction as bad as its detractors made it out to be, something they would understand were it not for filtering everything that happens through their hatred of Obama, as Trump did when he tore up Iran’s only nuclear disincentive. 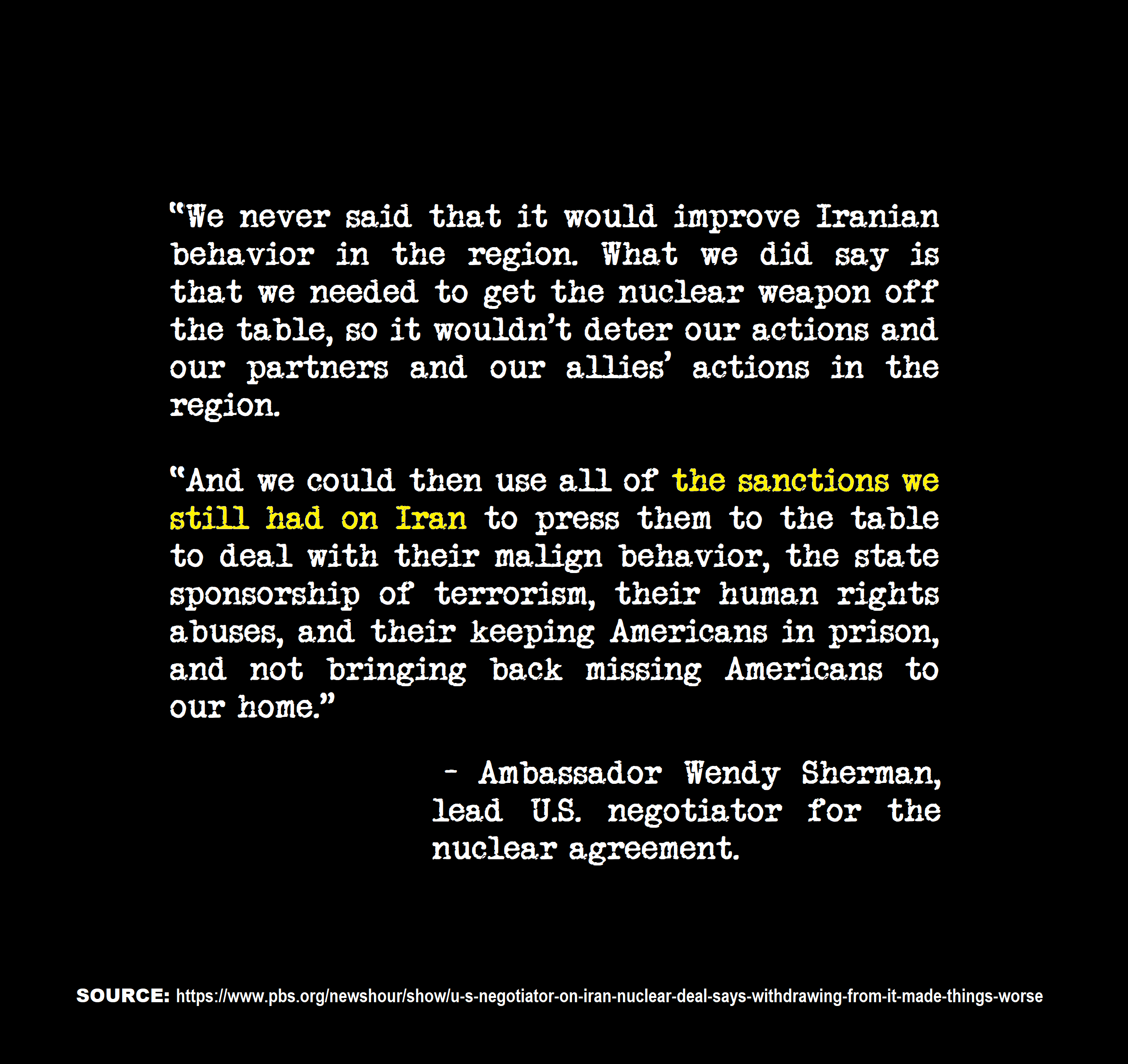 Moreover, it was ultimately in Israel’s interests for the US and Iran to reach an agreement, even if it is a less than an ideal one.

To begin with, an agreement is the only way to prevent Iran from acquiring nuclear weapons short of an invasion and occupation of the country. Bombing by itself will not do it. In fact, unless a coalition was willing to attack and invade Iran, bombing would have made things worse. 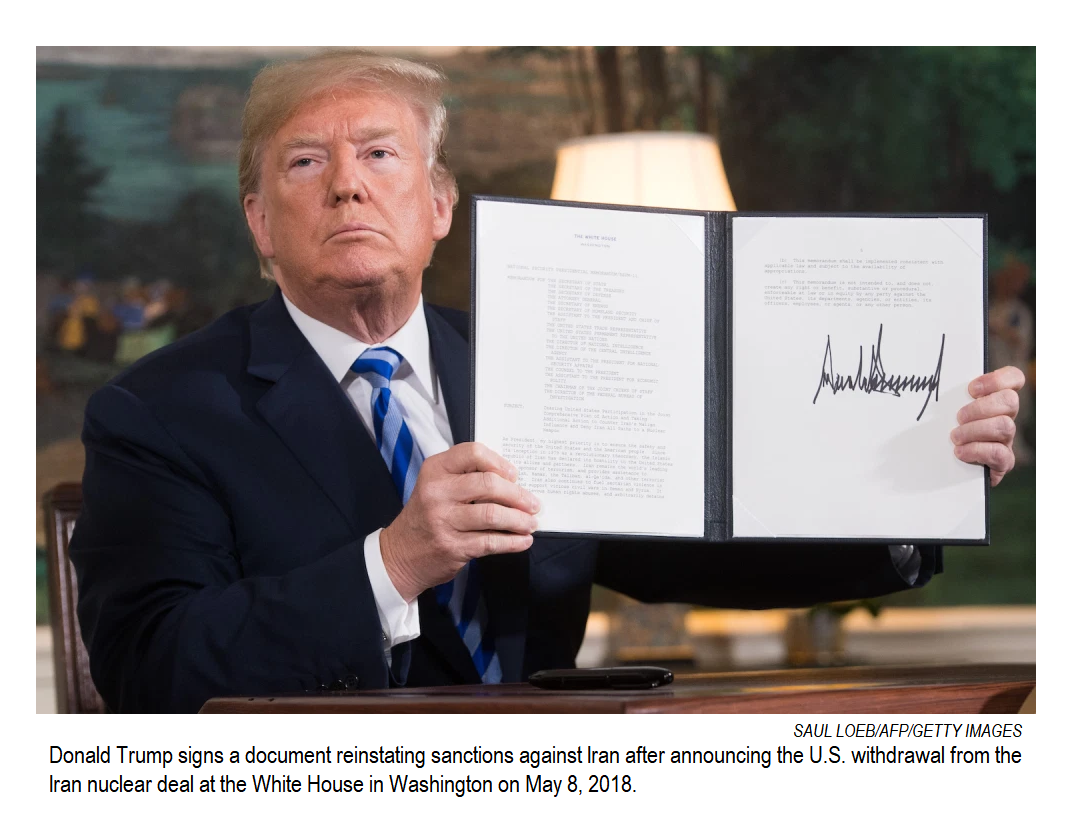 Israel would benefit both directly and indirectly from this nuclear deal and especially larger rapprochement.

Israel would gain several direct benefits from a larger warming of U.S.-Iranian relations, which a nuclear deal could help facilitate. Iran was and is still paying in separate sanctions for its anti-Israeli tirades and actions.

A rapprochement with the U.S. would force Iranian leaders to constrain their anti-Israeli rhetoric and actions, or risk losing their new partner.

While Israel and Iran might never enjoy the same relationship we did under the Shah or even the first decade of the Islamic Republic, a U.S.-allied Iran would be MUCH less of a burden for Israel.

History is quite clear on this point: U.S. Middle Eastern allies—notable Egypt under Sadat — have been much less hostile to the Jewish state than countries that have been U.S. adversaries.

Israel would also benefit indirectly from a U.S.-Iran nuclear deal and possible rapprochement. That’s because either of these agreements would spark panic in Sunni Arab capitals. For the foreseeable future, then, Israel would enjoy some breathing room, which it would obtain as these governments would be preoccupied with Iran for the foreseeable future.

Just the possibility of an interim nuclear deal between the U.S. and Iran had created rumors of Saudi Arabia seeking tighter cooperation with Israel. So, let’s see how that unfolds.

This nuclear deal made it less likely, at least for the time being, that Israel will attack Iran. The possibility of an Israeli attack on Iran was already remote long before Iran and the P5+1 began to hold their talks.

On the other hand, if the agreement proved as ineffective as Netanyahu and other like-minded people insisted it was, Israel could have decided to take more substantive measures.

The P5+1 (EU3+3. Whatever) didn’t have a choice. Sanctions did nothing but make Iran dig in its heels on its nuclear program. Of all the possible scenarios, this was the best.

A military solution was out of the question, no matter how much some people fantasize about one. If Israel were going to strike Iran’s nuclear facilities, it would have done so a long time ago.

Since getting caught off-guard at the beginning of the Yom Kippur War in 1973, Israel has generally acted proactively to thwart security threats. On no issue has this been truer than with nuclear-weapon programs.

For example, Israel bombed Saddam Hussein’s program when it consisted of just a single nuclear reactor. According to ABC News, Israel struck Syria’s lone nuclear reactor just months after discovering it. The IAEA had been completely in the dark about the reactor and took years to confirm the building was in fact housing one.

Contrast this with Israel’s policy toward Iran’s nuclear program. The uranium-enrichment facility in Natanz and the heavy-water reactor at Arak first became public knowledge in 2003.

In that time Israel and the world just watched as the program expanded into two fully operational nuclear facilities, a nuclear-research reactor, and several other well-protected and dispersed sites.

Furthermore, America’s reluctance to initiate strikes on Iran was made clear to Israel at least as far back as 2008. It would be completely at odds with how Israel operates for it to stand by for 13 years, until the last minute when faced with what it views as an existential threat.

Countless Israeli and American military leaders shunned the notion of a military solution.

The nations of the P5+1 didn’t love the Iran Agreement. And you can be sure that the mullahs in Iran didn’t like it. But politics is the art of the possible. All things considered, nothing else that would have retarded their program at the time.

The JCPOA was bigger than just a nuclear agreement. It was a first step.

Then Donald Trump happened. The Middle East is less safe because of it and might remain so for a generation.

About the Author
Mark Ira Kaufman majored in physics. He later worked as a studio musician for many years before turning to writing. He has been published in The Plain Dealer, The Beacon Journal, The Jerusalem Post, and Midstream Magazine. He also was writer and editor of The Mark Ira Kaufman Journal.
Related Topics
Related Posts
Comments
Advertisement