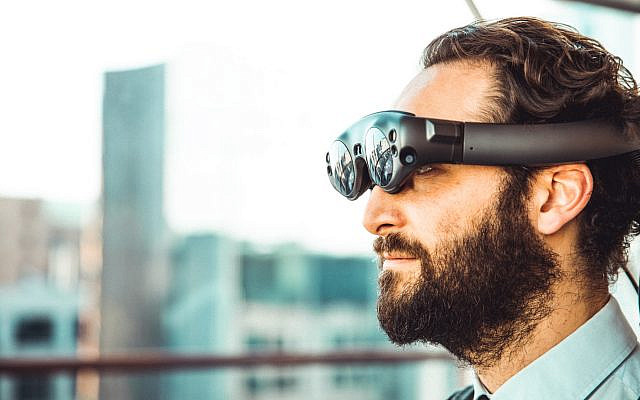 Israel may be known as the startup nation, but after a series of acquisitions in the field of augmented reality, could the world’s most compact tech hub soon gain the recognition it deserves as a driving force for innovation?

Despite the looming presence of COVID-19, Israeli startups have raised record levels of funding and played a pivotal role in the development of transformative technology – particularly in when it comes to augmented reality and mixed reality.

Let’s explore Israel’s thriving relationship with AR and look back on a massive 2020 where the startup nation overcame the drawbacks of the pandemic to continue leading the world in the development of new technologies:

Using the term ‘startup nation’ to describe Israel’s commitment towards innovation may feel appropriate, but with growing use cases of Israeli technology appearing, we may soon need to think of a new description that shows the country is doing so much more than simply creating concepts.

In a global first, doctors in northern Israel in January 2021 used augmented reality and 3D technology to perform eye socket surgery on a young patient.

Ahead of the surgery at the Galilee Medical Center, doctors rendered a 3D model of the patient’s skull before designing and printing a titanium plate that conforms to his CT imaging.

During the surgery itself, one of the surgeons wore Microsoft HoloLens AR glasses which worked to project the software model of the skull and plate onto the patient’s head. Doing this enabled him to put the real-life plate in its place with a perfect overlap of the 3D model.

After the success of the surgery, Dr. Samer Srouji, who led the surgery said: “The innovative technology utilizing a 3D printer and augmented reality resulted in both a particularly accurate execution of the operation and a significant reduction in time.”

“This technology will contribute to improved clinical outcomes and reduce repeated imaging and surgeries. We feel great pride to be at the forefront of and lead in this global technology.”

The fact that healthcare in Israel is still in a position to undergo world firsts despite the past year being heavily punctuated by a global pandemic is a testament to the ambition shown by startups across the country. In what was set to be a challenging year, Israeli tech has remained at the forefront of developing technology.

Glancing at a Record-Breaking 2020

Israel’s startup ecosystem raised record amounts of funding and produced 19 IPOs in 2020 in spite of COVID-19 disruption. This momentum has led to tech companies across the AR industry and beyond looking to build on their success ahead of a return to normality in 2021.

The country’s thriving cybersecurity sector continued to receive global attention, while others such as artificial intelligence produced fresh teams of founders. Elsewhere, other investors reaffirmed their confidence in biotech, fintech, and AR across the nation.

When it comes to money distribution and fundings distribution by stage, Israeli startups continued to hold their own within the challenging landscape of 2020. Early startups raised $1.75 bn in the first six months of 2020 — a small decrease of 4% compared to the same time last year.

Overall, local investors cited Israel’s focus on global markets from day one. This, alongside the support of the Israeli government and strong relationships with Silicon Valley and other global tech hubs, are key factors that have helped the nation to continue in taking strides despite global uncertainty.

For some Israeli investors, there’s very little in the way of barriers posed by COVID-19. Yonatan Mandelbaum, for instance, a VC with TLV Partners explained that “COVID hasn’t impacted our investment strategy much. We have remained steady in our search for interesting early-stage software opportunities and our commitment to invest substantial amounts even at the seed round.”

“The biggest worries of the portfolio founders surround slower enterprise sales cycles due to WFH and smaller budgets from potential customers,” Mandelbaum said. “Our early advice to founders was to ensure runway for 18 months in order to weather the storm. Recently, however, after witnessing the incredibly founder-friendly fundraising landscape, our advice has been to put the pedal to the metal, reach certain benchmarks and raise capital.”

Interestingly, many Israeli firms appear to be excelling thanks to the disruptive nature of COVID-19. Due to the transition of businesses from a brick-and-mortar environment into a digital landscape, more Israeli companies are looking to transform experiences for customers to better accommodate a new lifestyle of spending more time indoors.

One driving force behind this development is the progression of augmented reality technology — which has the power to create digital overlays on top of real-world environments to generate immersive experiences for users.

The increased emphasis from Israeli startups on the developing AR and VR markets is perhaps no surprise when considering that the industry is expected to grow at a CAGR of 63.3% towards a total value of over $571 billion by 2025.

One domestic AR tech company, ByondXR — which utilizes a blend of augmented reality and 3D technology to create a form of extended reality (XR) — has attracted many major suitors including Coca-Cola, Lancôme, and many other major brands in its development of immersive technology that can inspire customers as they shop from home.

ByondXR looks to recreate a physical shopping experience for customers who have become increasingly housebound in the wake of the pandemic. With a click-of-a-mouse, customers using ByondXR can transform their environment into a fully-fledged online shopping experience. As they stroll through the rendered store, customers can interact with products – which are 3D modeled, rather than recreated using a series of cameras.

Malik Abu-Ghazaleh, global head of digital marketing at Lancôme, said: “We have been using ByondXR’s platform to create true-to-life immersive pop-up experiences for Lancôme consumers around the world. These virtual pop-ups have shown great value in terms of audience engagement and sales”

ByondXR isn’t the only Israeli firm that’s incorporating augmented reality technology into how shoppers interact with the world. Mixed Place is another Israeli startup that’s dedicated to building an infrastructure that allows companies and advertisers to better market their products to audiences.

In the case of Mixed Place, the startup combines augmented reality with virtual reality to create a mixed reality (MR) environment. In MR scenarios, objects understand the shape and topography of real-world environments and combine with it so that it’s possible for users to move and interact with the virtually rendered world in the same way that they would in the real world.

“We can create a virtual salesperson that knows when you’re getting closer to the store and can guide you in. Through your phone or smart glasses, you’ll see shoes personalized for you on the empty table. You can rotate them, change the colors and then make your order,” explained Mixed Place CEO, Alon Melchner.

Israel has long been drawing interest from the world’s largest companies for its innovative technology. This trend is very much intact when it comes to augmented reality — and, in particular, AR eyewear.

In August 2020, Apple was reported to have bought Israeli camera tech company, Camerai, in an acquisition that totaled tens of millions of dollars. The US technological behemoths snapped up the firm in a bid to integrate the technology into Apple’s smartphone cameras. Camerai’s technology utilizes artificial intelligence to better understand scenes and generate AR graphics that interface with those technologies in real-time.

With some 1,500 employees estimated to be based in Apple’s R&D centers in Herzliya and Haifa, it appears that Apple may be looking to Israeli tech like Camerai’s to build its next generation of smart glasses.

Apple wouldn’t be the only leader in tech to turn to Israel for the development of AR eyewear, with Lenovo already making strides in utilizing technology from startup Lumus in their recent AR headsets.

Lumus’ transparent AR displays are a key component in Lenovo’s ThinkReality A6 headset — which offers full HD resolution for each eye and a 40-degree field of vision. Weighing in at just 380 grams, Israeli AR could have the potential to enable companies to build more compact eyewear that may soon be capable of folding up and being adjusted to a particular face shape of the user, similarly to that of regular, day-to-day glasses.

Apple’s acquisition of Camerai is the latest in a long line of Israeli companies that have been bought up by the industry leaders. In late 2013, Apple confirmed the acquisition of PrimeSense, a maker of 3D gesture technology. Meanwhile, in 2015, the company confirmed the purchase of digital photography firm, LinX Imaging. Facial recognition tech startup Realface was also bought up by Apple in 2017 as the US firm looked to incorporate facial recognition technology to authenticate users.

With Apple clearly looking East to find technology to further progress the power of its visualizations, we may be set to see further movements in Israeli AR as the race to win the battle of the smart glasses market takes off in the coming years. Pandemic or not, the startup nation has shown no signs of slowing down.