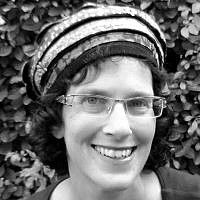 The Blogs
Hannah Katsman
Apply for a Blog
Please note that the posts on The Blogs are contributed by third parties. The opinions, facts and any media content in them are presented solely by the authors, and neither The Times of Israel nor its partners assume any responsibility for them. Please contact us in case of abuse. In case of abuse,
Report this post.

When the news came out that Washington rabbi Barry Freundel filmed women that he had encouraged to immerse in his private mikveh, the entire community was shocked. Yet when allegations emerged about the rabbi of the Riverdale Jewish Center, Jonathan Rosenblatt, inviting boys as young as 12, college students, and rabbinic interns to sit naked with him in the hot bath and sauna, the reactions were inconsistent. Writing in the Forward, Rabbi Eliyahu Fink strongly condemns Rosenblatt’s actions, acknowledging both the trauma to the young men and the failure of the congregation to take decisive action.

But Rosenblatt himself, Fink argues, had a “blind spot.” He suggests that if the allegations had been publicized sooner, the rabbi and the congregation could have come to a “happy and healthy compromise,” with the rabbi avoiding censure and retaining his job.

Relatively speaking, this is a “mild” case of abuse. We don’t know of any sexual touching. And there is no proof about his intentions being nefarious. This means little, though, as only in rare cases do we have videotape. But two elements of this case make it clear that Rosenblatt’s case stepped over the line from bad judgment to malicious intent. The presence of both allows us to distinguish between appropriate mentorship and abuse.

The first involves the sexually charged nature of the encounters, as described in the New York Times article: “. . . the rabbi openly gawked at a naked 12-year-old. He invited a 15-year-old over for intimate nighttime conversations, during which he frequently put his hand on the boy’s leg. He invited himself into a 17-year-old’s living room and tried repeatedly to persuade him to change into a bathrobe.” The descriptions of the encounters show the discomfort felt by these children.

The second element is the abuse of authority. The rabbi used his position as rabbi in order to arrange the sexually charged meetings.
Both elements are required to make the case against Rosenblatt, or any other perpetrator. You can have naked men (or women) sitting around together in a neutral situation, like the mikveh (Jewish ritual bath) or sauna. That in itself doesn’t make it sexual. There is a religious or practical reason for being there. The men come on their own initiative, and can leave when they like. But when you have an authority figure inviting younger boys and men to sit naked with him for long periods, you have malfeasance.

The Bronx District Attorney’s office agrees, asking others to come forward. Former sex crimes prosecutor Linda Fairstein told the New York Times that “similar conduct could be construed as endangering the welfare of a minor, a misdemeanor that includes knowingly acting ‘in a manner likely to be injurious to the physical, mental or moral welfare of a child less than 17 years old.'”

The law recognizes that an adult spending time naked with children is a form of grooming. This erasure of boundaries desensitizes them to the inappropriateness of the situation, and makes children vulnerable to more harmful forms of sex abuse—whether by that adult or someone else.

Either Rosenblatt’s actions, as he himself claims, were unusual but innocent—or the actions were innately loaded with sexual messaging and significance, thus sexually inappropriate. In the latter case, the sauna invitations were not merely a matter of bad manners or judgment. If that were the case, he would have stopped when this was pointed out to him by his congregation. He didn’t.

If there was no sexual intent, it makes sense for the synagogue to have kept a popular and learned rabbi on its payroll. Yet look at how the Rabbinical Council of America recently expelled Rabbi Marc Schneier for committing adultery. The rabbinical board determined that extramarital sexual relations are not becoming for a rabbi, at least once the fact was revealed in court after the breakup of his fourth marriage. But Rosenblatt’s continued sexually charged behavior with teens, and later young adults including rabbinic interns, remained an open secret for many years with no official action taken.

The ones harmed saw their complaints ignored and the perpetrator remain in his position. Meanwhile, the damaging behavior continued. Unfortunately, similar scenarios takes place not only in all branches of Judaism, but in every type of secular and religious institutions. The modus operandi is generally the same: Protect, defend, and excuse the leaders; silence the critics; ignore the victims; and put future children at risk.

Just like Barry Freundel, Jonathan Rosenblatt used his rabbinic role to get his congregants and disciples unclothed. Can we really imagine a scenario in which Rosenblatt thought the only way to get through to his young charges was by sitting next to them with no clothes on? That makes as much sense as saying that Barry Freundel’s “practice dunks” in the mikveh were a necessary preparation for conversion, and not a pretext for videos to be viewed on a home computer.

Perhaps one reason so many are willing to find Rosenblatt innocent of abuse has to do with the Orthodox community’s taboo against homosexuality. Although progress has been made in the Jewish community toward accepting homosexual tendencies, we may not be quite ready to recognize them in rabbinic leaders such as Rosenblatt or convicted offender Moti Elon. It’s easier to talk about a “blind spot.”

We must not look for compromise when the welfare of children are at stake, nor can we risk a “healthy and happy” relationship with a community leader who has used his position to see naked boys and be seen by them. Make no mistake. This isn’t an issue of informal mentoring gone wrong.

Intentions matter. There are times to give the benefit of the doubt, but when it comes to manipulation of innocent children, we must keep our eyes wide open. A community that truly cared about its members would see Rosenblatt’s abuse of power for what it is.

About the Author
Hannah Katsman is an Israeli lactation consultant and writer. Her work on parenting, public health, women’s rights and sex abuse has appeared in The Forward, Times of Israel, Jerusalem Post and Jewish Telegraphic Agency, and on her websites AMotherInIsrael.com and CookingManager.com.
Related Topics
Related Posts
Comments