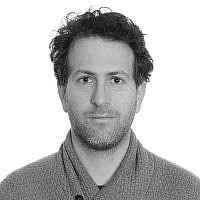 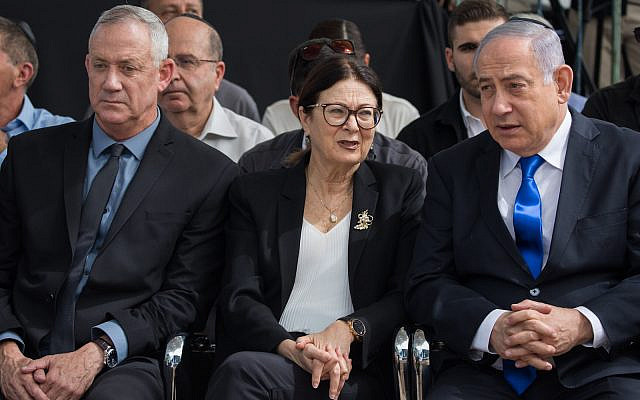 The rotation mechanism agreed upon by the Likud and Blue and White creates a situation in which there are two separate governments, each led by a strong leader — Benjamin Netanyahu and Benny Gantz, respectively. The agreement sets out the relations between the two governments in terms of areas of cooperation, the autonomy of each, and the ability of each to veto decisions made by the other.

Unquestionably, this mechanism was created in order to serve the current needs and interests of both sides. One can quite rightly criticize the intention to pass Basic Laws (laws which enjoy semi-constitutional status) based on personal and political interests, and there is also no doubt that the mechanism itself contains several highly problematic details in terms of democratic norms, such as setting a limit in advance on the term of the Knesset to three years, the attempt to bypass the Deri-Pinhasi precedent (a previous Supreme Court decision that a cabinet minister indicted on serious charges must be removed from office), and more. But beyond these concerns, the rotation mechanism has the potential to significantly change Israel’s governmental structure.

Government rotation per se is hardly a revolution, as Peres and Shamir took their turns as prime minister following the deadlock of the 1984 elections. But in that case, the agreement was founded on the goodwill of both sides and did not involve changes to the system of government. Now, the country’s leaders are seeking to anchor governmental rotation in law. According to the proposed legislation, whenever a government is formed it will be possible to define it as a “rotational government” with two heads—a prime minister and a “designated prime minister”—who will switch positions on a predetermined date.

However, the agreement goes further than this, and states that this will be a “parity” government; in effect, comprising two governments with equal power. Of course, all the ministers will participate and vote in government meetings, but officially, the government will be comprised of two defined blocs: one including those ministers with a formal affiliation to Prime Minister Netanyahu; and the second including the ministers affiliated with Designated Prime Minister Gantz. The two blocs are supposed to have equal power. For example, they will have an identical number of ministers, or at least will have equal voting power in the government and in government committees.

A no less substantive change is the fact that much of the current prime ministerial powers will be divided between the heads of the two blocs. Thus, only the head of a bloc may fire ministers from his bloc, and each head also holds veto power over important decisions made by his counterpart. For example, if until now a prime minister was able to dissolve the Knesset (with the consent of the president), this will now also require the agreement of the designated prime minister. The coalition agreement stipulates that the agenda for government meetings and for meetings of committees such as the Ministerial Committee for Legislation will be determined by the two. Similarly, they will both participate in all forums, and be given identical access to intelligence materials.

Presumably, Netanyahu and Gantz did not set out to create a new model of government, but rather – were led to this outcome as a result of the circumstances. The coronavirus crisis forced them to cooperate or at the least provided them with an excuse for such cooperation. In addition, their complete lack of trust in one another forced them to anchor the arrangement in detailed legislation that allows each side to block the other.

In any case, the end result creates a governmental structure, unprecedented in Israel or anywhere else. If the proposed amendments to the Basic Law: The Government are passed, and remain in effect at the next elections as well, this will have a significant impact on the structure of the Israeli government and on overall political balance of power.