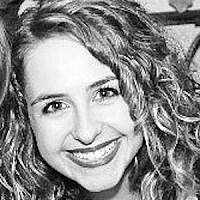 The Blogs
Melanie Holly Pasch
Apply for a Blog
Please note that the posts on The Blogs are contributed by third parties. The opinions, facts and any media content in them are presented solely by the authors, and neither The Times of Israel nor its partners assume any responsibility for them. Please contact us in case of abuse. In case of abuse,
Report this post. 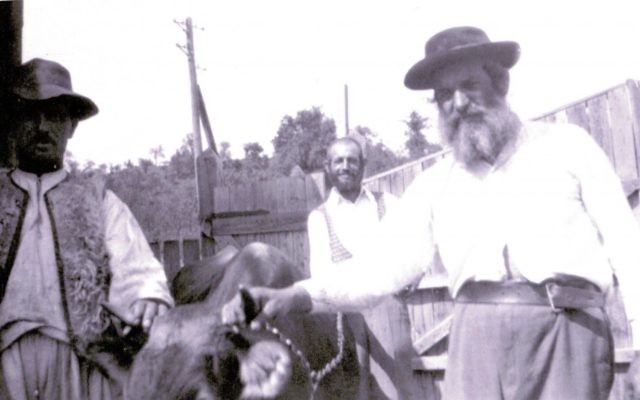 My great grandfather, Mendel Feig is in the middle and his father Yehuda Feig is on the right. On the left is a Magyar/Hungarian neighbor. (courtesy)

Six million Jews were erased from this earth for the sin of being born Jewish. My family was ripped not in half, but torn to pieces as my grandparents were rounded up in school yards and deported to death camps, on my mom’s side both to Auschwitz. They barely survived and today in 2020 at age 29 my heart will still never be whole.

My maternal grandparents lost all of their parents, grandparents, and almost all of their siblings in the Holocaust. Their siblings names appear only in regards to their deaths as they were born in the mountains of Subcarpathian Ruthinia in what was then Czechoslovakia without official birth records. I have made a point of trying to remember their names to keep their memory alive. One of my Papa’s brothers was simply referred to as Boomie.

As I set out to find Boomie’s real name and I found myself opening from the inside and tears just kept pouring out. My search became so much more than for a name, but rather a search for a vanished human being – gone without a trace. Bunim was his name and I’ll never know anymore than the fact that he was burned alive with his brothers, sister, and mother in a synagogue in the Kolomyia (Kolomyja) ghetto. He was one of my Papa’s little brothers.

You might have thought based on the title that this piece would be a remarkable story of finding someone after so many years and against all odds, but it’s not. It is instead the all too common story of simple unrelenting loss.

This world has so much beauty and so much hate. We have seen too many times what happens when the good are silent in the face of rising evil. We must stop the rise in anti-semitism and all hate based on race, religion, sexual orientation, or any other way humans are born.

Today and every day we remember.

My grandma’s brothers murdered in Auschwitz:

My papa’s brothers and sister burned alive in a synagogue in the Kolomyia ghetto:

My great grandma, Rivka Einhorn, pictured below – burned alive with her sons and only daughter. 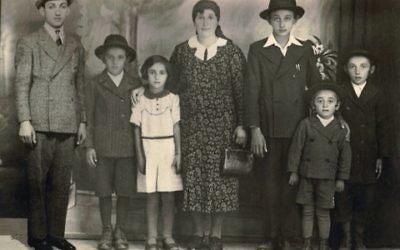 The Einhorn Family (My grandfather is the third from the right)

My great grandma, the fearless Mindal Katz Feig who was beaten to death by Hungarian Nazi collaborators defending her children.

Hilda “Henny” Frisch, my great great grandma dragged out of my Omi’s Hamburg home by SS officers never to return.

We will always remember you and I will keep telling your stories.

To my grandma’s brother, Yitzhak “Inny” Feig, who fell in love with his Binyamina born bride, Yardena in New York City and made Aliyah with their three daughters Debra, Elaine, and Wendy in the early 1970s. 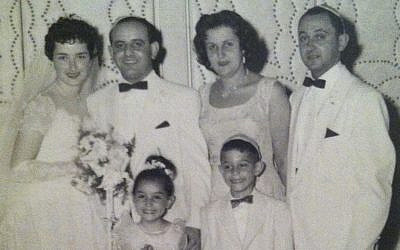 My grandparents at the wedding of my great aunt and uncle, Yitzhak and Yarden Feig, with my mom and her brother.

To my grandma’s dear cousins, Nissim and Yossi Feig who came to the Land of Israel after surviving Nazi death camps and fought for Jewish statehood in 1948 and beyond. And to Yossi’s loving bride, Rivka, whose love for each other set the world in awe. Their three daughters, Tzipi, Pnina, and Tami. 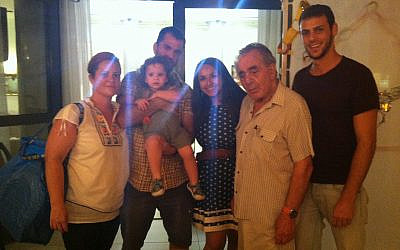 Me and my cousins, grand and great grandchildren of Yossi and Rivka Feig in Israel

I hope they knew how their survival and love carried my grandma until her final day on this earth. They were the only survivors of her vanished world and she lived the pain of that every moment of every day.

To my unstoppable grandparents, Ephraim Herschel Einhorn, Mariam Feig Einhorn, Dita Loewenstein Pasch Rosenbaum, Hans Pasch, and my honorary Opi Heinz Rosenbaum, thank you for telling me the stories and making me who I am today – an unstoppable Jewish Israeli American who will never be silenced. 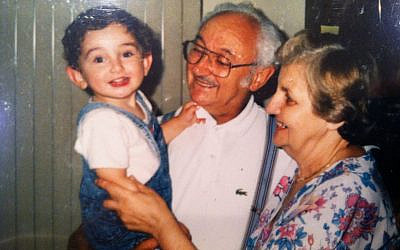 My grandparents marveling at their grandson, my brother David.

And finally, to my parents, Gail and Steven Pasch who taught me and my brother David how to stand up for ourselves and others.

They taught me to find my voice and I decided to use it. Please share these stories with the world. 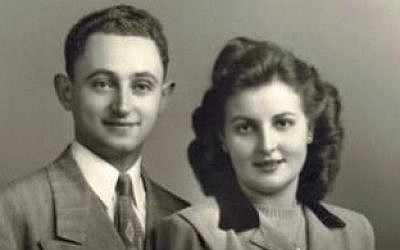 My grandparents Ephraim Herschel Einhorn and Mariam Feig Einhorn.
About the Author
Melanie works at an Israeli tech startup by day and is a writer and amateur standup comedian by night. She lives in Tel Aviv with her sabra husband, Kobi Yonai.
Related Topics
Related Posts
Comments