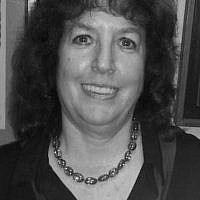 The Blogs
Helena Flusfeder
Apply for a Blog
Please note that the posts on The Blogs are contributed by third parties. The opinions, facts and any media content in them are presented solely by the authors, and neither The Times of Israel nor its partners assume any responsibility for them. Please contact us in case of abuse. In case of abuse,
Report this post.

Imagine you are an Israeli in Sderot or Askelon or Tel Aviv living with constant ongoing “red alerts” during the current ongoing war — which means you have to prepare yourself, rouse your partner and scoop up your children within 15-45 seconds and run to a reinforced room or more likely, in the case of the first two cities, a public shelter.

Why is it that Israel always attracts bad press for defending itself? It is a known fact that Hamas prepares its missiles and rockets from underground locations, under schools, hospitals and homes. So, why is Israel the “bad guy” when it defends itself and takes out those targets? Wouldn’t any country do the same?

The battle is not between equal sides. It is a battle between a “terror organization” looking to destroy Israel: and in the meantime to control East Jerusalem, the Al-Aqsa compound and parts of Israel (when they warn that they are sending missiles at certain times) — and a democratic country trying to defend its citizens. Not equal.

The age-old battle over property in east Jerusalem in the neighborhood of Sheikh Jarrah was thought to be one of the matches that lit the current fires burning all over Israel. The rage of Jewish and Arab citizens that has led to lynches or near-lynches on both sides. But it is exactly that — an age-old property battle that should be settled between the families. In court. Not on the streets. As the Palestinian human rights activist Bassem Eid wrote in a recent blog on the Times of Israel: “This had been a private matter between Jews who have an old property deed from the 1800s and the residents of four homes who have lived there for decades and do not want to pay rent.”

Inside and out of the country — the battles are not between equal sides. That much is clear. These are problems that should have been solved 50 years ago — and still need a strong Israeli government equipped with new ideas and visions to solve them now.

In addition, with the lack of a functional government in Israel, the lack of a budget, and a leader with vision, determined to bring both sides to more parity – and not someone who consciously whips up national sentiment and divides groups — the sides are even less equal than they could or should be.

Israel is sorely lacking a public or private figure who regularly, clearly, fairly and eloquently can describe what is going on in the country and the rationale for the steps the country has taken, or is taking.

With the current vacuum, Israel will always bring on herself unfair criticism and further attacks.

About the Author
Helena Flusfeder is a content writer with a background in journalism and editing. Her work has appeared in The Daily Telegraph, The Jewish Chronicle, The Times Higher Education Supplement, University World News (on higher education issues in the world), The Jerusalem Post, The Baltimore Sun, International News Services and others. She is currently doing research for a book on World War II and her father’s experiences in Warsaw and Russia.
Related Topics
Related Posts
Comments