Hakarat hatov (gratitude) has been a much-discussed concept in the Jewish world recently. Everyone agrees about its importance; when, to whom, and under what conditions to express it have, however, engendered much heated debate. Not wanting to get involved directly in that debate, however, I’ll turn to something almost as close to my heart — baseball.

In 1956, Mickey Mantle was paid an annual salary of about $32,500. That was a career-busting year for the Mick, who won the Triple Crown with most home runs (52) and RBIs (130) and the highest batting average (.353). He was, unsurprisingly, also named the American League’s Most Valuable Player. Equally unsurprisingly, he wanted a substantial raise. Although the Yankees’ general manager, George Weiss, balked, Mantle prevailed. He had his salary doubled to $65,000. (That would be $573,400 in 2019 dollars.) 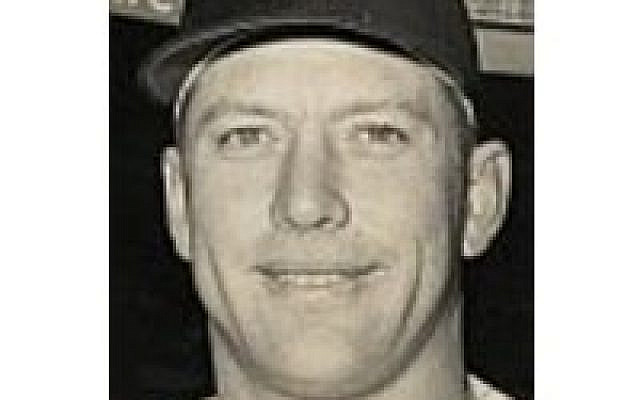 In 1957, No. 7’s batting average rose to .365, second in the American League only to Ted Williams’ .388. Although Mantle’s home runs and RBIs decreased, they still were substantial (34 and 94) as were his other offensive and defensive stats. Indeed, for you sabermetric fans, that year his Wins Above Replacement was 12.5 (no, I can’t explain what exactly that means or how it’s computed except that I know it’s very good) as compared to Ted Williams’, Willy Mays’, and Derek Jeter’s career bests of 11.8, 11.0 and 8.0 respectively. The result? A second consecutive MVP. As his reward for this outstanding season, Weiss offered Mantle a $5,000 salary cut. Weiss lost that salary battle too, and Mantle got a raise. And again, after Mantle’s 1958 season (42, 94, .307), Weiss offered a pay cut, and Mantle eventually received a small token raise.

Let’s fast forward to today. Stephen Strasburg, the 2019 World Series MVP, just signed a $245 million seven-year contract with the Washington Nationals. That’s an annual salary of $35 million a year, the highest ever for a pitcher. (No, wait. Since I typed the first draft of this column, it’s already been exceeded by Gerrit Cole’s $324 million nine-year contract with the Yankees.) And the 2020 minimum salary is $563,500 — just a tad under, in equivalent dollars, Mantle’s salary following his Triple Crown/MVP season — with an average annual baseball salary of $4.36 million. The players certainly are doing better.

And it’s not only players. The Steinbrenner group bought the Yankees in 1973 for $8.6 million — the equivalent of $51 million today. Its estimated current value is $4.6 billion (that’s billion, with a “b”) — a 9,000 percent increase in real dollars. Pretty good investment.

What does all this have to do with hakarat hatov?

In 1966, Miller, then the leading economist and negotiator for the United Steelworkers union, became the executive director of the Major League Baseball Players Association, and he began the slow process of helping the players understand their uniqueness and importance to the game. Two years later, the MLBPA and Major League Baseball signed their first contract in the Miller era — and baseball never was the same again. 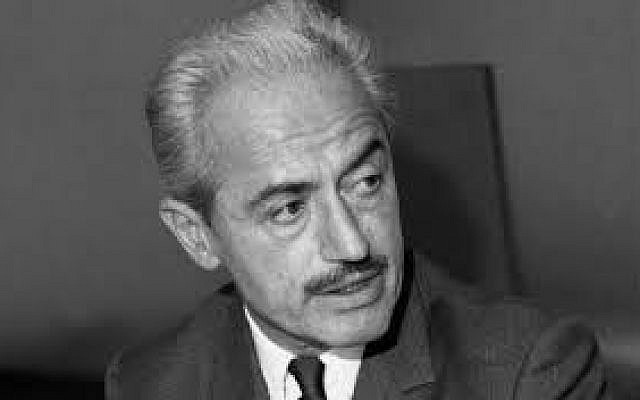 Subsequent contracts, work stoppages, and legal proceedings were major factors in helping MLB’s business model and the game itself evolve to new and higher levels. (If you’re a baseball fan and don’t know the names of Curt Flood, Catfish Hunter, Andy Messersmith, and Dave McNally in this context, put down this column and google them.)

For the players, the reserve clause disappeared (see google instructions above); multiyear, multimillion-dollar contracts became the norm, and free agency and salary arbitration gave players real power over their careers and pocketbooks, changing baseball from a management-dominated industry to one with an equal labor-management relationship. For the owners, the value of franchises grew exponentially. And for the fans, the game and the teams became more competitive.

Of course, not all of this was due to Marvin Miller. But a significant amount was.

So how were Miller’s accomplishments recognized? Well, every baseball fan knows that the brightest stars — and leading umpires, managers, and baseball executives — are honored after their careers come to a close with enshrinement in the Baseball Hall of Fame. But until he was finally elected this year, Miller, whose service to baseball was equaled by few non-players, was blackballed from the HOF for 32 years. Election after election, when other much less deserving executives gained entry, the door continued to be slammed in his face.

Electing Miller should have been as much a no-brainer as Mariano last year and (almost certainly) Derek this year. Can you imagine the uproar if those stars would not be admitted in their first year of eligibility? So how could players who voted in HOF elections for executives not all vote for Miller? Indeed, should players elected without him even have attended induction ceremonies at a hall from which Miller was excluded? Something akin to a mirror image of Groucho not wanting to be a member of a club that would admit him comes to mind.

Where was the understanding that the incredible increases in players’ fortunes — in all meanings of that word — were due in large part to a person excluded from the HOF? Where was basic hakarat hatov? Simple gratitude?

I’m aware that after being rejected many times, Miller requested that he no longer be on the ballot. His reasoning was not pique or sour grapes. Rather, he believed that the essence of his legacy are the positive changes he helped effectuate for baseball, and he wanted that achievement, rather than personal honor, to play the major role. And while that in itself demonstrates deep-seated values and teaches an important lesson, I still believe his election was long overdue and necessary. Not necessary for him, perhaps, but necessary at least for the sake of historical accuracy and education of youngsters.

Miller’s thoughtful understanding of individual honor and personal modesty does not excuse those whose lives he improved from fulfilling this obligation to him. Expression of gratitude is not based on a recipient’s demand for it (always inappropriate) or even expressed indifference to it or rejection of it. If you owe it, you pay it.

Baseball remains America’s national pastime; it continues to resonate not only with its ardent fans but also with all those who are still drawn to watch an All-Star game or the World Series, or just attend an afternoon game on a lazy summer Sunday afternoon. And some of its lessons — including the push and pull between the need to express gratitude and doing good for its own sake without the need for gratitude — should extend past the infield, fly beyond center field, and soar over the bleachers into the soul and psyche of all Americans and their leaders. Especially our leaders