I don’t have a good voice.

There, I’ve said it.

Now that doesn’t mean I can’t carry a tune. Usually, I can sort of keep on key (with usually and sort of being the operative words). And I’m not tone deaf, because I not only can tell when I go off key, I also can tell when people with supposedly good voices do the same. (I’d say “you know who you are,” but sadly you seem not to.) What I do mean is that when I sing, I know enough to follow my wife Sharon’s wise advice (or was it Teddy Roosevelt’s?), and sing softly and try to carry a tune.

So I’m very selective about my audience. My favorite was comprised of my kids, and now my grandkids, at bedtime. I like to think that I was able to stay on key for the Peter, Paul & Mary lullabies I sang to them (especially Puff and For Baby (For Bobbie) [see Ani LeDodi V’Dodi Li]) because it worked and they fell asleep. Of course, that might have been their defense mechanism against listening to more of my warbling.

But even without a good voice, my musical ear once had a major coup unrelated to putting adorable kids to sleep. Rather, it arose out of a business trip I took while an in-house litigator for J.C. Penney in the early 1980s.

Penney’s legal department really was a small law firm that did almost all the legal work in-house, including litigation, rather than supervising outside counsel. And since Penney was a national chain, I actively litigated all around the country.

One summer, I had scheduled two weeks’ worth of back-to-back depositions in Los Angeles. Once I was in LA, the schedule changed at the last minute, leaving me with an unexpected few deposition-free days. I probably could have found some other work to do, but one of the benefits of being in-house was not being burdened by the bonds of billable hours, so I decided to enjoy a mini-vacation.

I called my friend and former elementary school classmate, Dr. Deborah Lipstadt, the well-known Holocaust scholar, professor, and author, who was then living in LA, and suggested we get together for a meal or, perhaps even an afternoon, if her schedule permitted.

She made a wonderful counter-offer. Deborah was then the head of the Brandeis-Bardin Institute, which ran a summer program in its Simi Valley location, bringing together young Jewish adults from all over the world to engage with leading Jewish scholars and artists in Jewish learning, arts, and culture. Her responsibilities required her onsite presence, and in response to my suggestion she invited me for an overnight visit to BBI. I jumped at the chance.

It was a wonderful two days. In addition to spending time with Deborah and learning about BBI’s relationship with Gunsmoke, I found it stimulating to sit in on several sessions. I especially remember one by Noam Zion, now a well-known scholar, thinker, and author; even then, although he was much younger (weren’t we all?) and lesser known, his potential already was evident.

(I know what you’re thinking. Gunsmoke??? I won’t keep you in suspense. I was intrigued when I saw, hanging on the wall in Deborah’s office, a framed picture of James Arness, better known as Gunsmoke’s Matt Dillion, dressed in full US marshal regalia. I asked about it and was told that in 1972 he gifted his bordering ranch to BBI, thus increasing its acreage by 40 percent — the largest single gift of land to a Jewish institution in California’s history.)

Back to my story.

Walking around the campus, I heard a music session beginning and I dropped in. A woman in her early thirties with a guitar was teaching a group of older teenagers Shir HaMa’alot, which is traditionally sung before the Grace After Meals (bentching) on Shabbat and holidays. It was pretty clear that many of the kids weren’t that familiar with the words or the tune; I knew the words of course, but not the tune. But within a minute or two she had their (and my) full attention, and by the end of the half-hour we were all singing it easily and joyfully.

There was something about her. Yes, she was charming, a wonderfully engaging teacher, lovely singer, charismatic, fun. But there was more. I sensed an aura of uniqueness; I felt that I was experiencing something distinctive, someone special.

And I was right. Her name: Debbie Friedman. 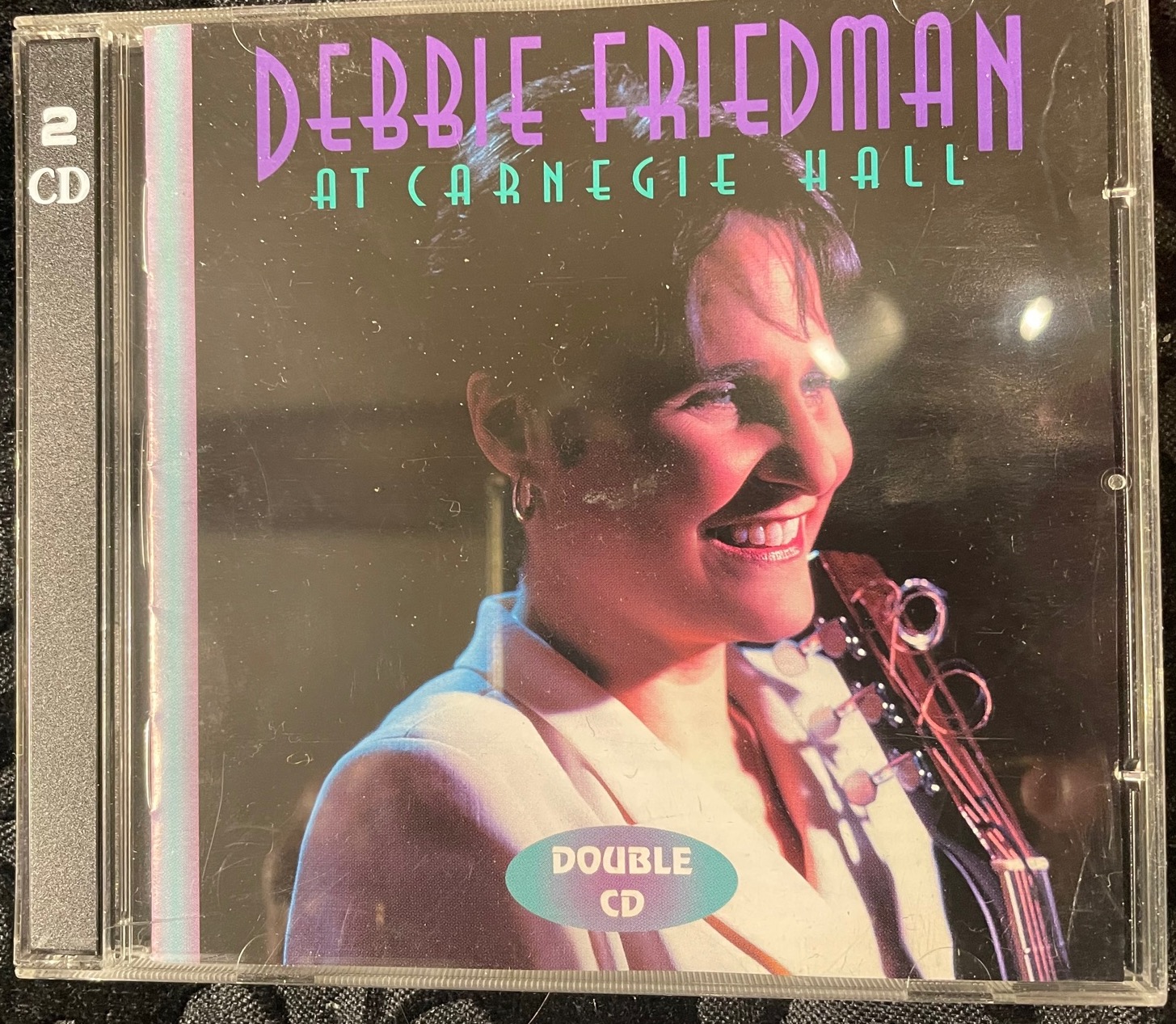 I attended another session the next day, where Debbie was singing and teaching other songs. There were stacks of different cassette tapes (remember those?) of her music for sale, and although I’m not a big spender I bought one copy of each.

When I spoke to Sharon about my BBI adventure over the phone that evening, she smiled indulgently when I told her of my find and the tapes. (Yes, I heard her smile over the phone.) In our family, she’s the trained musician, with a great voice and ear, and then she was a member of two choral groups. It was my job to pontificate about legal matters; music was her bailiwick.

She changed her tune (get it?), though, when I came home and she listened to the tapes. Indeed, one of her groups added at least two of Debbie’s songs to its repertoire, and we became Debbie Friedman fans as her fame began to grow throughout the Jewish community. Her music deeply resonated with us, not least because it was informed by Peter, Paul & Mary, Joan Baez, and Judy Collins, among our favorite folk singers of that period. 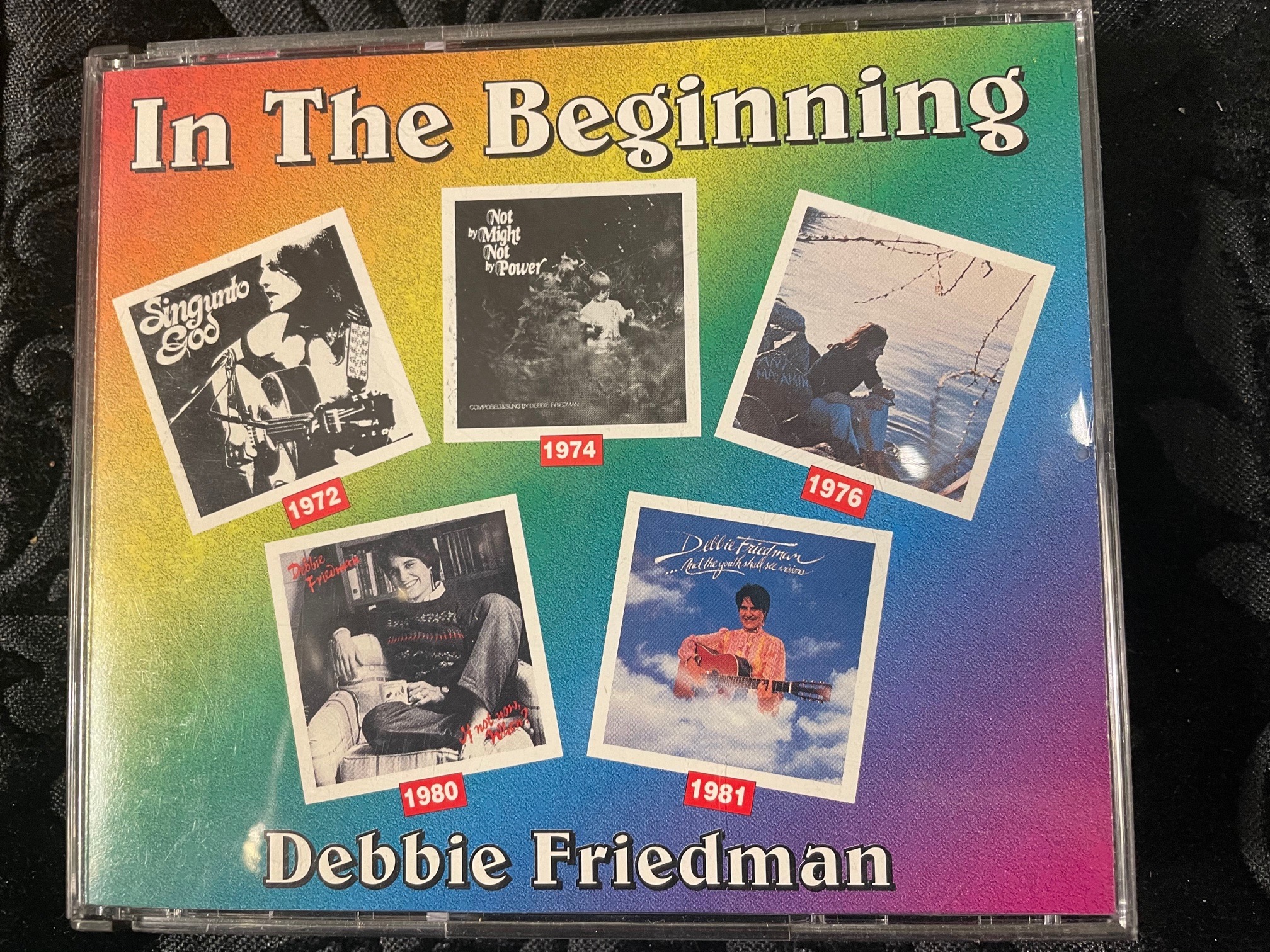 I remembered this adventure last week as Sharon and I watched a fascinating discussion about Debbie presented by the 92nd Street Y on what would have been her 70th birthday. (She died too young at 60.) The discussion, with family, friends (including Mandy Patinkin), her contemporary singer-songwriters, and protégés, was thoughtful, informative, and moving. It ended with a Zoom rendition of her last composition, “Shalom Aleichem,” performed by the Choral Ensembles of the Zamir Choral Foundation (with an opening solo by Teaneck’s own Zoe Grossman) that was breathtakingly beautiful and shouldn’t be missed. (The entire program can be found on the Y’s website.)

But what was most striking to me was how the program began; with a montage of 13 clips of all types of Jews singing Debbie’s Havdalah service. There were singers from Israel, America, England, and Uganda; groups from the Modern Orthodox, Charedi, Reform, Conservative, Orthodox, and Birthright communities; people — including teenagers, adults, cantors, single-sex and mixed groups, Jews of color, families, professionals, and those with voices like mine — singing in shuls, outdoors, on an army base, in homes, at communal events, in camp. There may be some affiliated Jews who weren’t represented in some way in the clips, but I can’t think of any off the top of my head.

Music, “the universal language of mankind” in Longfellow’s words, which “expresses that which cannot be said and on which it is impossible to be silent” in Hugo’s, demolishes walls. As Willie Nelson said, “music cuts through all boundaries and goes right to the soul.” Or Ella Fitzgerald: “Music brings people closer together.”

And that’s what Debbie Friedman and her music did. And continue to do. May her memory be for a blessing.