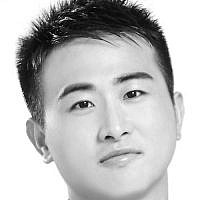 The Blogs
Yuan Jiang
Apply for a Blog
Advertisement
Please note that the posts on The Blogs are contributed by third parties. The opinions, facts and any media content in them are presented solely by the authors, and neither The Times of Israel nor its partners assume any responsibility for them. Please contact us in case of abuse. In case of abuse,
Report this post. 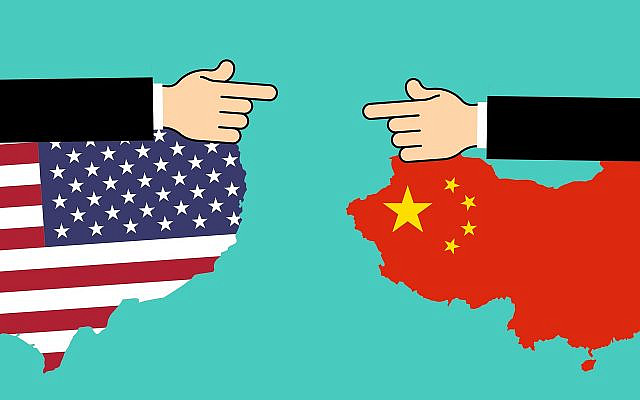 There has been a blame game between Washington and Beijing in terms of the source of the COVID-19. As stated by the Guardian and China Daily, President Donald Trump, and other American officials have called COVID-19 the “Chinese virus”, “Wuhan Virus” and one White House official is reported to have called it the “Kung Flu”. The Republican senator Tom Cotton questioned that the coronavirus could be a China-crafted bioweapon without providing evidence. Correspondingly, in China, a spokesman for the foreign ministry, Zhao Lijian, tweeted that “it might be the US army” that carried the virus to Wuhan, giving an official yet unofficial nod to a conspiracy theory that had been circulating on Chinese social media for some time.

Due to this situation, some authors and bureaucrats claim that the American and Chinese officials are engaged in a COVID 19-caused ideological battle, signifying an approaching new Cold War. However, I argue that this statement totally exaggerates the current situation, which does not constitute an ideological war but rather this is just a soft power clash.

Undeniably, China has proposed alternatives to the US-dominated world order and has pursued making it easier for Beijing and other governments with similar attributes to survive. However, according to Professor Jessica Chen Weiss, it is “less as a new Cold War and more as an emerging security dilemma, in which China and its efforts to make the world safer for Beijing appear to threaten the values of liberal democracies overseas, not by intent, but still as a consequence of its defensive efforts”.  It might be factual that the Washington and Beijing dislike each other because of ideological distinction, but for China, what Beijing wants is political stability without the intervention of foreign forces. To some extent, as Professor Weiss argues, Beijing “has just adopted offensive means to achieve its strategically defensive aims”. Furthermore, it might be possible that Beijing may embrace some dysfunctionality of the American system, but this is far away from confirming that Beijing has any massive ideological strategy to combat the US, or that it intends to export its ideology to the world.

In addition, the contemporary Chinese ideology, to some extent, does not create an ideological confrontation with the West. Professor Andrew Mertha argues that the current socialism with Chinese characteristics fully and entirely serves Beijing domestically rather than globally. Officially, the narrative of the China Model, Chinese Dream, and the Belt and Road Initiative are either just mottos with infinite explanation or well-acknowledged as vague and constantly evolving projects. They do not naturally form a vigorous ideology that can rival the US. Professor Mertha recently said, “the genuine narrative that has emerged under the Xi’s era, that of China reclaiming its proper place in the global pecking order, is also not an ideology but a blunt, albeit historically grounded, nationalist imperative”.

In fact, both sides are struggling to triumph in the narrative battle, a contest to win hearts and minds. Based on Joseph Nye, it is essentially a soft power clash that revolves around “the ability to get what you want through attraction rather than coercion or payments”. This attraction originates from justifying the legitimacy and morality of one country’s culture, political values and its foreign policies, in which the US and China are fighting to dwarf each other in the current pandemic. However, the increase of one country’s soft power does not originate from obstructing the soft power of another country. Quoting from Marcel H. Van Herpen, “the only way to become number one in the league of soft-power champions is to become more attractive”. In this geopolitical beauty competition, the US and China do not become more beautiful by denigrating each other. “One wins only because one has the best qualifications”.

Unfortunately, what we see now is squabbling between Sino-American officials on whom is to blame for the pandemic, rather than finding ways to live with each other and solve the problem together, which has essentially decreased the soft power of both sides. Especially for the US, the recent G7 meeting was not even capable of issuing a joint statement on the worldwide pandemic, because the US rejected to sign anything that does not label the infection as “Wuhan Virus”. As Fareed Zakaria criticized, “the disputes sound like something from high school”. It is understandable that President Trump wants to keep playing the “anti-China Card”. To some extent, it is endemic of a populist rhetoric that helped get him elected and may boost his approval ratings and maintain his political power for the upcoming election. However, where is the glorious image of American global leadership? Is the recent Trump-initiated Sino-American trade war supposed to keep the position of America as the single superpower and expel any potential challengers? If so, where is the world leadership that the US has always wanted to exhibit to win the soft power battle by cooperating with other countries to unravel each difficulty? This is the crucial component of the Sino-American power competition that President Trump fails to realize.

About the Author
Yuan Jiang is a Chinese PhD student currently studying at the Queensland University of Technology. He is affiliated with the QUT Digital Media Research Centre. He completed his Master’s Degree in political science at Moscow State Institute of International Relations as a Russian Speaker and Bachelor’s degree of law at Shanghai University. He served as an Account Manager of ZTE Corporation in Moscow and special correspondent in Asia Weekly and Pengpai News. His writing has also appeared in The Diplomat, South China Morning Post, Australian Institute of International Affairs, China Brief-The Jamestown Foundation, Global Times (English Edition), US-China Perception Monitor, Southern People Weekly Magazine, People’s Daily (Overseas Edition), Caixin and Kanshijie Magazine. As a Chinese student and journalist, he was invited to comment on Financial Times, Russia Today and some Russian TV and radio several times.
Related Topics
Related Posts
Comments