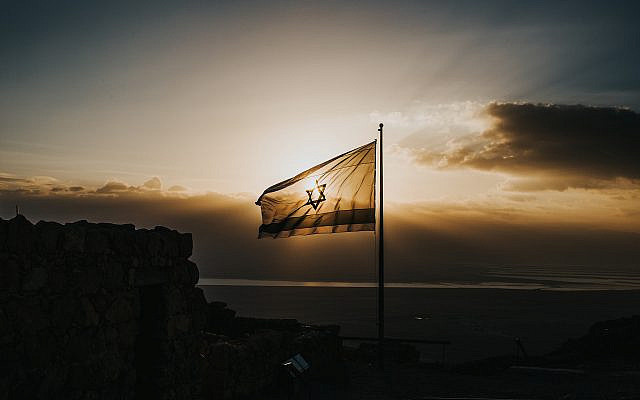 This past week we celebrated Yom Yerushalayim, marking the 54th anniversary of Jerusalem’s reunification. Yom Yerushalayim usually falls out before or after we read Parshat Bamidbar which opens with a census, a counting of the Jewish people.  I always wondered whether there was some kind of connection, some thematic link, between the day we celebrate the reunification of Jerusalem in modernity and the counting of the Jewish people in the wilderness.

Given the barrage of rocket attacks to which Israel has been subject this week, we could use some words of comfort and spiritual healing.

What is the common denominator of each of these three times in our history when God counted our ancestors? They are all times of crisis and vulnerability. It seems that at every moment of uncertainty and insecurity, God counts His people. First, when the Jewish people left Egypt and the children of Israel were anxious as to what would happen to them now that they were free — now that their destiny was in their own hands.  Second, after the sin of the golden calf, when the people felt totally rejected by God and by Moses who left the camp, wondering whether they were still worthy of Hashem’s attention and love. And finally, after the Jewish people built the Tabernacle and God caused His presence to dwell among them. That too created a level of insecurity among the people, perhaps causing them to ask themselves, “Are we worthy to live amongst the Divine presence? Can we handle the increased level of spiritual closeness?”

And so, in each of these moments of insecurity, God counts the Jewish people because as Rashi teaches, counting is a way to demonstrate one’s love. You count something you love. And so, at each juncture when God sees the Jewish people doubting themselves and their relationship with Him, Hashem counts them to show them He still loves them.

This phenomenon did not end in the wilderness. Later in Jewish history, at other times of uncertainty, God continued to demonstrate that He is still “there” for the Jewish people.  In modern history, the reunification of Jerusalem was such a time.

If there ever was a moment in Israel’s history when the Jewish people felt vulnerable and unsure of their future, it was the weeks before the Six Day War. On May 15, 1967, Egyptian troops began moving near the Israeli border and by May 18, Syrian troops were prepared for battle along the Golan Heights. Egypt’s belligerent leader Abdul Nasser ordered the UN Emergency Force to withdraw and over the airways, he proclaimed: “As of today, there no longer exists an international emergency force to protect Israel…The sole method we shall apply against Israel is total war, which will result in the extermination of Zionist existence”.  On May 20, Syrian Defense Minister Hafez Assad declared: “Our forces are now entirely ready not only to repulse the aggression…to explode the Zionist presence in the Arab homeland…the time has come to enter into a battle of annihilation.”

On May 22, Egypt closed the Straits of Tiran to all Israeli shipping, cutting off Israel’s only supply route with Asia and stopping the flow of oil.  King Hussein of Jordan entered into a defense pact with Egypt and Nasser announced: “The armies of Egypt, Jordan, Syria, and Lebanon are poised on the border of Israel…to face the challenge, while standing behind us are the armies of Iraq, Algeria, Kuwait, Sudan, and the whole Arab nation…we have reached the stage of serious action and not declarations”. The President of Iraq declared: “Our goal is clear—to wipe Israel off the map”. On June 4, Iraq joined the military alliance with Egypt, Jordan, and Syria.

Israel had been on high alert for weeks and the level of tension and anxiety was enormous. Israelis began preparing for the worst, digging graves in Tel Aviv and preparing for a huge refugee crisis.

In a matter of six days, everything changed.  On June 5, the order was given to preemptively strike rather than wait to be attacked.  At 7:14am, virtually the entire Israeli air force took off and, within less than two hours, approximately 300 Egyptian aircraft were destroyed. A few hours later Israeli fighters were sent to attack the Jordanian and Syrian air forces as well as one airfield in Iraq. By the end of the first day, almost the entire Egyptian and Jordanian air forces and half the Syrians had been destroyed on the ground.

The battle then moved to the ground and some of history’s greatest tank battles were fought between Egyptian and Israeli armor in the hot conditions of the Sinai desert. While most IDF forces were fighting the Egyptians and Jordanians, a small heroic group of soldiers was left to defend the northern border against the Syrians. And it wasn’t until the Jordanians and the Egyptians were defeated that Israel was able to send reinforcements to the Golan Heights where Syrian gunners had control of the strategic high ground. After two days of heavy air bombardment, Israeli forces finally succeeded in breaking through Syrian lines. Ultimately the Jordanians joined in the attack and in only three days Israeli forces defeated the well-reputed Jordanian legions.

On the morning of June 7, the order was given to recapture the Old City of Jerusalem.  Israeli paratroopers stormed the city and secured it before Defense Minister Moshe Dayan arrived with Chief of Staff Yitzchak Rabin to formally mark the Jewish people’s return to their historic capital and their holiest site. At the Kotel, Chief Rabbi Moshe Goren blew a shofar to celebrate the event as the Jewish people stood praying at the Kotel for the first time in 2000 years.

In a completely defensive war — a war that could have easily meant the end of the Jewish State — Israel not only defended herself but by the end of those six days, it had conquered three times as much territory as it had before. She unified Jerusalem, captured the Sinai Peninsula, the Golan Heights, the Gaza Strip, and the entire West Bank. As David Sprung, who fought in the Six Day War, tells the MJE group I bring to Israel each summer: “What I saw was nothing short of a miracle”.

In my mind, the Six Day War was God’s way of reminding us that He is still with the Jewish people. At the moment of our greatest vulnerability, as Jews were preparing for the worst, God demonstrated to us and to the entire world that we are not alone.  As in the wilderness, when God counted the Jewish people, the success of the war demonstrated Hashem’s love for us by blessing the IDF with the great victory they achieved and by giving us the gift of Yerushalayim.

If we view Yerushalayim’s reunification as a modern expression of Hashem’s love for the Jewish people, we will cherish it that much more. As Israel slowly starts to open its borders — besides, of course, considering Aliyah — let us be sure to visit more often, planning more of our vacationing and personnel funding around traveling there, as well as being more vocal when she is unfairly criticized in the media. That time is once again upon us, as is the feeling of vulnerability which Hamas’s rocket attacks have created.

Im ehskachech yerushalayim, tishkach yimini, “If I forget thee O Jerusalem, let my right hand be forgotten.” To forget Jerusalem is to forget a part of who we are, and Hashem’s special love for His people. May we continue to feel God’s love and protection today and may He bless the IDF with continued success in all they do to protect the Jewish people.